Dia de San Pedro 2016 festivities culminated on Sunday, July 3rd with a kayak race that saw nine teams paddling around the island in hopes of winning the grand prize. Participants competed in the Male, Female and Junior categories, racing from Boca del Rio Park to around the southern part of the island.
Shortly after 10AM, kayakers went past the Sir Barry Bowen Bridge, headed to the leeward side of the island. They made their way through thick mangrove wetlands and circled round the southern portion of the island after navigating through a small channel that connects the lagoon and the Caribbean Sea. 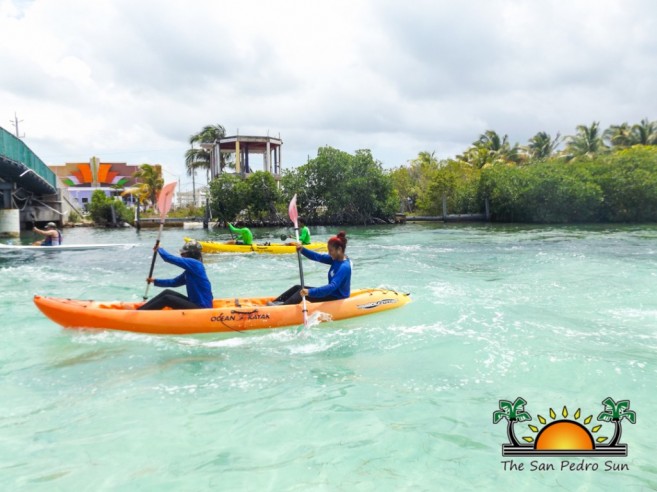 During the last phase of the race, kayakers struggled as they paddled against the strong currents and Easterly winds. The leading teams kept in a steady pace as they braced for the final sprint to the finishing line. After nearly three hours of paddling, and having covered 13.5 nautical miles, the race came to an end in front of the Central Park. 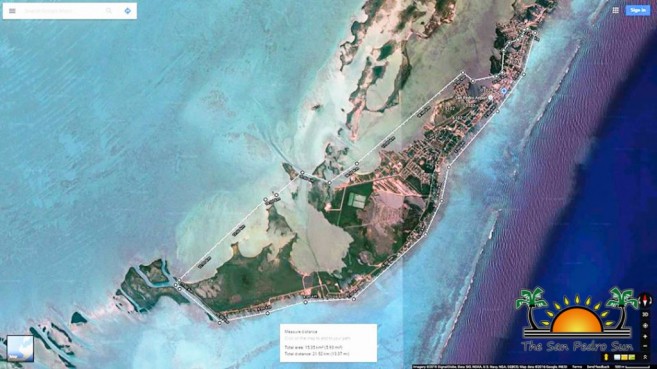 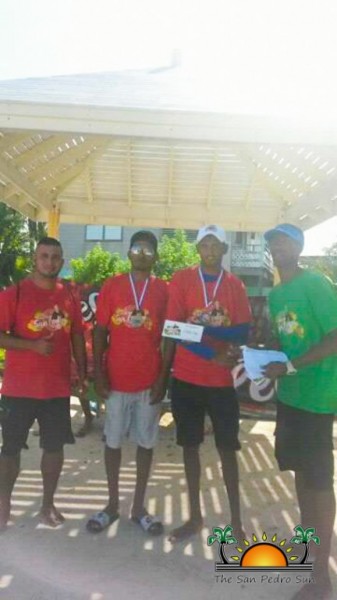 In the Juniors Category, Belmopan Active Youths with team members Derocy Haylock and Jahrodd Guy took first place with a final time of 3:34:19 and a cash prize of $300. In second place was Team Wayo’s Boyz comprised of Gilbert Alamilla and Henry Gonzalez. They received a prize of $100 and also an award for being the team with the youngest paddler (Henry Gonzalez 13 years old).
In the Female Category, first prize went to Team Island Girls, comprised of Emelie Cerpa and Venancia Choc; they received a cash prize of $200. Team Guydis Girls, with Avis Guydis and Christa Guydis, was also awarded for their participation with a cash prize of $175. There was a moment when this team was about to quit the race when one of the paddlers was unable to continue, however, their dad, Chris Guydis assisted the team in finishing the race.