Over the course of five days, San Pedro Town honoured its Patron Saint via El Dia de San Pedro festivities. From Wednesday, June 28th through Sunday, July 2nd, celebrations were held at the Honourable Louis Sylvestre Sporting Complex. The annual celebration began on Thursday aiming to promote unity, history and the island’s culture and tradition. The different events during the week-long festivities embraced San Pedro’s beginnings as a small fishing village and the importance of Saint Peter, the patron saint of the fishermen. 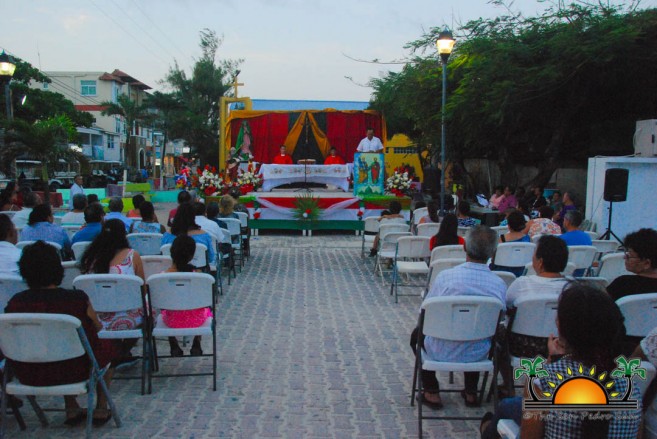 On Wednesday, the San Pedro House of Culture, San Pedro Roman Catholic Church and island residents convened at Saint Peter’s statue outside of the Catholic Church to start the festivities. Attendees were delighted with a performance by the San Jose Palmar cultural group from Orange Walk Town. Other presentations included The San Pedro Dance Academy, The Trio, and El Mariachi. 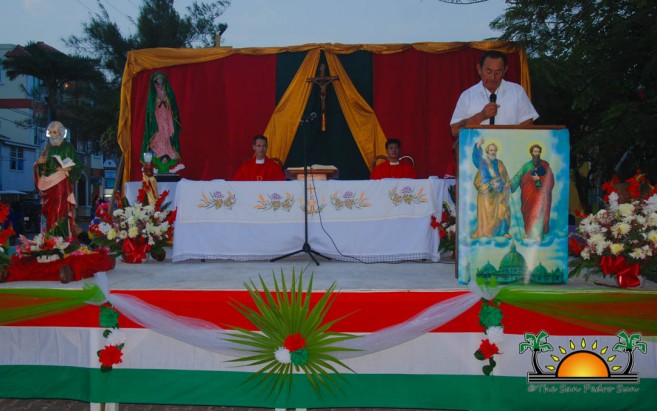 Early on the official day of Saint Peter, on Thursday, June 29th, the celebration continued with the traditional Misa de Pescadores (fishermen’s mass) at the San Pedro Roman Catholic Church at 4AM. At the mass, Saint Peter was thanked for all the blessings he has given to San Pedro Town, and fishermen asked for another prosperous fishing year. Following the mass, The San Pedro Town Council hosted a fishermen’s breakfast at the Lions Den. Later on at 6AM, all fishermen gathered in front of the Central Park for a boat procession. As every year, leading the procession was the vessel with Saint Peter mounted on the bow of the boat. When the procession was over, the boats and the fishermen were blessed by Catholic Priest Scott Giuliani. 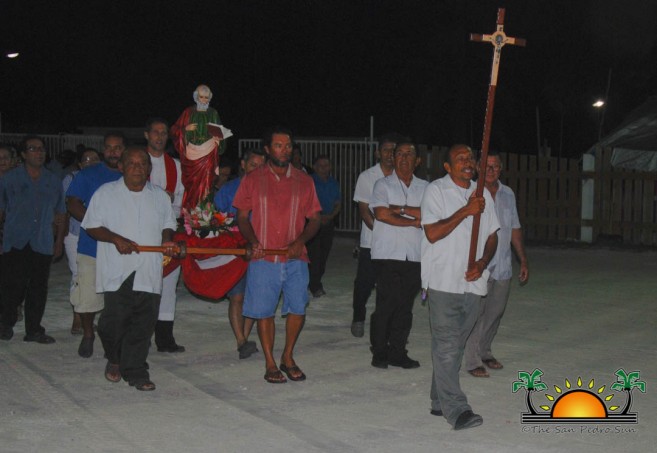 Later on that same day, an official tribute to San Pedro was held at the Honourable Louis Sylvestre Sporting Complex shortly after 8PM. The event featured video presentations on the hard working people of San Pedro, and its evolution from a small fishing village to the busy town that it is today. Mayor Daniel Guerrero commended all those residents on the island that have contributed to the development of San Pedro and encouraged everyone to continue working together for a better town. The evening also included presentations by Dayanara Manzano, music by Wil and Dale. The night’s event ended with a spectacular display of fireworks, followed by the performance of the island’s number one band, Rompe Raja! 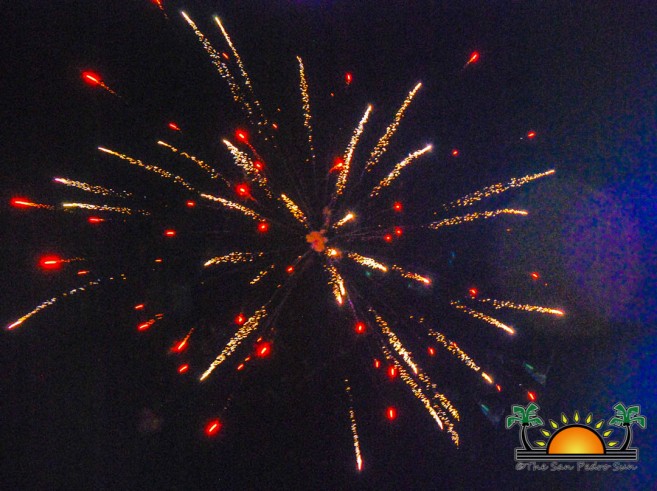 The highlight of the celebrations tipped off on Friday, June 30th, with official opening ceremonies for Dia de San Pedro. Hundreds of spectators made their way to the Honourable Louis Sylvestre Sporting Complex to enjoy an evening filled with cultural music, dance and food. Mayor Daniel Guerrero was first to deliver his remarks, emphasizing the importance of keeping culture and tradition alive. He acknowledged everyone who has made the island to where it is now. 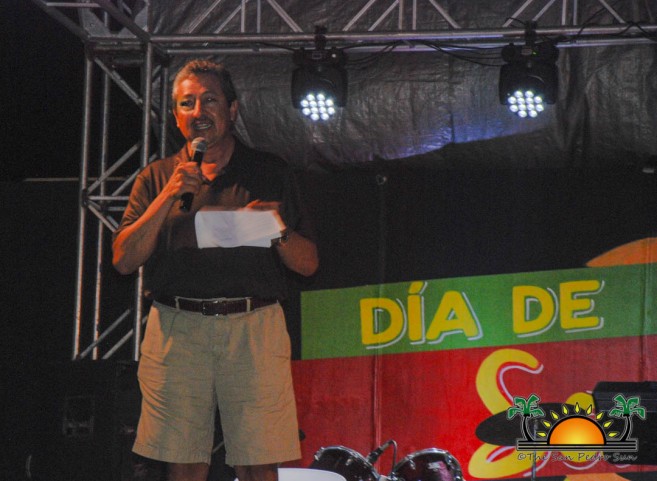 Guerrero spoke a bit about the history of the fishermen on the island, who would go out at sea for days. They would always ask for the blessing of Saint Peter for their safe return home and a good catch. He believes that up to today, that blessing is what keeps the few fishermen on the island alive, and encouraged them to continue one of the island’s oldest trades. 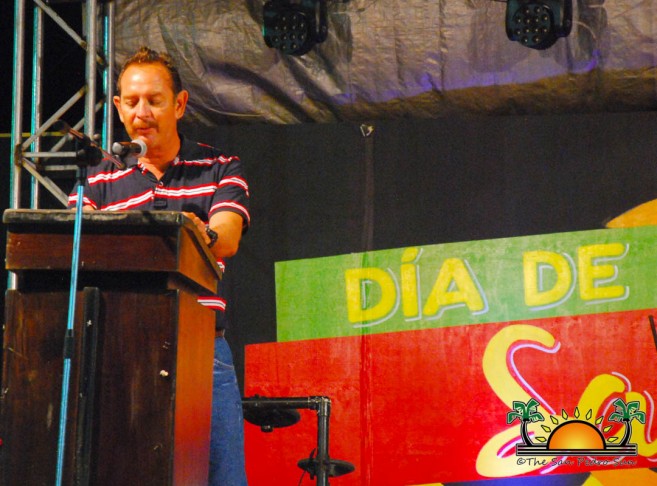 Guest speaker of the evening was Hol Chan Manager, Miguel Alamilla. He also spoke about the island’s start as a fishing village. He mentioned that during the young days of the fishermen, the only commercial markets for fish was in Corozal District in Northern Belize. He touched on the traditional things that were done back then on the island, which included the eating of turtle eggs and bonefish. Today, he is an advocate on the protection of these species and he leads a conservation program at Hol Chan. “Today, the barrier reef is the backbone of the island economy and as a community we need to understand that a healthy coral reef is very important and as such we must responsible guardians of this natural treasure,” he said. Alamilla reminded everyone that as the town grows, greater challenges lie ahead, and as such, he asked for sustainable development in order to continue preserving the natural resources that contribute to the economy of the country and Ambergris Caye. 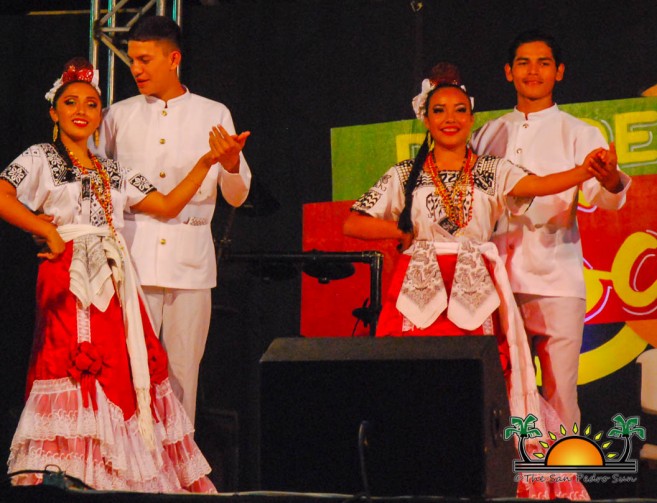 Following the official remarks, it was time for the entertainment segment of the evening. Jael August delighted attendees with her melodious voice as she sang some of her original songs. There were cultural presentations by The San Pedro Dance Academy and folkloric dances by Xanab-Kin, a cultural dance group from Campeche, Mexico. The night’s event ended with a Garifuna presentation by the Charikanari Dance Group followed by a performance of Punta Boyz, who had everyone up dancing.

Celebrations continued on Saturday night with gates opening at 6PM. The schedule of events included Yaka’s Elite Dancers performing on stage along with Xanab-Kin. The main event of the evening was a comedy show with Mexican comedian, Puroxona, who had everyone laughing with his unique monologue. To cap off the night, Super Furia Band struck up their cumbia tunes until the wee hours of the night. 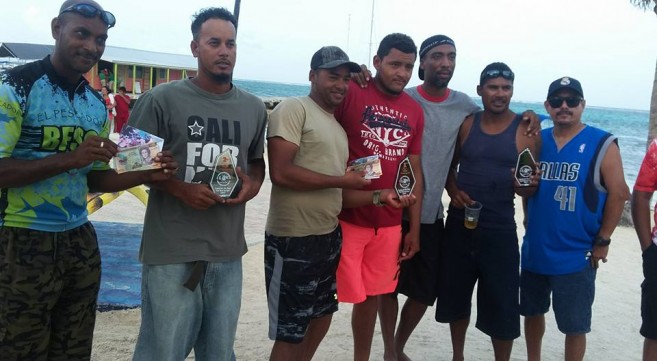 The festivities culminated on Sunday, July 2nd with a beach party in front of the Central Park. It was a fun day with lots to each and drink and great music. A Kayak race around the island was also held, with many teams competing for the first place title. After around three hours, the champions for this year’s Dia de San Pedro Kayak Race were Daniel Gregorio and Roy Bradley.

The San Pedro Town Council would to thank everyone who made this year’s festivities possible. A HUGE thanks go out to everyone who participated in all the activities to commemorate the island’s Saint Patron, San Pedro!