San Pedranos and visitors alike honored the island’s Patron Saint with the annual celebration of ‘El Dia de San Pedro’ from Friday, June 28th to Saturday, June 29th. The celebration was held at the Honourable Louis Sylvestre Sporting Complex with local and international entertainment. The traditional event also included an early morning mass, boat procession and the blessing of fishermen vessels for a successful fishing season. 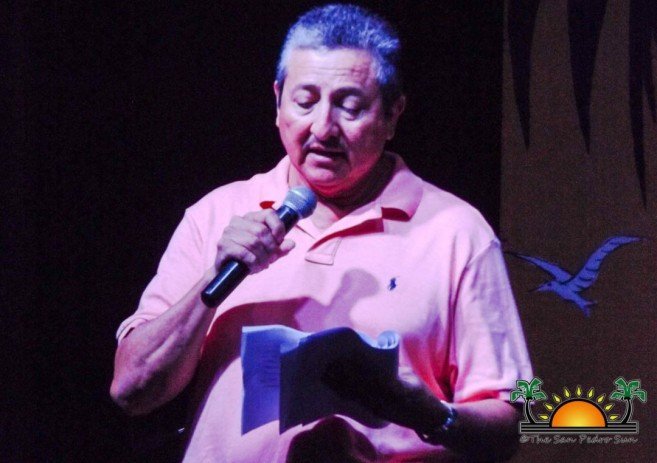 The festival officially opened on Friday with Mayor Daniel Guerrero leading a short ceremony. He spoke of the importance to keep the tradition alive and shared the history of the town, which was once a tiny fishing village. He touched on the importance of the religious side of the event, noting a decrease in interest in the festivities year after year. “If we do not embrace the religious part of this celebration, then our social values will collapse,” said Guerrero. Guerrero then briefly spoke on the recent crime incidents on the island which left a tourist dead, causing a dent on the tourism industry. Guerrero appealed to the public to work with the authorities and held in making the island a safer place for everyone.

The rest of the evening saw a repertoire of entertainment including a kid’s show from Mexico. The San Pedro Dance Academy delighted the attendees with several dances, while a Mexican Mariachi group, ‘Tierra Maya,’ had the crowd singing to their rancheras. Closing the first night of activities, was the island’s number one band, Rompe Raja! 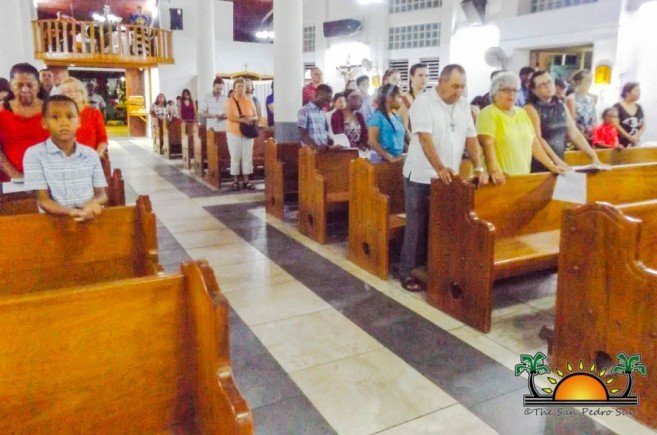 Early the next day, at 4AM, the traditional fishermen mass took place inside the San Pedro Roman Catholic Church. Afterward, everyone moved to the Lions Den for breakfast while being serenaded by Mariachi Tierra Maya. Around 6AM, a boat procession left from the Municipal Pier located in front of the Central Park. The procession took the opportunity to visit an area one mile west off the coast of Ambergris Caye, where local tour guide Mario Graniel and American tourist Dr. Gary Swank were murdered on Sunday, June 23rd. 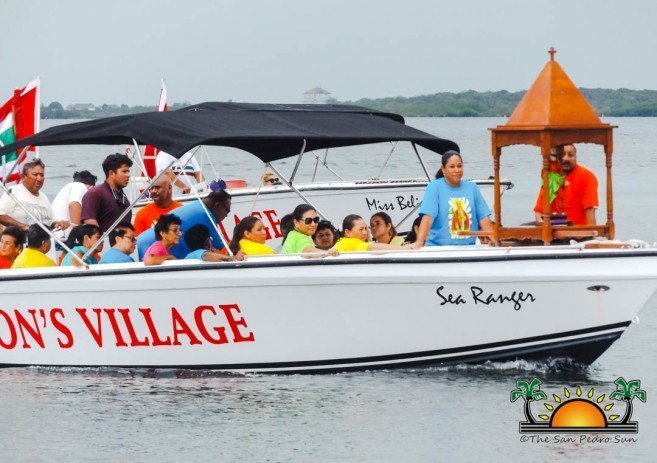 Pastor Scott Giuliani and the group of faithful Catholics on the boats prayed for Graniel and Swank onsite. Afterward, they headed to the embarcadero side of the island near the Honourable Louis Sylvestre Sporting Complex were all boats and fishermen were blessed. Later in the evening, another mass was held inside the Catholic Church.

The second-day entertainment with a fair and another show for the kids was held starting at 7PM at the Honourable Luis Sylvestre Sporting Complex. The San Pedro Dance Academy once again awed the crowd with their dancing numbers. A firework show followed, lighting the sky with colorful explosions and opening the floor for Mexican comedian Dari Dari. His performance had the audience laughing and singing as he impersonated popular singers like Vicente Fernandez, the late Juan Gabriel, and Rigo Tovar among others. Closing the event for this year was Caribbean Kings Band with a selection of Punta and Cumbia hits.

The San Pedro Town Council thanks everyone that was part of the celebration and looks forward to another memorable event in 2020.