The San Pedro FC scored three goals in six minutes to celebrate a 3-0 victory over Carlston FC of Belize City when the McLean Insurance Brokers Under-17 football tournament organized by the Belize District Football Association kicked off at the M.C.C. grounds in Belize City on Saturday, July 16. 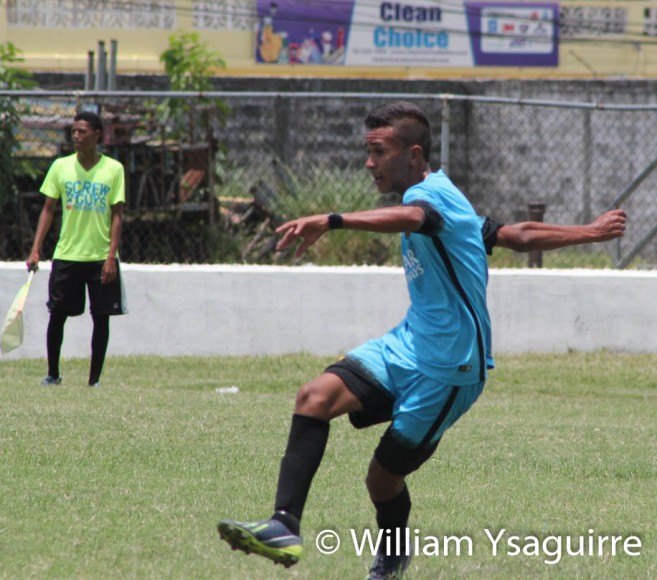 Jhoan Alvarez and Dixon Paguada led the San Pedro offensive supported by Arnold Flowers and Ian Pou on the wings, and Christian Medina and David James at midfield. The Carlston defenders Jamil Awayo, Shawn Norberto and Jonathan Casimiro held off their attacks for the first 15 minutes of play.

The Carlston boys could not get the ball past midfield, as the San Pedro defence Eduardo Ack, Jorge Castillo and Wilson Cruz were there to break up the plays and share the ball out to their wingers. Arnold Flowers drove the ball solo up the left flank, and the Carlston’s goalie seeing his defenders outplayed, came out of his goal to meet Flowers’ charge. The wily Arnold, seeing the goalie was off his line, took advantage of the space to nimbly lob over the goalie’s head to bounce into the empty net: 1-0 in the 15th minute. 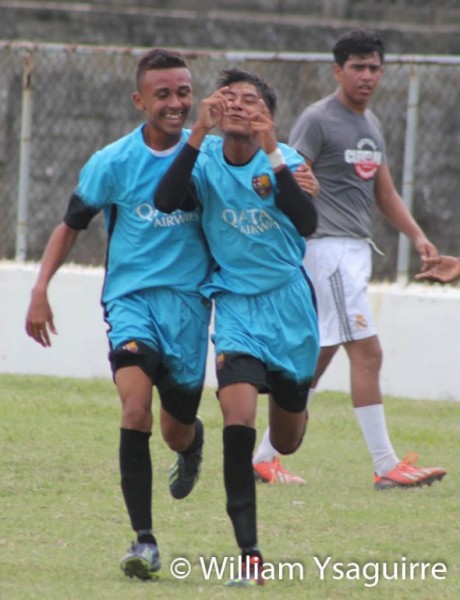 On the next paly Jhoan Alvarez attacked on the right sideline and evaded he defence to center the ball to Ian Pou, who found Dixon Paguada on the left for the finish and a second goal in the 18th minute.
Then Ian Pou drove the ball up the middle to forward a pass to Jhoan Alvarez, who also beat the hapless keeper for a 3rd goal in the 21st minute. 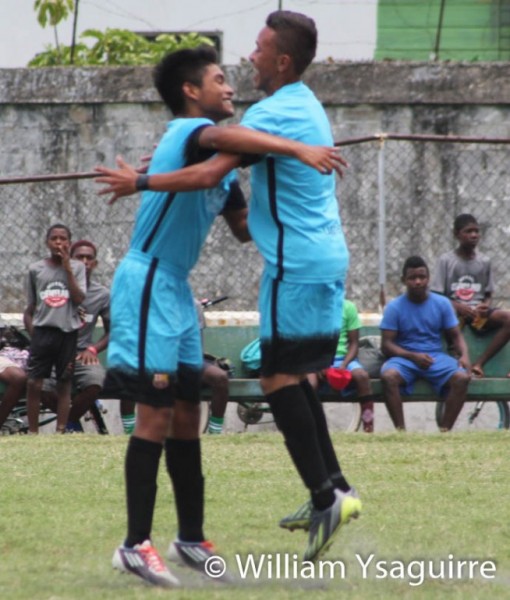 Down at the other end, Michael Henry, Derrick Castillo and Dennis Aranda were trying to get an attack going, but San Pedro’s sweeper Izzy Rivero broke up all plays to help his goalkeeper Christian Orellano secure a 3-0 lead up to the half. 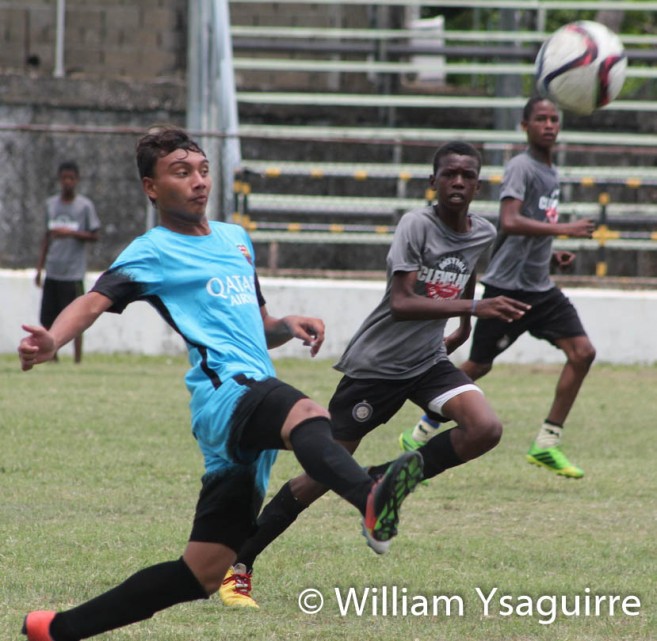 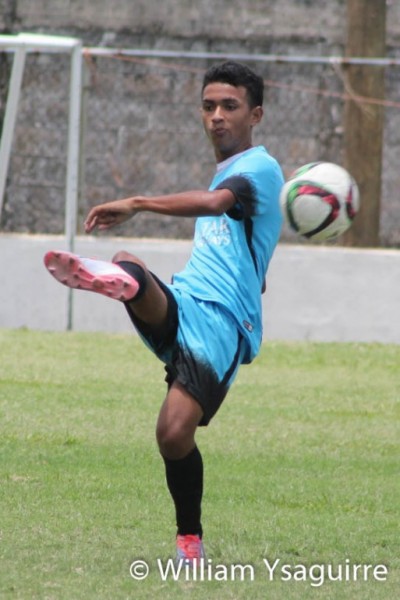 Carlston changed keepers and gave up no more goals, but the San Pedro defence kept them off the scoreboard for the 3-0 win. 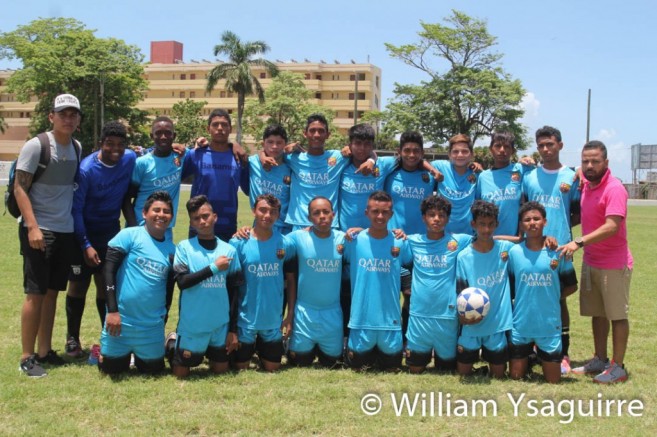 San Pedro’s midweek match with Warriors FC has been pushed back to the weekend when they will play 2 games, one in the morning and another in the afternoon, to reduce transportation costs to the city.
In the other matches of the day, the Brown Bombers mauled the Ladyville Jaguars 7-3, with Tyreek “Pippin” Muschamp scoring a hat trick plus one, while Sergio Andrade, Christian Gladden and Jovaun Ramos each scored a goal. Allen Anderson scored a hat trick for the Jaguars.

In Game 3, the Hattieville Riverside Boys won 2-1 against the Collet Strikers, with goals by Egbert Myers and Mario Rivera, while Jomel David came off the Collet bench in the 2ndhalf to score their only goal for the Strikers. The Hattieville boys challenge the Ladyville Jaguars on Thursday, July 21.