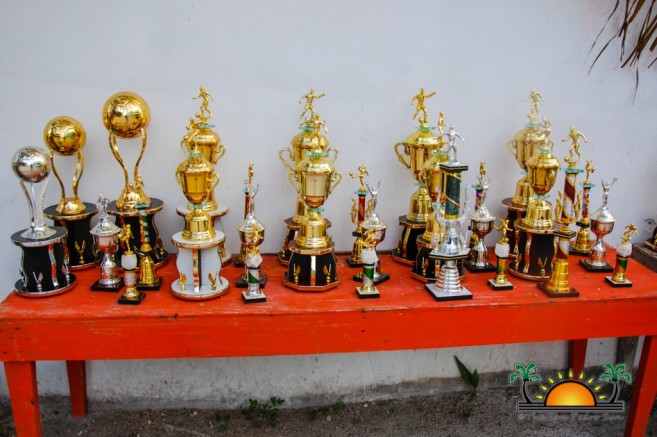 The San Pedro High School and Island Citizen Sporting Club crowned six champions during the finals of the Five –A-Side Football Tournament on Sunday, July 24th at the Angel Nuñez Auditorium. It was a busy day as large crowds came out in full force to support their favourite teams. The teams that rose as champions in their respective divisions were Bayern Munich A Under 11, Inter de Milan, Under 13, Real F.C Jrs Under 15, San Pedro High School Blazers Under 17, Spice Girls, and Scorpions F.C in the senior category. 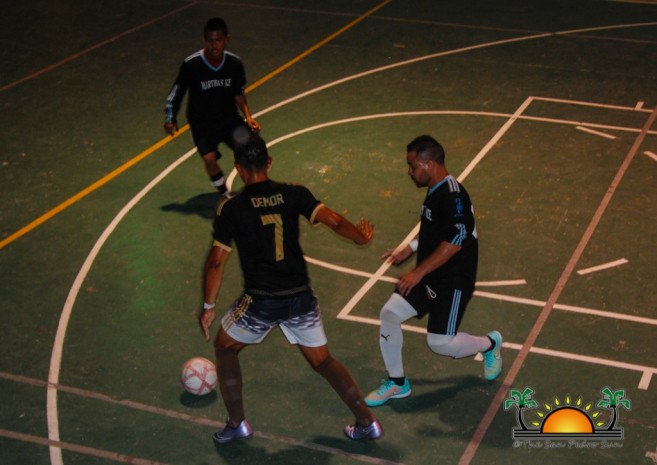 The finals started at 11AM with El Pescador FC Under 11 taking on Bayern Munich B. Bayern Munich B got the win via penalty shots, 3-1 and they took the third place trophy and prizes.

Battling for the first place in this division was F.C America and Bayern Munich A. It was a tough match, but with a score of 4-3 in penalty shots Bayern Munich A was crowned the champion.

In the Under 13 division, Liverpool faced P.S.G to determine the third place winner. With a 4-1 point win, Liverpool walked away with the trophy and prizes. Scorpion and Inter de Milan battled for first place, and after a heated game, Inter de Milan emerged victorious with a final score of 4-2. 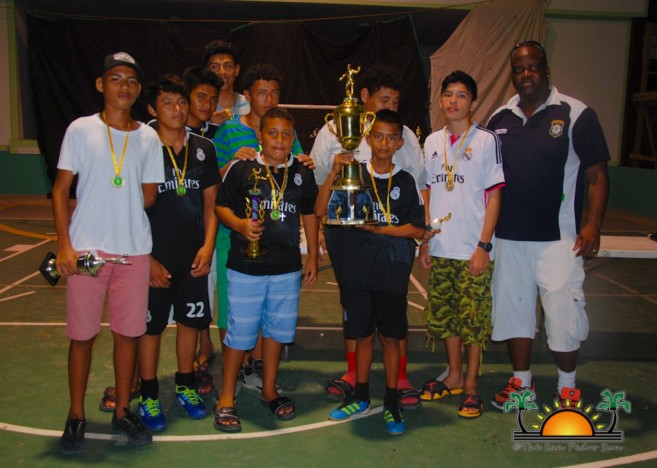 In the Under 15 division, Manchester United took third place via default. Green Hornets then took on Real F.C Jrs for the first place. After a match that saw close scores, Real F.C Jrs ended up with the championship in a 4-2 final point game. Next was the Under 17 division with the only two teams, Island Boys facing San Pedro High School (SPHS) Blazers.

After a great lead by Island Boys, the SPHS Blazers closed the margin, claiming the first place with a 4-3 point game. In the female category, two powerhouses faced off each other: Spice Girls vs. Blue Ocean Sand Girls.

It was another exciting tight match, with goals coming from both teams throughout the game. In the end, the win, and the Female Championship trophy and prizes, went to Spice Girls who defeated Blue Ocean Sand Girls in a 5-3 point game.

Then it was time for the final match of the tournament: the senior category. Competing for third place were Los Catrachos and Boca Bombers. Los Catrachos had won the competition in the 2015, but this time they fell short of the championship game. Nevertheless, they battled a strong Boca Bombers team, defeating them and taking the third place in a 7-4 game point.

Organizers would like to thank all the teams that participated in the Five-a-side Football Tournament as well as all sponsors and supporters. Congratulations to all the champions!
Season 3 of Five –A-Side Football is scheduled from Thursday, July 28th through Monday, August 22nd at the Angel Nuñez Auditorium.