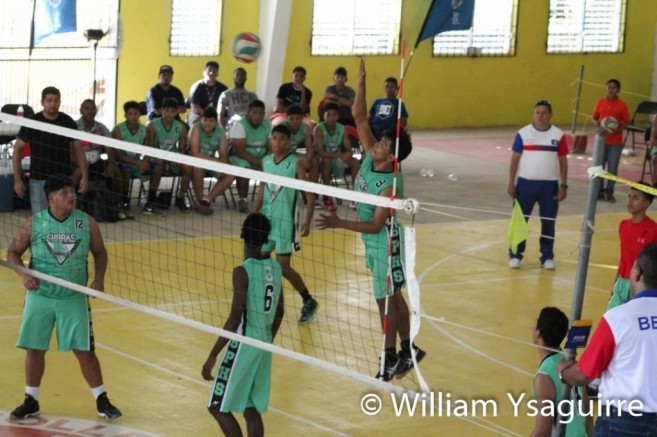 In Game One on Friday evening, the Central Zone champs, the Belize High School (BHS) boys qualified to the finals by toppling the defending national champs, the Toledo Community College (TCC) boys in hard fought duel that went the full 5 sets. BHS’ Luis Marin and Michael Jenkins spiked TCC on balls set by Zach Ortiz and Sergio Pech, and Christopher Ning and Alejandro Cuellar blocked and helped receive to win the first set: 25-18. 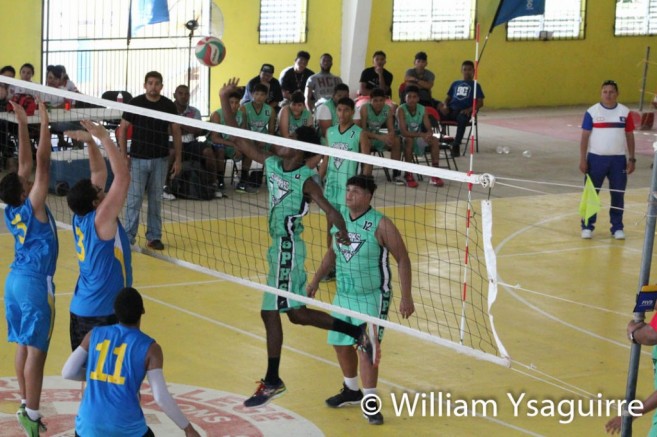 TCC’s Rajiv Mangar, Randall Wingright, Duane Guy and Brian Smith counterattacked furiously to take the next 2 sets: 25-17 and 25-19, but the BHS’ boys displayed true grit as they tied the game: 2-2. They made no changes off the bench as they won the 4th set: 25-23, and prevailed in the 5th set. After that, their concentration never faltered; as they took the fifth set: 15-13. 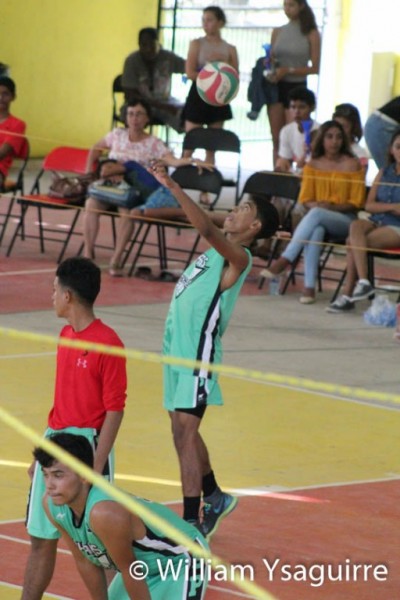 In Game Two, Friday’s nightcap, the Northern Zone champs, the Isla Bonita boys eliminated the Western Zone champs, the Sacred Heart College boys, another five-set duel. MVP Guillermo Nunez set the balls high for Samir Mejia, Luis Mencias, Christian Orellana and Josue Marin to spike home kills at the net as they dominated the 1st set: 25-13. Sacred Heart had the best attacker of the tournament – Kyron “Tut” Molina, who attacked from all six positions on the court, and his flying serves were almost like a spike. Isla Bonita forced the Cayo boys to extra points, but the host took send the 2nd set: 27-25.
The Isla Bonita boys won the third set: 25-17, but the hosts were also in it to win it and tied the game 2-2 by winning the 4th set: 27-25. Leonard Lopez and Jahson Wright came off the bench to help the 5th set: 15-5. 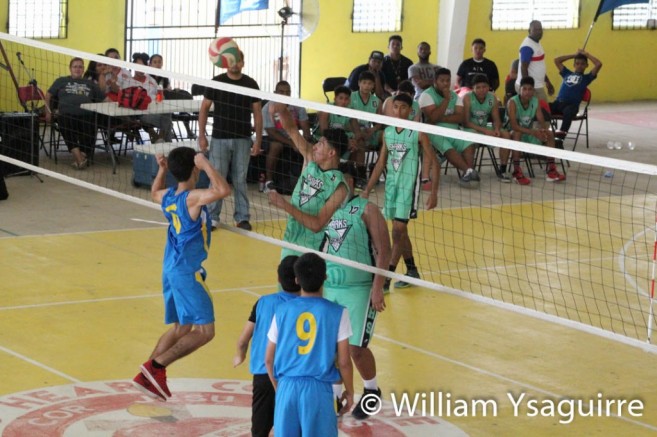 In Game 3, the consolation game for 3rd place Saturday morning, Molina’s jumping serves and kills at the net helped the hosts win the 1st set: 25-14. But the previous night’s efforts had taken their toll on Tut’s legs. TCC’s Eugen Benguche, Kevin Avilez, Randall Wingright and Zaine Cacho rallied a counterattack to win the next 3 sets: 25-10, 25-22 and 25-20. 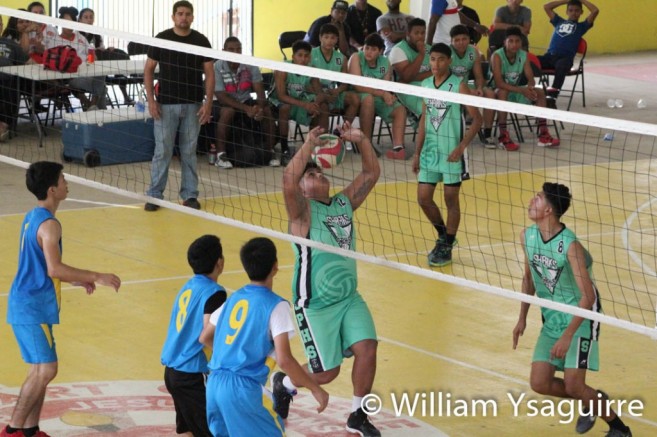 In Game Four the championship final Saturday afternoon, Isla Bonita did not have any easier time of it against the BHS boys. BHS’ Luis Marin and Michael Jenkins scored kills at the net on balls set by Zach Ortiz and Sergio Pech. Christopher Ning and Alejandro Cuellar also showed they had learned their lesson well from their coaches: Shantell Arnold and Zaire Garbutt of Belize’s senior national team, and the BHS boys dug up save after save to win the 1st set: 25-22. 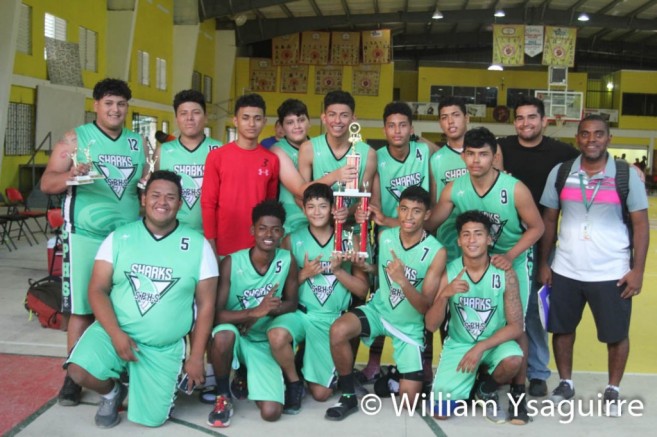 MVP Guillermo Nunez proved equally wily in finding the open space to trick the ball over the net, and Mejia, Mencias, Orellana and Marin scored kills at the net on plays set by Nunez to sweep the next 3 sets: 25-19, 28-26 and 25-18.

The 1st, 2nd and 3rd place winners received team trophies, from the SOL Belize tournament sponsors, with and individual medals to arrive at a later date.

On Monday, November 14th, the team along with the school staff and entire student body paraded through the streets of San Pedro Town. In honour of their grand victory, many residents greeted them on the streets and applauded their achievement.

The San Pedro Sun joins the entire community in congratulating the SPHS male volleyball team on a great win; you have made San Pedro Town proud! Keep up the hard work and continue to achieve greatness in sports!

Look out for the whole story with details of their victory in this week’s issue.

Five A Side Football Tournament to conduct first round elimination