Founder’s Day was celebrated at San Pedro High School (SPHS) on Monday, December 5th. The occasion commemorated the key individuals who helped establish the high school in 1971, while also celebrating Former President of SPHS Rafael Angel Nuñez’ birthday. The day’s events also included acknowledging the athletic achievements from both the male and female basketball team, as well as the male and female volleyball teams. The assembly took place at the Rafael Angel Nuñez Auditorium, where students from First to Fourth Form, teachers, and invited guests were in attendance. 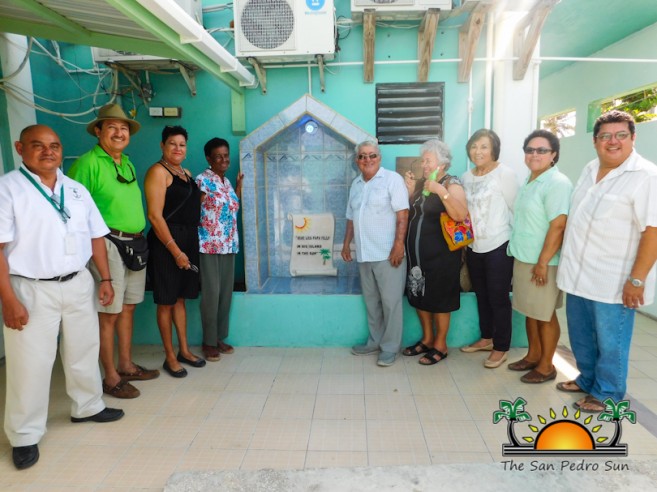 After a few musical and dance performances, students cheered as the female and male basketball players were awarded with trophies after recently winning the regional championships. The male volleyball team was also awarded with medals and a banner, while the female volleyball team received certificates from CODICADER (The Central American Council of Sports and Recreation).

To cap off the celebrations, Master of Ceremonies Alex Nuñez made a special dedication in honor of Angel Nuñez’ birthday. As students sang “Las Mañanitas”, a cake was delivered to Nuñez. After a few more presentations, students were treated to snacks and an early dismissal. Look for a detailed story in this week’s newspaper!