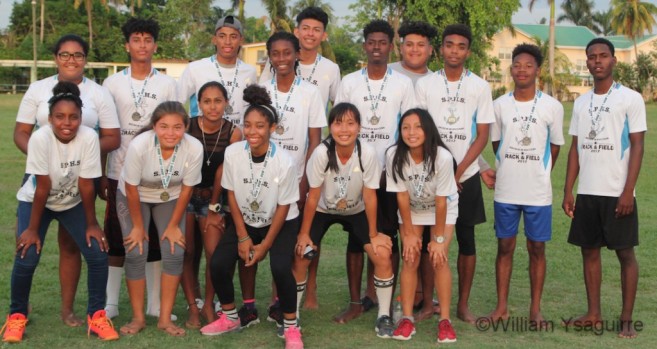 The Northern Zone ranked 3rd in the medal count with nine golds, 14 silver and 14 bronze. The Central zone won the most medals: 62, with the South ranked second with 44 medals. 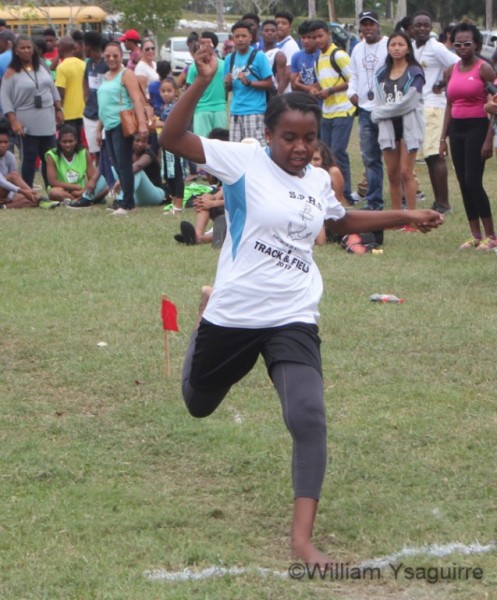 SPHS Aliyah Pilgrim and Aliyah Elliott ran the first two legs of the Senior 4x100m to win Gold, handing off to Tamira Nunez, and Muffles Aaliyah Leiva ran the anchor leg to win in 1:00.81. BHS Faith Morris anchored the Central team to win silver in 1:00.97, and the Western Zone girls claimed the bronze. 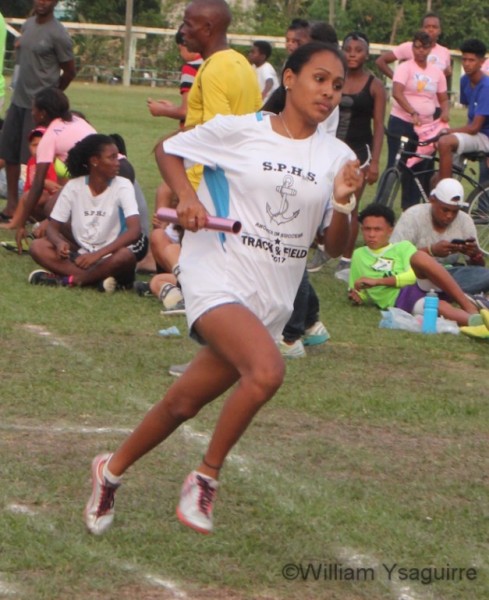 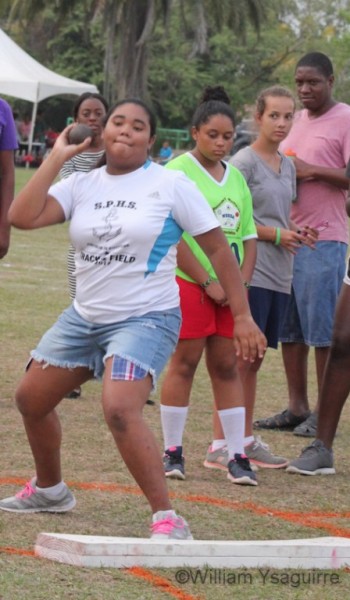 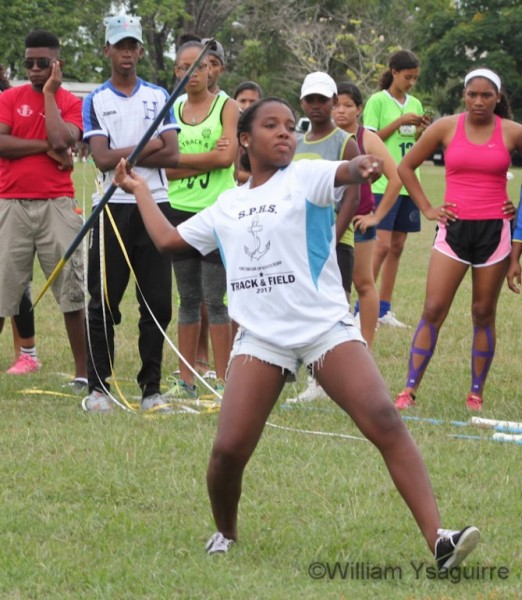 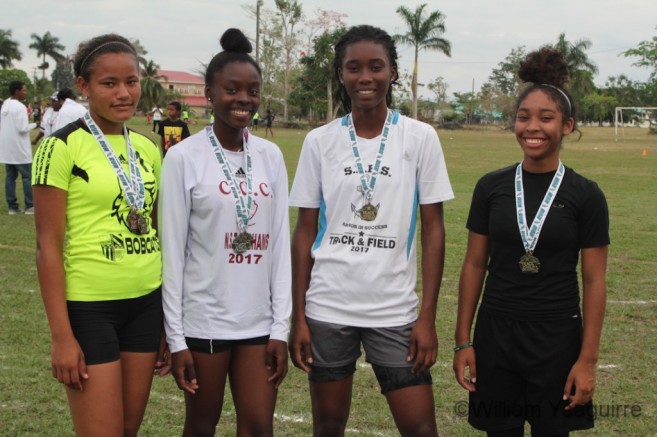 SPHS Babee Lopez also won bronze in Junior javelin with a throw of the javelin 19.26 meters, while BHS’ Danielle Reardon Smith won gold with a throw of 21.56m and Ecumenical’s Kelly Lopez threw 19.60m for silver. 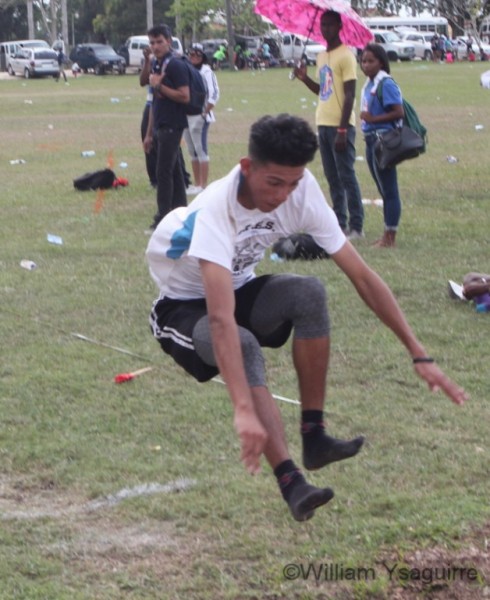 SPHS Ernest Arzu, Leonard Lopez and Jahson Wright to win silver in the 4x400m senior relay in 3:47.82, with CCC’s Canaan Smith running the anchor leg. The Southern boys won the gold in 3:23.37 and the Central Zone boys took bronze in 3:51.25. 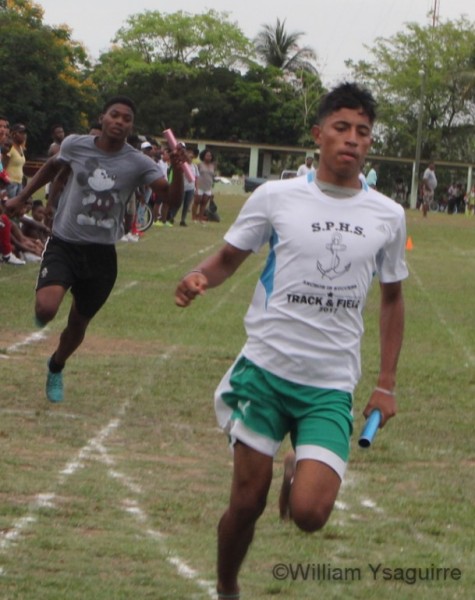 Luis Mencia ran 6th and Tyreek Arzu – 7th in the Senior 100 meters, which was won by Georgetown Tech’s Haleem Palacio in 11.04 seconds. Wesley’s Joshire Stanley dipped his head for the silver 11.20 secs, forcing Ecumenical’s Donell Arzu to settle for bronze in 11.42 seconds. 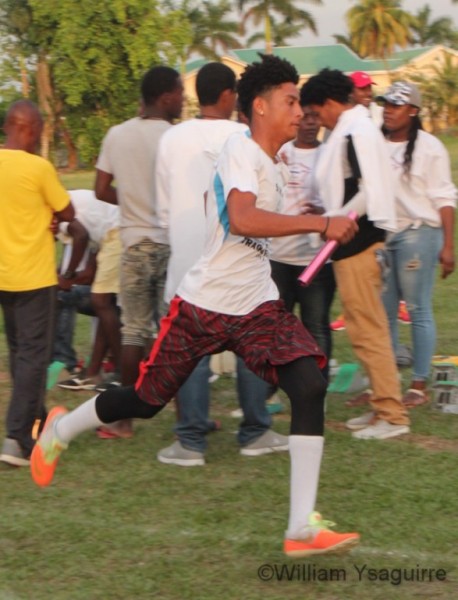 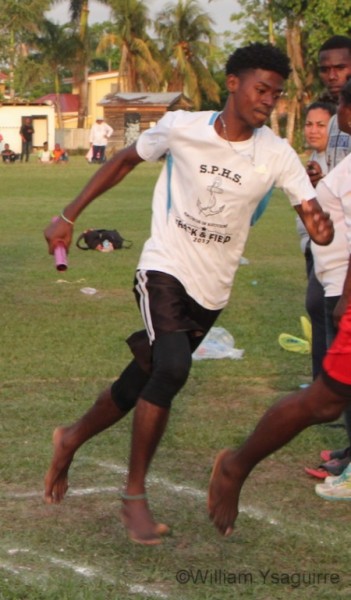 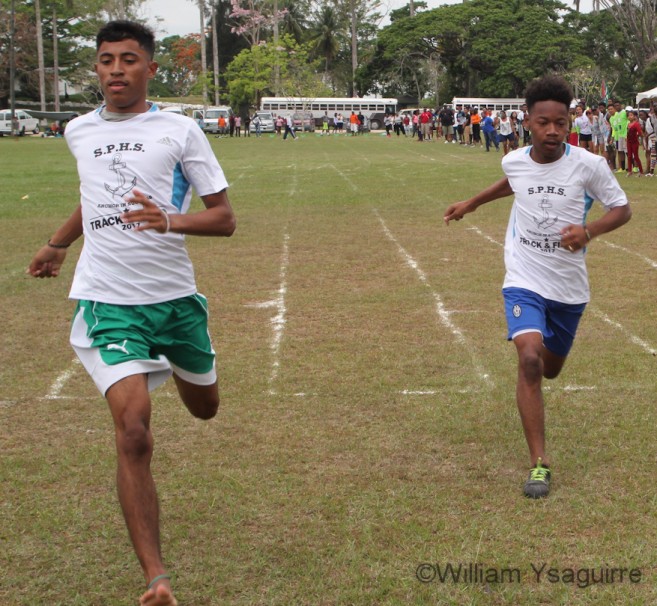