San Pedro’s Eric Donis is back in Belize after participating at the Central American Games earlier this month. The 17 year old student of San Pedro High School made his first international regional participation in Costa Rica where he became Belize’s first ever triathlete to participate in the Central American Field. The highly motivated athlete stopped by The San Pedro Sun office to tell us more about the experience he gained and his happiness at completing the competition. 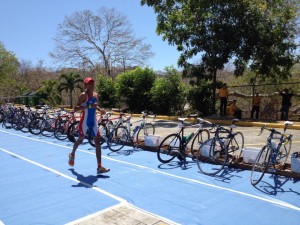 “To me it was an eye opener. I was the ‘baby’ (17 years) in the whole group participating. Everyone was 21 years and above and I was the only Belizean to participate in triathlon,” said Donis. According to the young athlete, the rules in Belize as it relates to triathlon are not as demanding as in the Central American Games. “In triathlon it’s not only racing because you have a lot of rules. Throughout the race there are a lot of rules and so we cannot just be jumping from one stage to the next.” Donis explained that in one instance he almost got disqualified because the zipper of the jersey was to the front and the rules specified that it should be placed at the back.

Despite the challenges he faced, Donis says that his biggest win was just getting to participate. The experience he gained at the regional 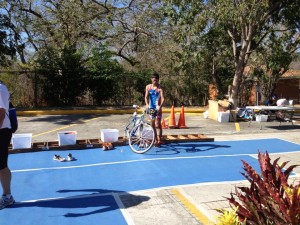 competition was enough. “To be honest, there was no way I could have won. There were some Olympians such as Leonardo Chacon, a medalist at the London Olympics who did exceptionally well at regional games. I learnt that I really need to try harder,’ said Donis who added that at some point he felt scared. “The night before the race, I couldn’t sleep. I went to test the waters and it was freezing cold. I wanted to give up, but my coach encouraged me not to give up.” Getting him through was one phrase that ran constantly in his head: “Don’t think about it, just do it.”

Donis takes his exposure at the Central American Games as a lesson and is looking forward to participating in multiple games both locally and regionally. “At first I wanted to quit triathlon as a sport forever. In fact I wanted to quit all sports, but somehow, just by finishing the 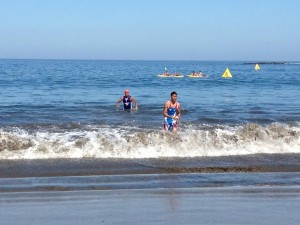 competition I found my motivation. I said to myself that one day I want to be the best. I made a promise to myself that I need to try even harder,” said the very determined athlete. “My only piece of advice to the future athletes is that you will face respectable competitors. At that point you will want to give up, but never give up. Just finish the challenge and show them that we Belizeans do not give up easily. Show them that despite the shortfalls in our small country, we are strong enough to finish the challenge.” Two things that motivate the mind, said Donis, is to remember to try even harder, even when doing good, and remain focused towards your goal in life.

According to Donis, his family, friends, community, country and most importantly his creator have always been a source of inspiration. He remains hopeful that he will be successful reaching his dreams of one day representing Belize at the Olympics. For the time being, Donis is training hard for his upcoming participating in the high school track and field competition scheduled to take place in the Corozal District and hosted by Belize Rural High School. Donis was the 26th finalist in the triathlon competition, which saw as much as six participants falling out during different phases of the challenge.

It’s a play about a play by The Island Academy, starring…SANTA!!33 Photos

Belize is 31!!! Happy Independence day to all Belizeans at home and abroad!!86 Photos