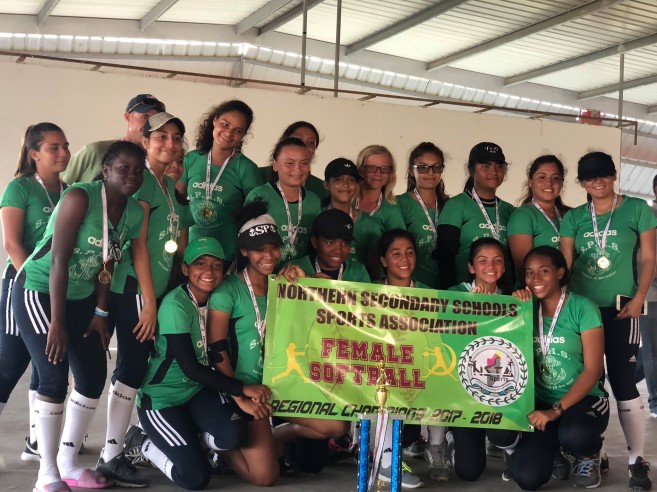 The matchups saw the first female game ending in a win for ESTM via default after BRHS was disqualified for unknown reasons. With this win, ESTM advanced to the championship game. In the second female game, SPHS overcame the OWTHS girls, winning the match with a 29-25 point game score. The island girls were on their way to the championship match against ESTM.
In the male division, the boys from BRHS defeated OWTHS, advancing to the championship game. The second male game saw Christian Orellana lead the SPHS to a 13-0 mercy rule win against CCC. (The mercy rule is used to in a sporting event that comes to an early end when one team has a very large and presumably insurmountable lead over the other team.)
In the female regional finals, Blanca Velasquez proved instrumental in a 3-inning, 14-2 mercy-rule SPHS victory over ESTM. The SPHS girls topped the competition and will now represent the North Region at Nationals. 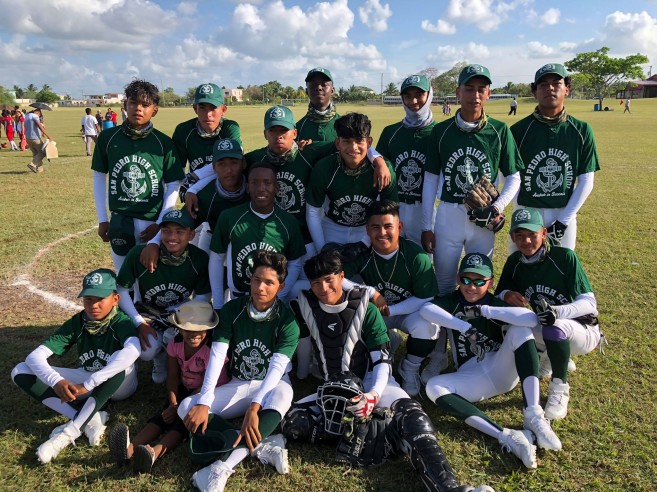 Not to be outdone, the male SPHS team once again saw Orellana leading his team to a crushing victory over BRHS. A clean 15-0 mercy rule victory was accomplished in four innings, and the SPHS boys will also be on their way to represent the North Region in the Nationals.
For their part in their teams’ momentous victory, Blanca Velasquez and Christian Orellana were respectively awarded the Most Valuable Player (MVP) titles. Velasquez and Orellana proudly accepted the honor, dedicating it to their colleagues and school. The SPHS male and female softball teams will be representing the island and the northern region at the NSSA National Championship on Friday, March 23rd and Saturday, March 24th in Orange Walk Town.
The San Pedro Sun joins the community in congratulating SPHS boys and girls on their great accomplishment, and wishes them the best at Nationals.