On Sunday, October 7th the final softball marathon game concluded at the Honourable Louis Sylvestre Sporting Complex. Taking the victory was Team RCGO over Quality Reef. Immediately after, the seasonal San Pedro Co-Ed Softball Tournament, organized by The San Pedro Town Council, began with the participation of six teams: San Pedro High School (SPHS), Beer League, Extreme, Rusties, Quality Reef and RCGO. In the upcoming weeks, these teams will do their best to stay on top of their game and win the championship. 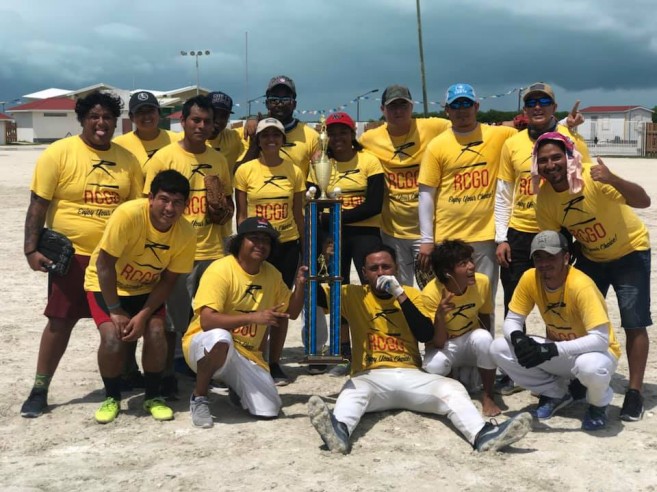 Games started shortly after 10AM, with the pending marathon match between RCGO and Quality Reef. From the first minutes of the game, RCGO dominated the innings leaving Quality Reef with little opportunities to up their game. At the end of the battle, RCGO claimed the marathon trophy after winning the game with 13-4 final score.
Following the marathon championship, the first games of the tournament kicked off. The first game saw SPHS won by default over Beer League, while the second match had more action, with Extreme beating the Rusties 10-0 via mercy rule in three innings.
In the third and last game, after losing the marathon championship, Quality made a comeback and won the game against RCGO 11-3.
Games continue on Sunday, October 14th, starting at 9:30AM, with SPHS taking on Extreme, followed by Rusties against Quality Reef. The last game of the day will be between RCGO and Beer League.
All softball fans are invited to come out and support the tournament and their favorite teams.