For the first time ever, in collaboration with the Belize Game Fish Association (BGFA), Gran Caribe Resort hosted the first International Deep Sea Classic Fishing Tournament from July 7th to the 9th. A total of 25 teams registered for a three-day fishing extravaganza, competing for $44,000 in cash and prizes. The tournament was a grand success, and after three days of arduous efforts out at sea, Team Hard Knox from Belize City captured the grand prize. Second place went to Team Jolly Mon, while Team Ambergris Divers Fish Tails took home the third place. The other two teams in the top five included Team Reel Challenge in fourth place and Team Mad Storme in fifth. 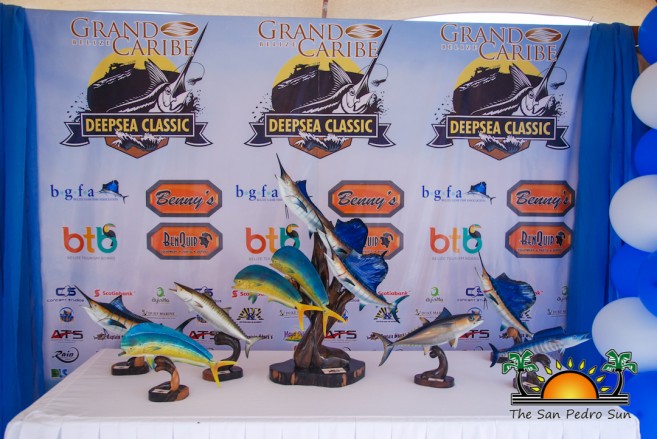 At a briefing on Thursday, July 6th, all teams were informed to check in every day before 7AM at the weigh station, before heading out to sea. On the first day of the tournament, all boats left together en-route to the deep sea beyond the reef. According to most of the participants, the weather conditions were favourable and added to the excitement and challenge of the competition. 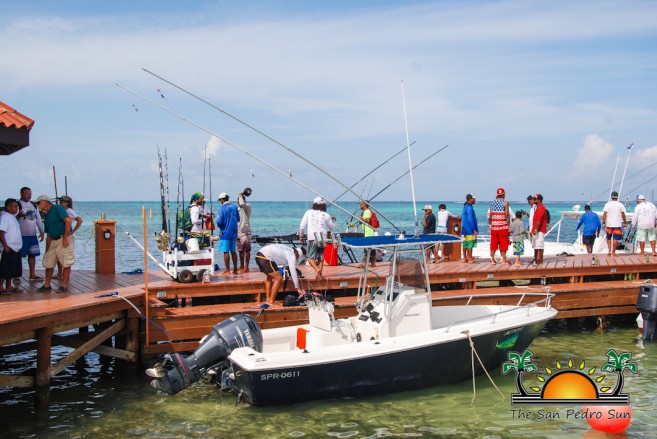 Team Hard Knox caught and released a Sailfish shortly after 2PM, and almost an hour after, they called in the first Blue Marlin of the tournament. Mad Storme caught a Wahoo and released a Sailfish, while by San Pedro’s team Hook, Line and Sinker landed two Dorados. Around the same time, an impressive catch and release of a Sailfish was done by Team Arsenal. Other highlights of the day included Team Papa Changa calling in three Dorados (8, 10, and 15 pounds) and Team Trophy Hunter brought in a 35 pound Wahoo. At the end of the first day, the top five teams were Hard Knox, Mad Storme, Arsenal, Trophy Hunter and Papa Changa. 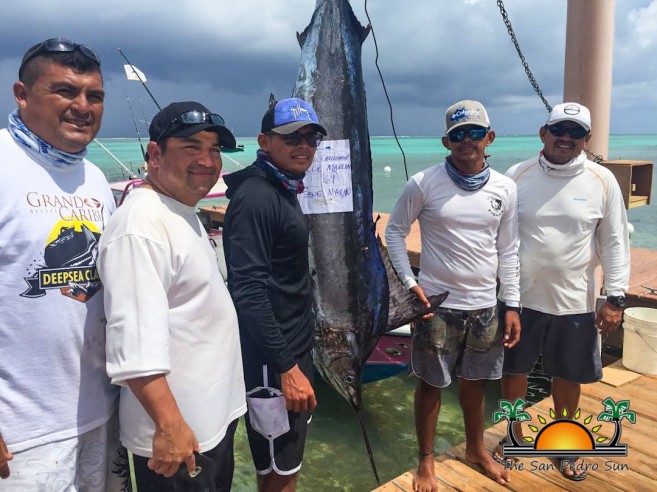 On the second day of competition, the first catch and release of a Sailfish was reported at minutes to 10AM by Team Jolly Mon. San Pedro’s team Fish Tails followed with the catch and release of a Sailfish hooked by their junior angler Axel Canul. Shortly after, Jolly Mon’s female angler Madelyn Bowen caught two Dorados. A few minutes after, Team Reel Challenge reported a 20- pound Dorado near Mexico Rocks. Team Hard Knox’s angler Brendan Bouloy landed a 20 pound Dorado near Rocky Point, north of Ambergris Caye. Later in the afternoon, angler Carla Rodriguez, aboard Carly, called in the first Tuna of the day, a 13- pound fish. Near the end of the day, Team Precipice’s female angler Itzayana Rivero caught a 20 pound Dorado 10 miles east of San Pedro Town. By the end of the second day, the teams on the top five were: Hard Knox, Fish Tails, Mad Storme, Jolly Mon, and Arsenal. 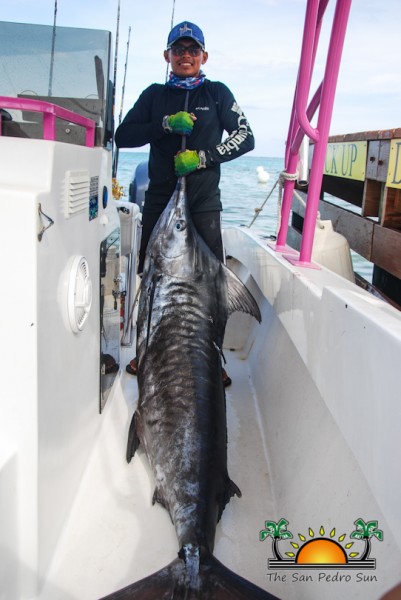 During the third and last day of the tournament on Sunday, a large crowd of fishing fans made their way to Grand Caribe to support their favourite teams. The fishing activity decreased a little, but participants still managed to reel in some nice fish. The biggest catch of the day came from Team Real Challenge who brought in a Blue Marlin that weighed almost 200 pounds. Team Fu D Road called in for a 30 pound Wahoo, and 10 pound Dorado, while Team Strike Force’s angler Darryl Lewis caught and released a Sailfish. 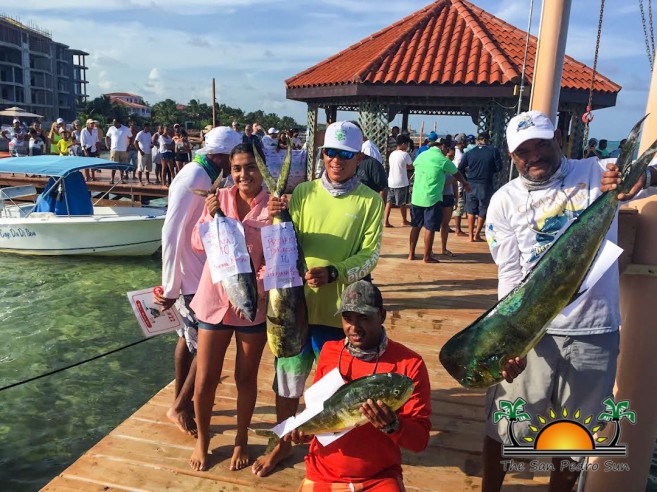 Other prizes included a Penn spinning reel to Vacation Belize, who won the hash tag competition with over 200 likes. Participants had to tag any picture containing some of the tournament’s swags with #GrandCaribeDS17, in order to enter in an instagram contest. 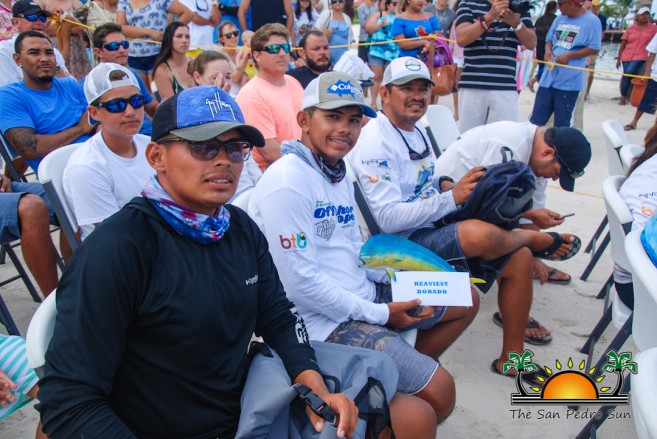 The winners of the competition’s Calcutta were also awarded. In second place was Richard Vasquez who won a cash prize of $4,605, while in first place was Benny Feinstein taking home $9,210. 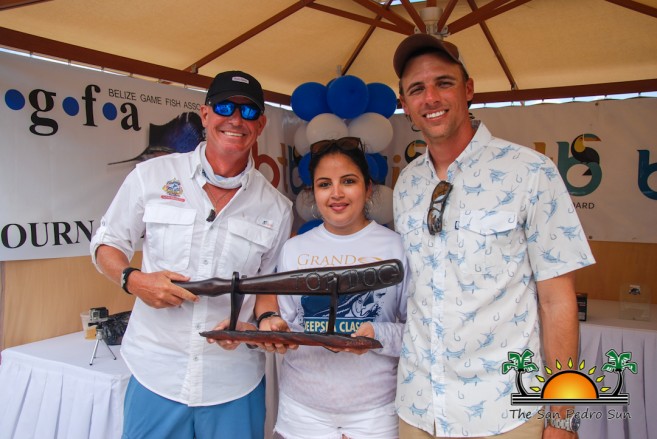 Grand Caribe and the BGFA thanked everyone who made the event possible in one way or another. A BIG THANK YOU goes out to all sponsors who contributed to the event and all teams who participated in the tournament. Fisherfolks were commended for their efforts and were invited to sign up for an upcoming fishing tournament to take place in August. The venue is yet to be announced.