The 3rd annual Frenchie’s Offshore Open was hosted by the Belize Game Fish Association (BGFA) out of the popular Lazy Lizard in Caye Caulker over the Commonwealth Day weekend, Saturday, May 20th and 21st. A total of 22 boats entered to compete for over $15,000 in cash and prizes. Despite the heavy southeaster breeze, the tournament was declared a success, and at the end of the two-day competition team ‘No Worry Bout Nothing,’ manned by Captain Aldo Urbina captured the grand prize. 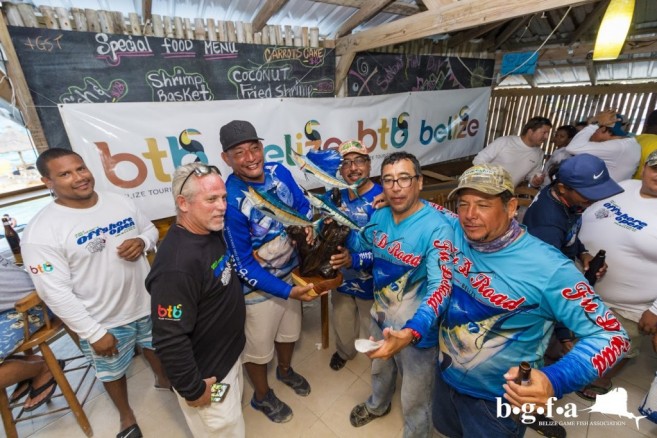 The boats headed out to sea early on Saturday and according to all participants, the fish were biting. Team No Worry Bout Nothing weighed in three Dorado on day 1, while, Captain Hillyboo Lara and his crew aboard ‘Carly’ hooked and released a Blue Marlin. Captain Bobby Codd aboard ‘Breanne C’ got a Blue Marlin as well.
During the second day of the competition, reports of the catches increased as the different teams reeled in in great quantities. Team No Worry Bout Nothing released a double header Blue Marlin. While, Captain Hillyboo weighed in seven Dorados. Also reporting catch and releases was Captain Martin Leslie, aboard ‘Arsenal’, who released two sailfish and weighed in a Tuna and a Dorado. He was followed by Captain Manuel del Valle, aboard ‘Fishizzle,’ with 11 Dorados and a sailfish release. 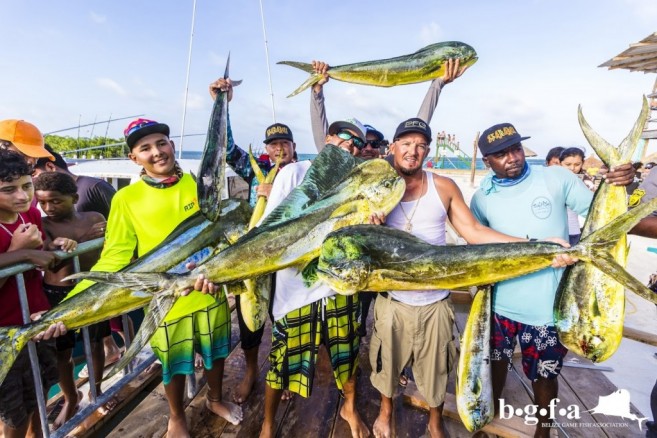 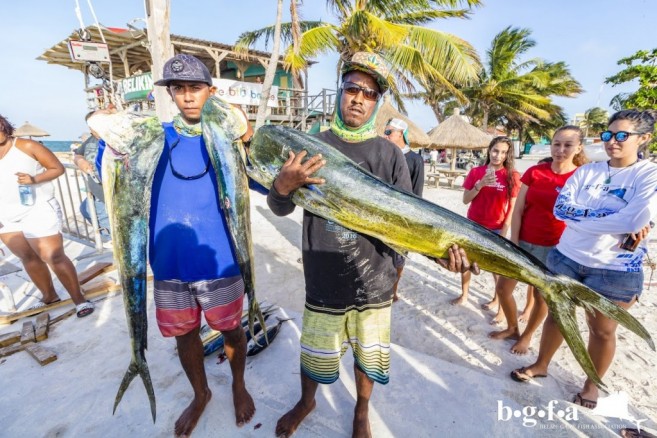 Other prizes included the Top Junior Angler, which was awarded to Dylan Henkis with team Fishizzle. The prize for Top Female Angler went to Carly Rodriguez from team Carly. The prize for the heaviest Tuna and heaviest Dorado went to Mario Donis, who fished aboard ‘Main Squeeze.’
The BGFA would like to extend a heartfelt ‘Thank You,’ to the Novelo Family of Frenchie’s Diving Services who founded the tournament in 2015, and have been a huge part of its success. A BIG thank you goes out to the Belize Tourism Board and all other sponsors who made the tournament possible.
The BGFA would like to take this opportunity to invite all fisherfolks to compete in the upcoming Grand Caribe Deep Sea Classic to be held out of Grand Caribe Resort in Ambergris Caye from July 7th to the 9th. This tournament is expected the biggest fishing tournament of the year with over $44,000 in cash prizes.