Organized by The San Pedro Volleyball Association, along with The San Pedro Town Council, a volleyball tournament began on Saturday, October 7th. The tournament opener spanned into Sunday, October 8th, and was held at the Angel Nuñez Auditorium. Teams from primary schools, high school and male and female senior teams will battle through the end of November for the championship within their division. 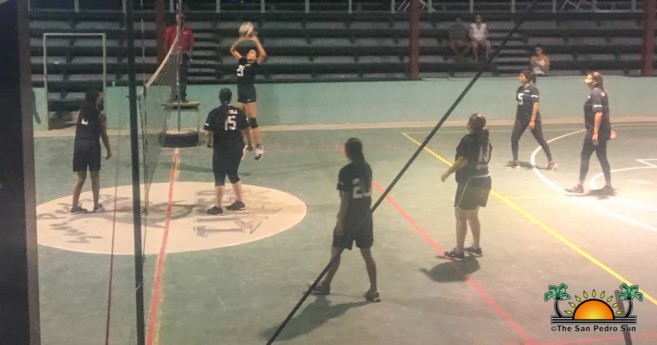 The first games kicked off at 1PM on Saturday with the primary school teams taking the pitch first. The male team from San Pedro Roman Catholic Primary School (SPRCS) took on the boys from Holy Cross Anglican School. Both teams battled hard, but after two sets, the team from SPRCS emerged victorious, winning 2-0. The player of the match was Salvador Caliz, with a total of eight points. 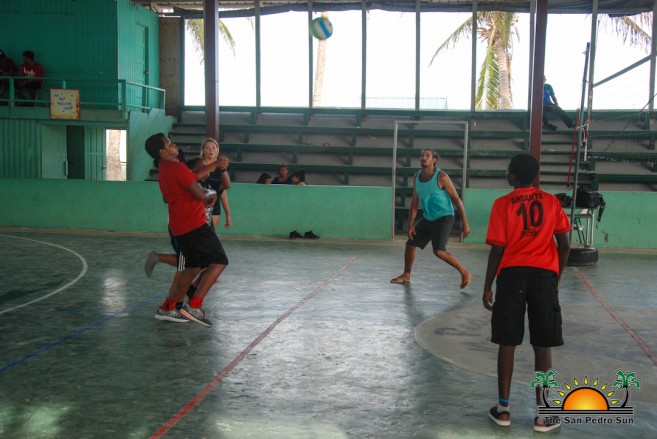 Next up, were the female teams from the same primary schools. The result at the end of the sets was another 2-0 score in favor of the team from SPRCS. The female player of the match was Destiny Palacio with 12 points.
In the female high school intramural category, Felly’s Jaguars put up a fight against the McCorkle’s Sharks. However, their offensive was not enough and they fell short to the Sharks, who won both of the game’s sets, 21-18 and 21-15. The player of the match was Sophie Quan from the Sharks. Felly’s Jaguars males won by default after the Sharks’ male team was a no-show.
The last of set of games for the day was for the female and male senior teams. The San Pedro Junior College female team took on the Wild Sets Ladies. At the end of the first set, the Junior College was ahead with a win of 25-14. But then the Ladies won the second set 20-25, and the third set with 15-6, thus winning the match. The player of the game was Brianna Leslie. 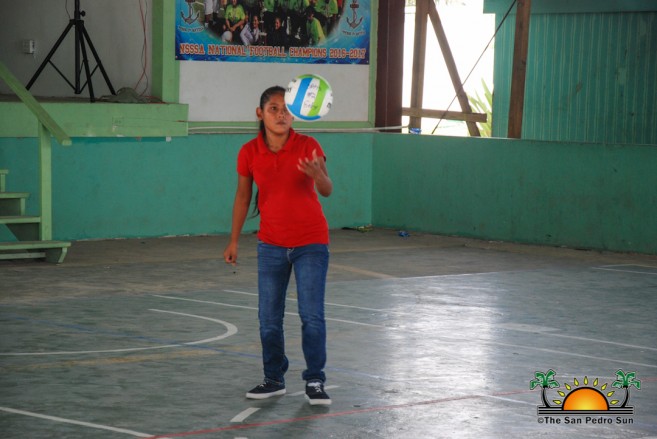 The male teams were last to play, and the boys from Tuff E Nuff dominated over the San Pedro Junior College team, winning both sets, 25-12 and 25-11. The player of the match was Jordan Stuart.
The following match was between the San Pedro High School Rookies, who were no match for the Notorious Anonymous Males who won both sets, 21-25 and 25-18. The player of the match was Damian Pollard.
On Sunday, the first games were between Ambergris Caye Elementary School (ACES) and the agile males from New Horizon Seventh Day Adventist School. The New Horizon boys won both sets 21-9 and 20-7.
In the female division, the girls from New Horizon came out victorious against ACES 21-18 and 21-18.
In the intramural division, the female team of Nuñez Pirates beat the Forman All-Stars in both sets, 25-15 and 25-14. Player of the match was Gidellie Rivero with 18 points. There were no games in the male team of this division and thus, the boys from Forman All-Stars won by default.
During the games in the female senior category, the San Pedro High School girls overcame the Fireball Ladies, winning both sets easily 25-19 and 25-8. In the senior male area, team Barbos won by default as their opponent, Wod Zone did not show up.
Games continue this weekend on Saturday, October 14th and Sunday, October 15th starting at 1PM at the Angel Nuñez Auditorium. Food and refreshments will be on sale during the games.