The San Pedro Volleyball tournament continues at the Angel Nuñez Auditorium in San Pedro Town. The third week of the tournament began on Saturday, October 21st, with the first game taking place at 1pm. The San Pedro Roman Catholic School (SPRCS) girls triumphed over Isla Bonita girls, with a 21-4 and 21-11 in the second set. The player of the game was Emely SPRCS. The next game saw SPRCS boys facing Isla Bonita boys, with the SPRCS boys winning both sets, 21-8 and 21-17. The players of the match were Calion and Damion from SPRCS with eight points each, and Isla Bonita’s Lara with 10 points.
In the intramural female category, the Nuñez Pirates females faced Felly’s House females, with the victory going to Nuñez Pirates females, who took both sets, 25-22 and 33-25. The player of the game was Faith Edgar, who racked up 12 points. In the intramural male category, the Nuñez Pirates males also won over the Felly’s House males. The player of the match was Ian Pou with 15 points. 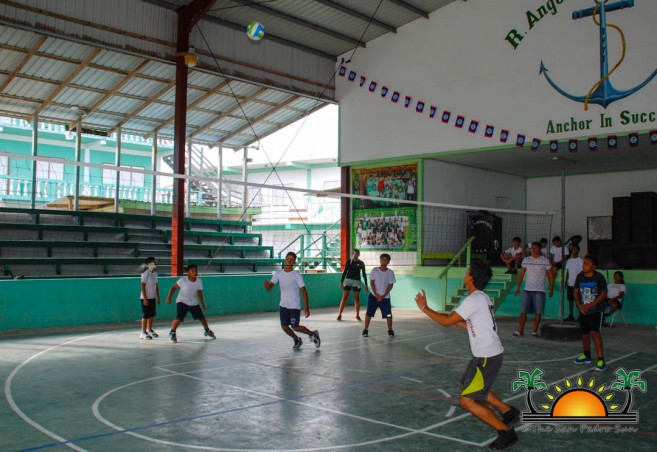