The San Pedro Volleyball tournament continued at the Angel Nuñez Auditorium in San Pedro Town. The first games of the second week of the tournament were played on Saturday, October 14th.
The first game began at 1pm, when Isla Bonita girls won over Ambergris Caye Elementary School (ACES) girls in both sets. Set one: 21-17 and set two: 21-14. Next up was Isla Bonita Boys versus ACES boys, where the ACES boys won by default due to insufficient players from Isla Bonita. 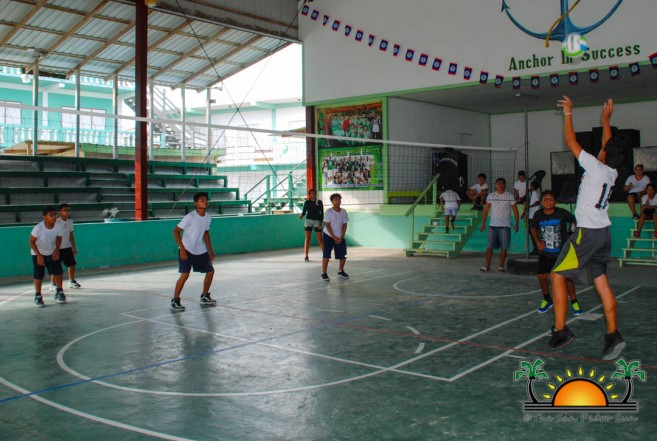 In female senior category, Wild Sets faced Fireball Girls, it was a tight as it went into the third set, but at the end it was a victory for Wild Set. The first set: 25-23 was won by Fireball Girls, and set two: 19-25 and set three: 15-10 was won by Wild Set Girl. In male senior category, the first game saw Wod Zone versus Anonymous, which was another intense came as it ended up in the third set. Coming out victorious were Anonymous, winning two out of the three sets. The first set: 25-18 was one by Wod Zone and the Second set: 18-25 and third set: 11-15 was won by Anonymous. The last game of the day was once again the Wod Zone, but this time against Barbos. The Wod Zone gave their best not lose their second match, but fell short as the victory went to Barbos wining set one: 25-14 and set three: 15-5. 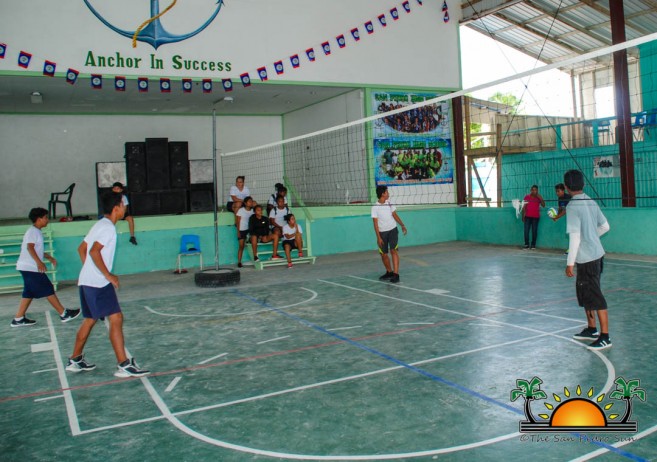 The games continued on the following day, where New Horizon Seventh Day Adventist School (NHSPN) girls defeated the Holy Cross girls in both sets. Also, for the male’s primary school category, NHSPN boys won against Holy Cross boys.
Next up were the senior females, San Pedro High School (SPHS) girls versus San Pedro Junior College (SPJC) girls, both teams gave their best in the intense match, but at the end it was a victory for the SPHS girls, winning two out of three sets. The volleyball tournament continued with the senior male’s category, SPHS boys versus SPJC boys, where the SPHS boys came out victorious. The last game of the week concluded with Barbos against Tuff E Nuff, but it was a clear victory for Barbos males by winning both sets. 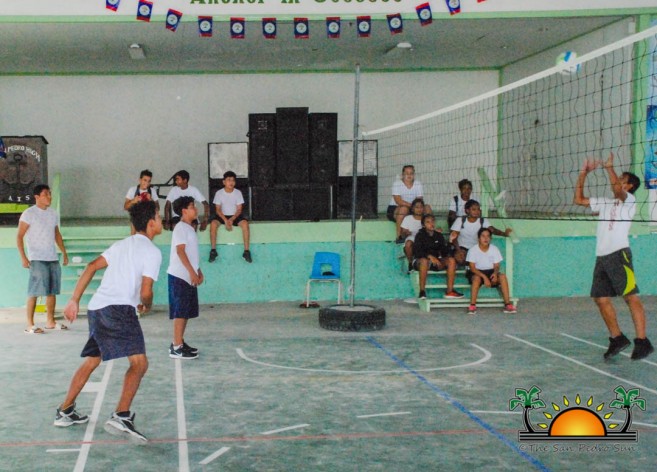 The current standings of the Volleyball Tournament, for the female primary school category has SPRCS, NHSDA and Isla Bonita with three points each, and Holy Cross and ACES yet to make it on the chart. For the male primary school category, SPCRS, NHSDA and ACES have three points each, while Holy Cross and Isla Bonita are yet to score. In the female senior category, Wild Sets have five points, Fireball have four points and SPJC with one point. SPHS yet to make it on the chart. For the male senior category Anonymous have five points, followed by Tuff E Nuff with three points. Barbos and Wod Zone with two points each, and yet to make the charts are SPHS and SPJC.
Games continue this weekend on Saturday, October 21st and Sunday, October 22nd, starting at 1pm at the Angel Nuñez Auditorium. All islanders are invited to come out and support their favorite team this weekend.