With three games on Friday, March 23rd and the annual All-Star Night on Saturday, March 24th in Orange Walk Town, the NEBL had a busy weekend. The San Pedro Tiger Sharks took on the Smart Belize Hurricanes on Friday, losing 80-68 against the Belize City team. Despite this loss, the 2017 Sub-Champions continue to lead in the League with a total of 18 points. At the All-Star Night, Tiger Sharks’ coach Rico Black suffered another loss as his team, dubbed the Local Team, fell one point short to the Imports/Belizean American squad. The winning team was coached by Isaac Rhys from Dangriga Dream Ballers. 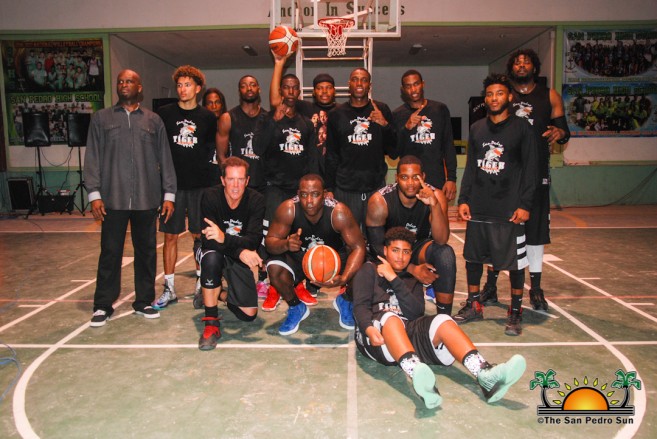 During the game on Friday between the Tiger Sharks and Smart Belize Hurricanes, the home team proved to be a determined opponent. The island squad kept trying to stretch the score gap, but at halftime, the Belize Hurricanes led by a slim margin of 42 to 41.
Tiger Sharks’ Martevious Adams and Raoul Roches were instrumental in the second half, helping to take control of the third quarter with a three-point lead. During the last quarter of the game, the Tiger Sharks fell short, only netting 12 additional points, and the Belize Hurricanes emerged victorious with a comfortable 80-68. With this win, the Belize Hurricanes have clinched fourth place in the League.
Other games on Friday, March 23rd saw Belize City Defenders defeating Orange Walk Running Rebels 81-61, while Dangriga Dream Ballers ran over Belmopan Bandits, taking the victory home with a final game score of 83-75.
The NEBL is two games away from entering into its playoffs scenarios, where the top four teams advanced to the semi-final round. The San Pedro Tiger Sharks, Dangriga Dream Ballers, Belize City Defenders and Smart Belize Hurricanes are currently at the top, trying to keep their playoff position.
Hoping to secure a spot in the playoffs are the Belmopan Bandits and Verdes; however, only one can make it.
Imports narrowly beat the Locals in All-Star Game 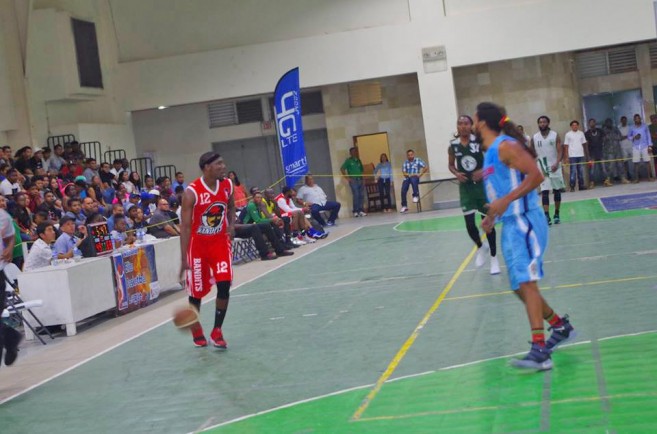 The NEBL action continued on Saturday, March 24th at the Multi-Purpose Complex in Orange Walk Town where a jam-packed All-Star Night took place. The activities for the night included a Three-Point Shootout (2 players per team), the Slam Dunk Contest, and the hotly anticipated big All-Star Game.
At 7:30 PM the activities tipped off with the Three-Point Contest, sponsored by Old Master Fine Rums. Defending champion Elvert Ariola from Team Verdes defended his title well and was crowned champion for the second consecutive year. This was followed by the Slam Dunk Contest, sponsored by Belize Sugar Industries. Five participants showcased their creative, flying abilities. Isaiah Thomas also from Verdes won the top prize and became this year’s slam dunk champion. 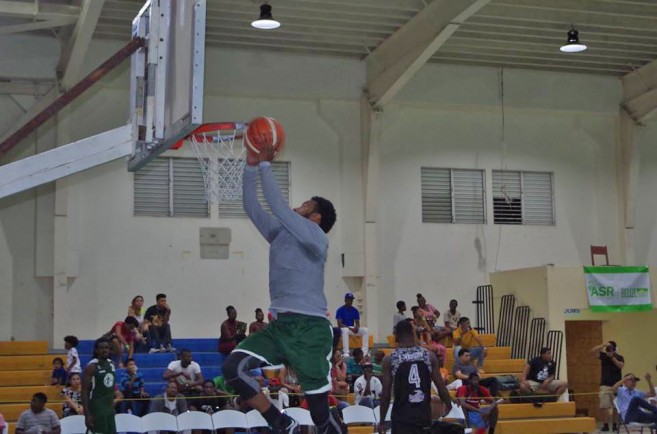 The evening finished off with the All-Star Game between the Import/Belizean Americans coached by Dangriga’s Isaac Rhys and the Local Team, coached by San Pedro’s Rico Black. The Imports/Belizean Americans jumped out to an early lead at the beginning, but as the game progressed, the Locals started to close the gap. 12 seconds before the game was over, the Locals tied the score, but Thomas from Team Verdes went one for two at the charity stripe, giving the Imports/Belizean American a one-point lead. Orange Walk Running Rebels point guard Roger Reneau then had a chance to win the game with a three-point score but missed. For the second consecutive year, the All-Star Game went to the Imports/Belizean Americans team, with a final score of 100-99.
The upcoming two rounds of games will define who will be the final four in the playoffs. Those games will resume after the Easter Break, starting on Friday, April 6th.