The San Pedro Tiger Sharks have managed to lock in the #1 seed in the 2018 National Elite Basketball League (NEBL) playoffs, after narrowly defeating the Digicell Belize City Defenders 71-68 on Saturday, April 21st in San Pedro Town. With just one week remaining in the NEBL regular season, the results of this upcoming weekend’s games will decide the playoff matchups and the order of the remaining three seeds. 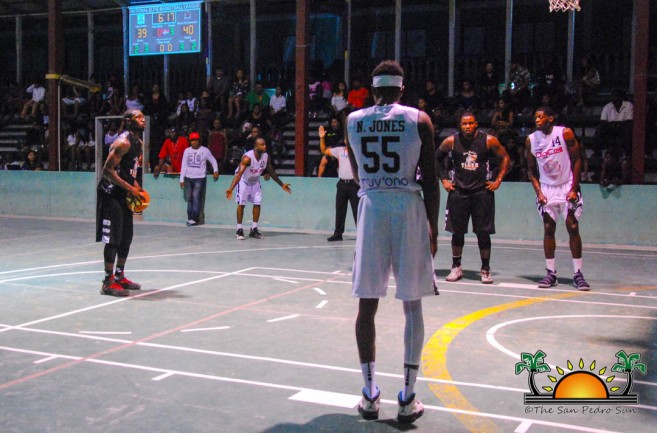 During their last home game of the regular season, the Tiger Sharks hosted the Digicell Defenders at the Angel Nuñez Auditorium, where their resilience granted them the much-needed win to secure their playoff seeding. The Defenders were by far the most challenging team the island athletes have played at home court. At the end of the first quarter, the visiting team garnered a four-point lead, and during the second quarter, the Tiger Sharks had difficulty netting any scores at all. The Defenders’ dominance was clear and by halftime, they were leading 33-31. 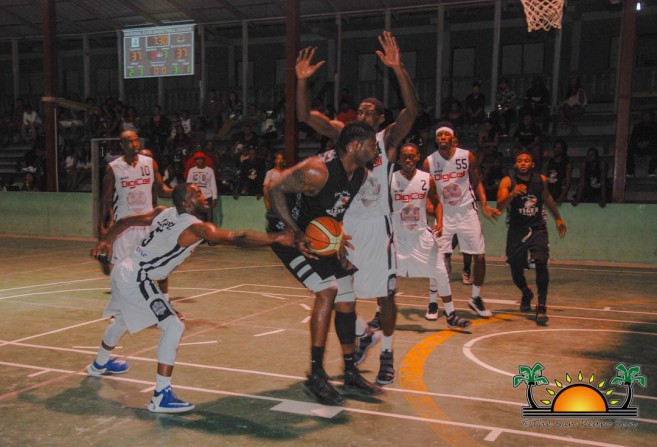 In the second half of the game, Belize City Defenders’ Lincey Lopez kept netting long distance shots one after the other. San Pedro Tiger Sharks’ Martevious Adams responded by narrowing the gap in the score, but it was not enough and the Defenders stole the third quarter with a tight 51-50.
The game intensified in the last quarter of the match, as both teams kept the score’s gap extremely tight. The Belize City Defenders were in control of the game, but the Tiger Sharks’ defense prevailed in slowing the visiting squad’s attempts of increasing their score. The island team took advantage of every opportunity they had at their opponent’s ring, netting crucial three-pointers to stay on top of the game. The Belize City team fought hard until the last seconds of the game, but they ran out of time and could not seal the victory. The Tiger Sharks emerged victorious with a tight three-point lead. With this win, the Tiger Sharks have secured the number one seed in the playoffs. 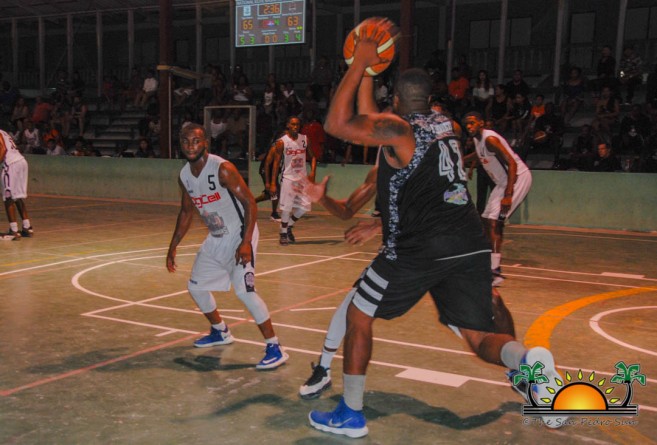 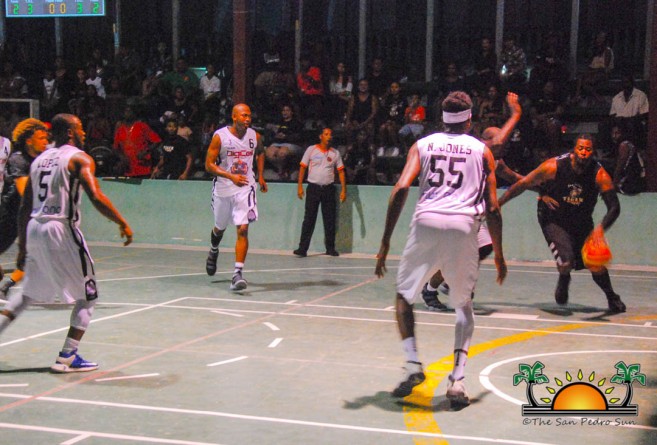