Island runner Ian Gordon aka Lion continues to make his mark at international marathons. In his latest race, he placed 61st out 382 competitors in the 40-49 age category at Marathon Internacional de Culiacan (Culiacan International Marathon) held at Culiacan City, Sinaloa, Mexico on Sunday, January 20th. The Marathon Internacional de Culiacan saw the participation of approximately 8,000 runners competing in four different categories. The marathon is for a cause, as all the proceeds of the participating athletes go to children with cancer through the Private Assistance Institution GANAC (Groups of Friends of Children Affected by Cancer). It is also considered one of Mexico’s best marathons and has been happening for the past 30 years, seeing the participation of athletes from all around the world. 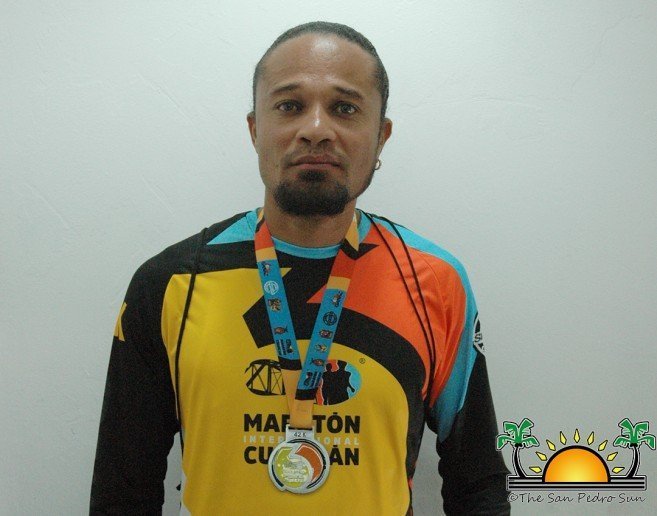 Gordon told The San Pedro Sun that as per usual, the race was a great experience, but even more so he has seen an improvement in himself. “In my previous race I finished the 26-mile route within three hours and 39 minutes, however, this latest race I managed to accomplish this 26 mile-run in three hours and 36 minutes. In these huge marathons, every minute counts, so I’m happy to be improving and making both San Pedro and Belize proud,” said Gordon. He further stated that he has already accomplished one of his goals, which was to bring home three medals within three months.
There is no stooping for Gordon, as he is already scheduled to compete in another international marathon on Sunday, March 17th in Mazatlan, Sinaloa Mexico. The Marathon Internacional de Mazatlán is another big event in the country of Mexico, and Gordon also hopes to make his mark there. He continues to participate in all these international marathons because his main goal is to compete in the 2024 Olympic Games to be held in Paris, France. He hopes to inspire and encourage those people who think that they are too old to accomplish their dreams.
Any person or business that is interested in helping Gordon financially to participate in the Mazatlán Marathon can call him at 628-6696 or 665-4372. He can also be reached via Facebook under Ian Gordon.