Ian ‘Lion’ Gordon participated in and won another race in San Ignacio Town, Cayo District on Saturday, June 8th. The 20K race was organized by Mass Gym in San Ignacio and saw the participation of six runners. Gordon came out victorious over the other five contestants by finishing the race in 41 minutes and five seconds. 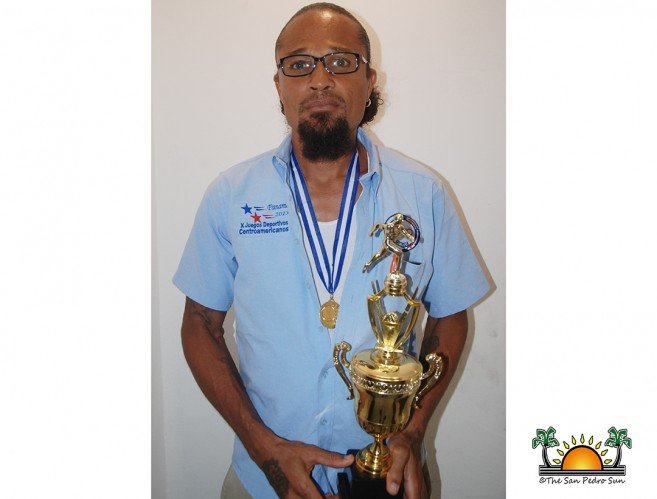 With this victory, Gordon is confident about his next race, which is scheduled for this weekend in Toluca, Mexico on Saturday, June 15th. The Toluca 20k Run is to commemorate Father’s Day and is organized by PAVIGUE. Athletic Promotions PAVIGUE began in 1996 as a Center of Registration and Promotions of Athletic Careers in the city of Toluca, state of Mexico and the Pacific Marathon. The company specializes in the organization of races with travel packages to national and international races. With more than 20 years of experience, PAVIGUE has seen an increase in the number of participants in races throughout different states of the republic, as well as internationally.
This is not Gordon’s first international race, as he has participated in many others such as the XX Gran Marathon Pacifico Mexico, Marathon Internacional de Culiacan (Culiacan International Marathon) and Mexico’s Rock ‘n’ Roll’s 10k and 12k run. He continues to run in all these international marathons because his main goal is to compete in the 2024 Olympic Games to be held in Paris, France. He hopes to inspire and encourage those people who think that they are too old to accomplish their dreams.
Any person or business that is interested in helping Gordon financially to participate in the Toluca Marathon can call him at 628-6696 or 665-4372. He can also be reached via Facebook under Ian Gordon.