« Older: With a 6-1 victory over BDF, the San Pedro Pirates FC are in the PLB Finals!
Newer: » Belizean fishing teams win big at Billfish Open Fishing Tournament in Honduras


The National Elite Basketball League (NEBL) playoffs have extended to a third game after the top four teams are tied in their best-of-three semi-final series. The semi-finals have the San Pedro Tiger Sharks facing Dangriga Dream Ballers while Verdes faces Mirage/Smart Belize Hurricanes. Having won the first game of the three-part series, Hurricanes and San Pedro Tiger Sharks had the advantage. On Friday, May 3rd and Saturday, May 4th (respectively), both teams failed to sweep the series, and thus the two teams advancing to the tournament’s finals will be decided this weekend. 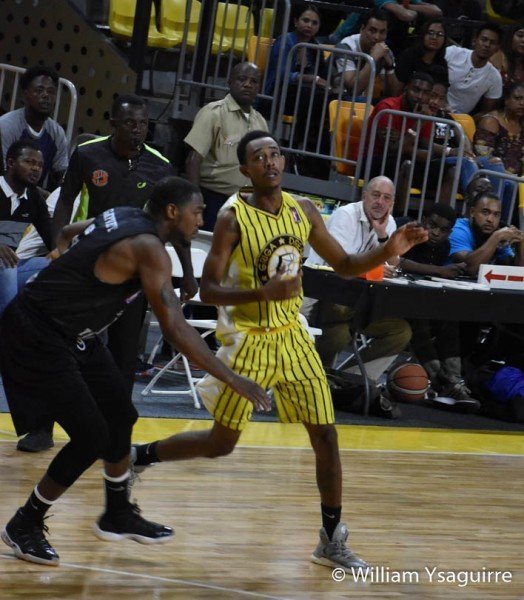 Friday, May 3rd saw Cayo’s Verdes pressure to win, having lost the first game in the semi-final series. They traveled to Belize City to face the NEBL 2018 defending champions Mirage/Smart Belize Hurricanes. The high-energy match ended its first quarter tied 15-15. The second quarter was almost overshadowed by the actions of some fans who attempted to incite violence. After a couple minutes’ pause, police brought the situation under control, and the game continued. 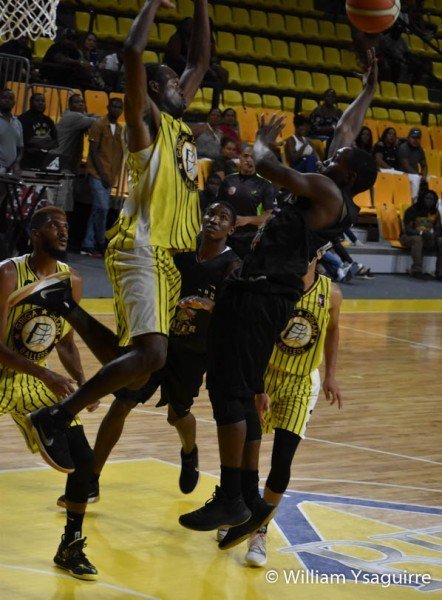 Having injured his arm in the first quarter, Verdes’ Lisaney Lambey could not continue. As the game continued, another player from the Cayo team, Clency Lopez, had to leave for an extended period of time. These casualties affected the team and Hurricanes closed the first half of the game with a thin 36-35 lead. In the third quarter, Verdes jumped to a 63-56 lead and later extended this to 10 points. The Hurricanes made a comeback near the end of the game, but Verdes’ Leroy Louriano sank a three-pointer in the last seconds of the final, quarter stealing a tight 76-74 victory for the Cayo team.
The second game for the weekend, saw San Pedro Tiger Sharks traveling to Belize City to face the Dangriga Dream Ballers at the Civic Centre. San Pedro’s Martevious Adams led the game, by netting 23 points, and nine boards. Jihad Wright was also instrumental in the offense, but by the end of the first half, Dangriga led by three points.

The Dream Ballers were led by Edgar Mitchell and Delvon Henderson.
In the third quarter, the island team fought back to close the gap. However, in the final minutes of the game, the Dangriga Dream Ballers overcame the island team, and with the assistance of Daniel Conorque and Jamal Kelly, the match ended 70-63. Thus the playoff series heads to a third game.
Game three will start at 9PM on Friday, May 10th between Verdes and Mirage/Smart Belize Hurricanes in San Ignacio Town, Cayo District. Meanwhile, the San Pedro Tiger Sharks will travel to Dangriga Town, Stann Creek District to face the Dangriga Dream Ballers at 8:30PM.
It could be any team’s game. Don’t miss out!