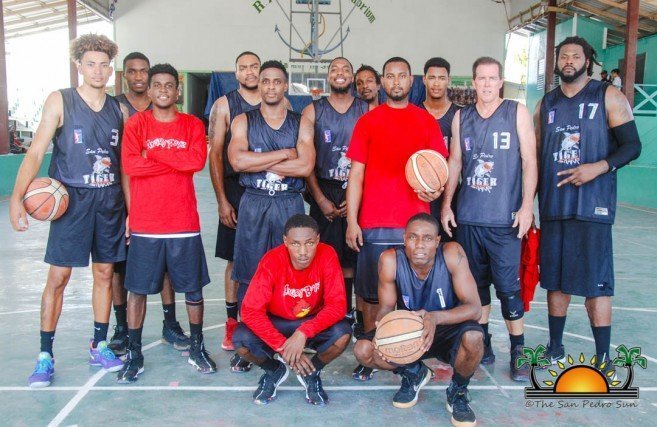 The first of the last two regular-season games took place on Wednesday, April 17th at the Civic Centre in Belize City. Mirage/Smart Belize Hurricanes took on the Belize City Defenders, netting a 23-20 lead at the end of the first quarter. By halftime, the Defenders were up with a 40-35 advantage, and they did not relinquish this lead throughout the rest of the game. The Belize City Defenders widened the gap to 65-45 in the third quarter. The final score of the game was a 90-83 victory for the Defenders.
The following day, the San Pedro Tiger Sharks travelled to San Ignacio Town in the Cayo District to face the current leading NEBL team, Verdes. The home team fought hard for a lead, heading to halftime with a tight 40-39 lead. The second half of the match saw the Tiger Sharks make an outstanding comeback, closing the third quarter leading 66-51. In the final quarter, Verdes fought hard to overcome its visitors, but when the time ran out, San Pedro Tiger Sharks claimed an 84-63 win. The Tiger Sharks were led by Martevious Adams, Francis Arana, Douglas Valley and Kurt Burgess.
The first two games of the semi-finals will both take place on Friday, April 26th on the mainland. The San Pedro Tiger Sharks will travel to Dangriga Town, Stann Creek District to face the Dangriga Dream Ballers, while Verdes will be hosting the Mirage/Smart Belize Hurricanes in San Ignacio Town. Both games will start at 9PM. The return games will take place on Friday May 3rd and Saturday May 4th in Belize City and San Pedro Town respectively. If a third game is necessary, based on the results of these games, they will take place on Friday, May 10th and Saturday, May 11th between the same teams, but this time on the mainland.