The National Elite Basketball League (NEBL) began its weekend of activities from Thursday, March 28th through Saturday, March 30th across the country. The action-packed weekend included three crucial basketball games and culminated with the anticipated annual All-Star Night game in Belize City, which saw the best of NEBL players on the court.
On Thursday, March 28th, the Belmopan Bandits hosted Mirage/Smart Hurricanes at the University of Belize Gymnasium. In the first part of the game, Bandits was able to secure a 46-33 lead and a 20-point lead in the last quarter. The Hurricanes were determined to win, however, and after making some key plays before time clocked out, they secured an 85-76 victory.
The following day, the San Pedro Tiger Sharks traveled to face Belize City Defenders inside the Belize Civic Center. An intense match saw the tenacity of both teams. In the first quarter, the home team nursed a 16-14 lead, but throughout the second quarter, they struggled with consistency as both teams were in an offensive mode. By halftime, the game was tied 39-39.
The second half of the match was an intense fight for the lead, and Belize City Defenders was able to close the third quarter with a three-point lead over the San Pedro Tiger Sharks. The visiting squad upped their game in the last quarter, holding on to a lead and landing a tight 79-76 victory. 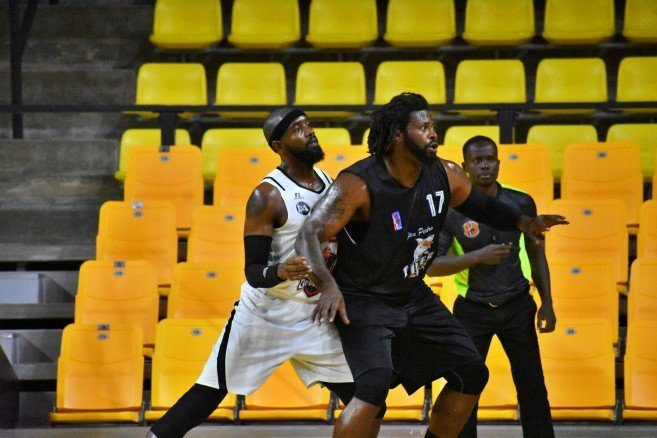 San Pedro Tiger Sharks’ Martevious Adams had the game high with 27 points and 13 rebounds, while Francis Arana netted 15 points and five rebounds. Gene Myvett tallied 10 points and six rebounds, and Kurt Burgess contributed 12 rebounds. Meanwhile, Belize City Defenders’ Nigel Jones scored 23 points and grabbed ten rebounds. Other players who made crucial contributions to the Belize City team included Mykiel Jones, Darwin ‘Puppy’ Leslie, and Farron Louriano.
That same day in San Ignacio, Cayo District, the Dangriga Dream Ballers took on Verdes hoping to reclaim first place in the tournament’s standings. However, from the beginning of the match, that task seemed impossible as the home team controlled the game, closing halftime with a 42-40 lead.
Near the end of the game, Dangriga Dream Ballers came close to narrowing the gap, but after missing a crucial transition opportunity, Verdes emerged victorious, pulling off the 94-89 game score.
A three-peat win for the Import/Belizean -American team at All Star Night
On Saturday, March 30th the All-Star Game between the Import/Belizean Americans All-Star team and the Local All-Star team took place at the Belize Civic Center. San Pedro Tiger Sharks’ Martevious Adams represented the island in the Import/Belizean-American team in the event. The Local team jumped to an early lead but was unable to hold on. The Import/Belizean Americans quickly took over, and they kept a comfortable gap. Kris Frazier, was the top scorer for the Import/Belizean- Americans, tallying 22 points and six rebounds, while Tyronne hall finished with 20 points. For the Local team, Gency Lopez had the game high with 25 points, while Edgar Mitchell, Farron Louriano and Jamal Kelly made significant contributions toward their team. However, despite their valiant efforts, the Import/Belizean- Americans won for the third consecutive time, 90-85.