For the 10th week of Premiere League of Belize (PLB) 2019 Opening Season, San Pedro Pirates traveled to Stann Creek District, Placencia Village, to go against Placencia Assassins on Sunday, October 6th. This 3-2 victory over Placencia Assassin, makes it the second win of the Pirates for the season. 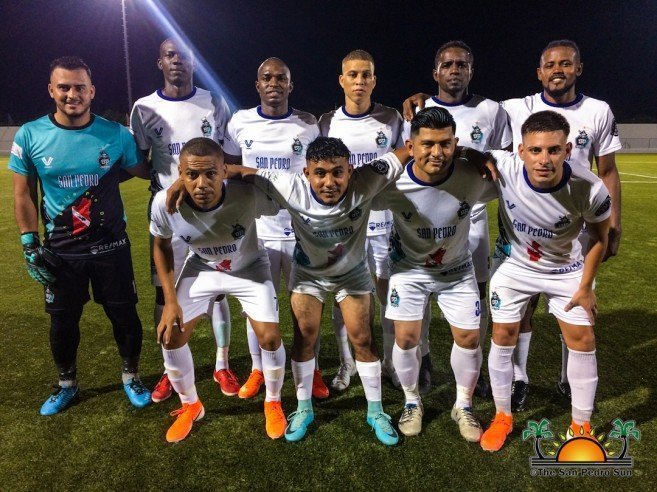 The game began promptly at 4PM inside the Placencia Football Field. The first goal was at minute six by Pirates Facundo Garnier. A few minutes later, San Pedro Pirates managed to score another goal courtesy of Henry Vivas. Placencia Assassins responded with a goal at minute 28 by Leomar Leslie. The match saw solid crosses and passes, with both teams going strong on each other to score more goals. The first half came to an end with San Pedro Pirates leading 2-1.
After the break, both teams came back more aggressive. However, the Pirates determined to take the victory, managed to nail the third goal at minute 58 courtesy of Amilton Filbo. At minute 85, due to a penalty kick granted to Placencia’s Deison Moguel they were able to add a second goal. With the match at a 2-3 score, San Pedro Pirates stepped up their defense as to not give Placencia a chance to score a goal. When the long whistle blew, it was 2-3 victory for San Pedro Pirates F.C.
Other matches taking place during the weekend saw Verdes F.C easily winning 10- 1 against FF Valley Pride, Belize Defense Force (BDF) defeating Wagiya Sporting Club 2-1 and Altitude F.C and Belmopan Bandits drawing 2-2.
The PLB current standings have Verdes F.C at the top of the chart with 24 points, Belmopan Bandits with 22 points, BDF with 16 points, and Altitude with 15 points. The following top four teams are San Pedro Pirates with 13 points, Wagiya Sporting Club with nine points, Placencia Assassins with six points, and Valley FF Pride with one point only.
For their next match, San Pedro Pirates will be playing at home against FF Valley Pride F.C on Saturday, October 26th. The game is scheduled to begin at 7:30PM at the Ambergris Stadium in San Pedro Town. ALL islanders are invited to come out and support the islanders in their home game.