Kent ‘Bob’ Gabourel, Keian Trejo, and brothers Brandon and Jordan Santos shone at the first ever 2019 CaribeMan Triathlon competition in Hopkins, Stann Creek District in southern Belize. The tournament took place on Saturday, December 7th and competitors from Belize, Venezuela, Guatemala, Honduras, and as far as Italy tried to best each other in both the female and male divisions. At the end of a gruelling day of competition, two Belizeans emerged victorious in each category: Shalini Zabaneh took first place in the female category while Gabourel beat everyone in the male division, taking the top prize. Both Zabaneh and Gabourel are now preparing to participate in Challenge Cancun, a 113 kilometer triathlon race to be held in Cancun, Mexico in April 2020. 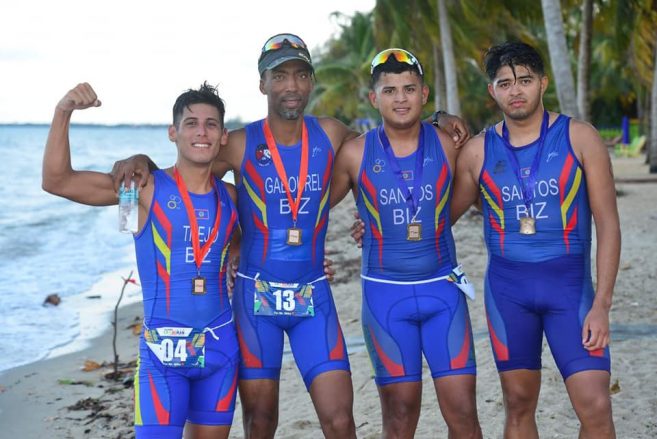 The tournament debuted with 15 participants in the male division and six in the female category. The competition started at 2:30PM and tested the endurance of the athletes with 0.75 kilometers of swimming, 20 kilometers of biking and the last leg a five-kilometer run. 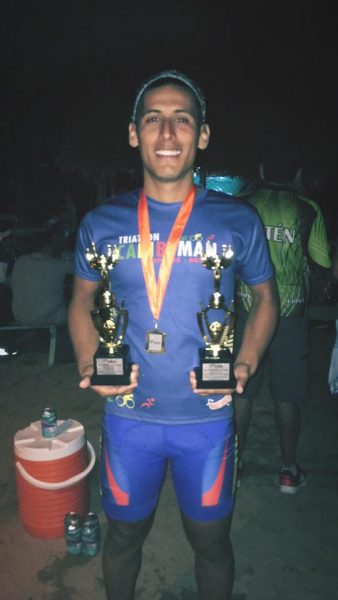 Spectators from Belize and abroad made their way to Hopkins where they cheered for their favorite athletes. Gabourel was the favorite from the beginning, as he bested each of the obstacles. He completed the swim in 17:01 minutes and cycled 20 kilometers in approximately 41:05 minutes. Leading the race, Gabourel then hopped off his bike, took a 28 second rest, switched his gear to running and took off. Gabourel lead the five kilometers ahead of everyone, and after nearly 21:46 minutes he passed the finish line. 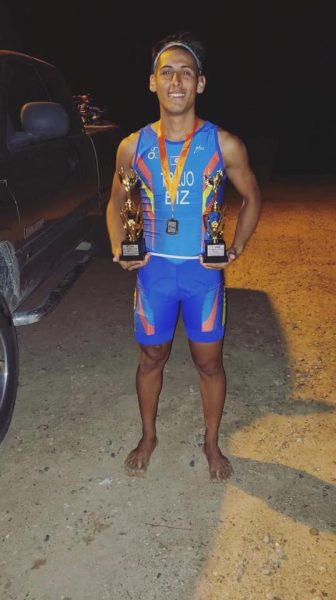 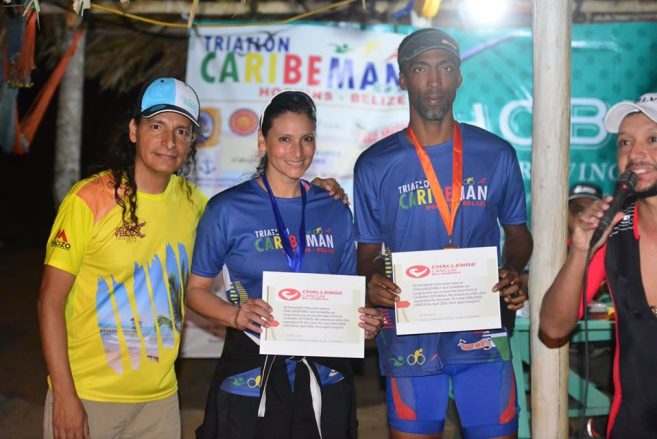 In the female division, Zabaneh beat the other five competitors in the three different challenges. She completed the swimming in 23:17 minutes and biked the 20 kilometers below 55 minutes. She mastered the five-kilometer race in 33:07 minutes, clocking a total time of 01:53:21. In second place was Katia Dangel of Guatemala, with a total time of 02: 00:43. Two other Belizeans made it in the top five, Jane Usher in third place, clocking 02:08:22, while Roberta Usher took fourth with a total time of 02:12:10. The fifth and sixth place went to Guatemalan competitors Andrea Carillo and Cristel Orellana, who clocked in 02:13:27 and 02:17:19, respectively.
The top winners of the competition automatically gained their entries to Challenge Cancun, a triathlon event that will be a tougher race. Gabourel is looking forward to participating and hopes to be in very good shape by April 2020 when the competition takes place.
Gabourel and the other island athletes that top the competition take this opportunity to thank the sponsors that helped them travel and compete in Hopkins at this tournament. A BIG thank you goes out to Supplies Plus Distributor, The San Pedro Town Council, Amigos del Mar, Belize Pro Dive Center, and Ocean Ferry Water Taxi.
The CaribeMan Organizers thank all the sponsors that contributed to the debut of this sporting event. They are confident that CaribeMan 2020 will be bigger and more exciting.