At the closing of the first round of the current national football tournament, FFB Top League, the San Pedro Pirates Football Club (male team) suffered a 3-0 defeat against Verdes on Sunday, November 21st in Belmopan City. Despite this defeat, the island team ranks among the top three teams (3rd place) in the Football Federation of Belize tournament. The team is now preparing for two games this week, on November 24th and the 27th. 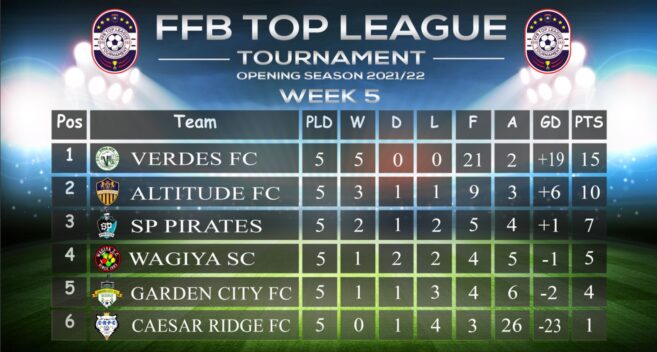 Verdes have always been a challenging team, and on Sunday, November 21st, they again proved why they dominate, currently leading in the competition as the tournament goes into the second round. Team Altitude is in second place, and San Pedro Pirates cling to third place.

The island boys could not manage to score against Verdes. At minute 26, Verdes opened the score. They maintained their defensive posture and continued pressing on the island team. Their technique worked, and at minute 42, they netted the second goal against San Pedro Pirates.

During the second half of the match, the island squad scrambled to control the game to no avail. Although they held Verdes at bay for most of the second part of the match, they could not prevent a third goal at minute 32. At the end of the game, Verdes sealed their victory with the final 3-0 score, catapulting them to the tournament’s top.

San Pedro Pirates now need to win the upcoming games on Wednesday, November 24th against Caesar Ridge at 6PM and on Saturday, November 27th against Garden City FC at 4PM to lead in the competition. As per the tournament rules, all games will take place at the Isidoro Beaton Stadium in the capital city of Belmopan.

The results of the other games, including San Pedro Pirates’, can be seen in the graphic image below: 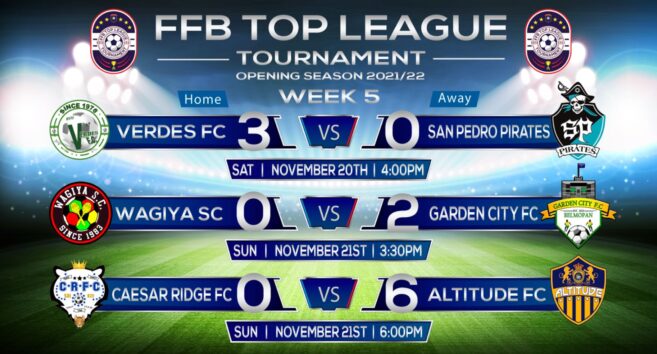