With the ease in COVID-19 regulations pertaining to sports, the Football Federation of Belize (FFB) officiated three matches over the weekend in its national tournament dubbed FFB Top League. San Pedro Pirates FC traveled to the capital city of Belmopan on Sunday, October 24th, and grabbed its first three points in the competition after defeating Garden City FC 2-0. 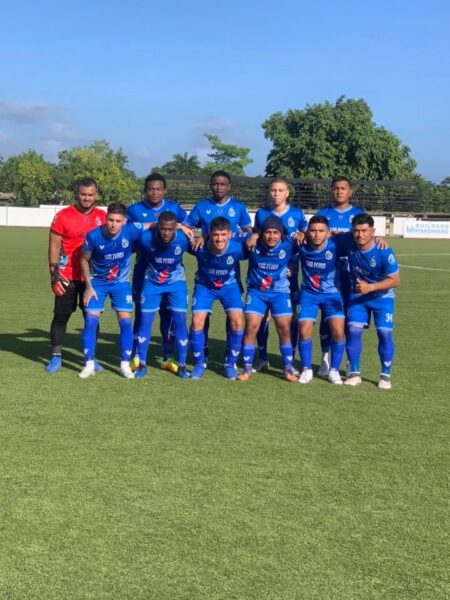 The anticipated tournament will host all games at the Isidoro Beaton Stadium in Belmopan, with six teams competing for the championship. They include San Pedro Pirates FC, Altitude FC, Caesar Ridge FC, Garden City FC, Verdes FC, and Wagiya SC. The tournament officially kicked off on Saturday, October 23rd, with a match between Wagiya Sc and Altitude FC. This match was very intense, and both teams played their best. However, it was not enough to see a winner, and at the end of the game, the score was 0-0.

The following day, the newest team to the tournament, Garden City FC, faced the San Pedro Pirates. The game started at 3:30PM, and during the first half, there were no goals from either team. The island team kept the pressure to open the second half by striker Facundo Garnier at minute 73. The Pirates sealed the game with a second goal by Gilroy Thurton at minute 90. The final score of 2-0 gave the island boys its first three points.

On that same day, Verdes crushed Caesar Ridge with an unexpected 13-1. 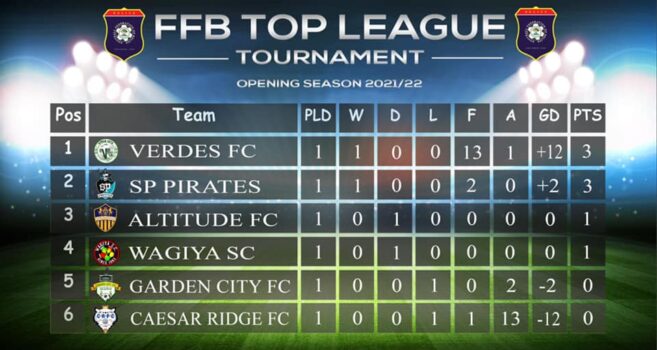 San Pedro Pirates and Verdes are up in the competition with three points each with the weekend’s results. At the same time, Altitude and Wagiya have one point. Caesar Ridge and Garden City started the tournament with zero points. 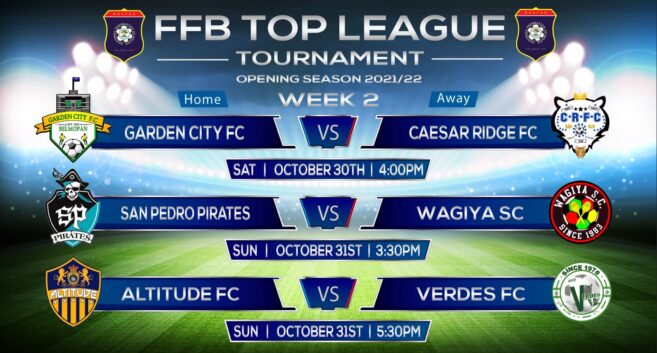 The games continue this weekend, with Garden City facing Caesar Ridge on Saturday, October 30th at 4PM. On Sunday, October 31st, San Pedro Pirates will travel to the capital city again to meet Wagiya at 3:30PM. The second game for that day will be at 5:30PM between Verdes and Altitude.