On Friday, July 9th, two island female football players, Tanya Teul and Dennisa Pineda, will report to camp and at the Football Federation of Belize (FFB) to train with the U-20 National Football Team. The team will participate in the upcoming Confederation of North, Central American, and Caribbean Association Football (CONCACAF) U-20 women’s qualifier. The tournament is set to occur from the 10th to the 19th of September at a venue yet to be determined by CONCACAF. 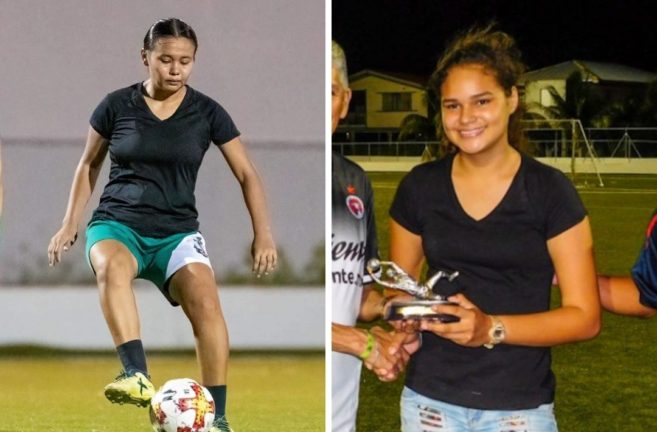 Both Teul and Pineda are veteran athletes and have previously represented the country in the CONCACAF. In 2018, they were called to join the U-15 National Team. Then in 2019, both island players were called back to camp at FFB’s, where they participated with the U-16 female team. In August of the same year, they were back competing at CONCACAF with the U-17 national selection.

Pineda plays as a goalkeeper while Teul is a midfielder.

The island community is more than proud of two footballers will once again represent the island and the country in such prestigious tournament. The sporting sector in San Pedro Town wishes them the best in the upcoming tournament in September.

The U-20 National Female Football is comprised of players from across the country. Players hail from the mid-south, Stann Creek, Belize, Belmopan City, Orange Walk, Toledo, Corozal, and Cayo.