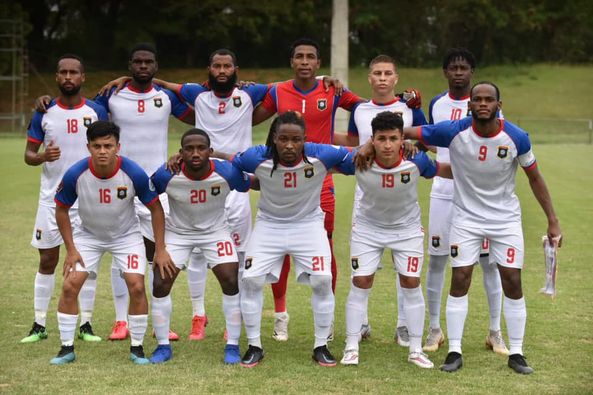 After losing 2-0 to Haiti last week, on Tuesday, March 30th, the Belize National Football Team-the Jaguars did much better on their second World Cup qualifying game for the Qatar 2022 World Cup and proceeded to blow out Turks and Caicos 5-0. The match, considered Belize’s home game, was played in Santo Domingo, Dominican Republic.

As stated previously by the team’s captain Deon McCauley on Monday, March 29th, the Jaguars were going to execute a more offensive gameplay. Something they lacked when playing Haiti on March 25th that resulted in defeat. Throughout most of the first half of the match, Belize maintained a good position. The Jaguars finished the first half of the game leading 1-0. Carlos Barnardez scored the goal during the injury time (minute 46th) before halftime.

The Jaguars scored two additional goals in the first minutes of the second half. These were netted by Carlos Bernardez, minute 48th, and Jessie August, minute 49th. Towards the end of the match, at minute 81st Deshawnon Nembhard scored Belize’s fourth goal, and at minute 90th, Deon McCauley netted the fifth goal mashing Turks and Caicos 5-0.

With this assured victory over Turks and Caicos, Belize’s Qatar 2022 qualification campaign is now up and running. The Jaguars have now locked in three points and will continue preparing for their upcoming qualifying games set for June against St. Lucia and Nicaragua.