« Older: Inclusion of Persons with Disabilities is Crucial for the Sustainable Development of Latin America and the Caribbean
Newer: » Changes to COVID-19 regulations include new curfew and measures for travelers from Africa region 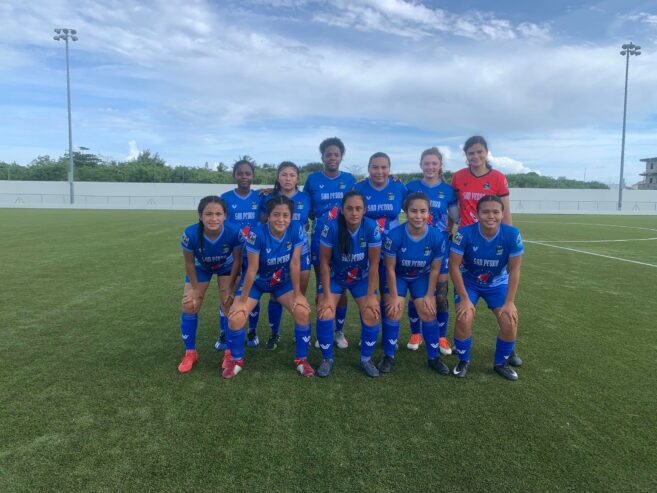 After a bumpy start in the 2021 National Amateur Women’s League (NAWL), and for the first time, the San Pedro Pirates female team is heading to the semi-finals of the national tournament. On Sunday, December 5th, the island girls faced the Corozal United Warriors. The game ended in a 1-1 draw; however, the San Pedro Pirates managed to qualify to the semi-finals due to aggregate goals throughout the tournament.

The match took place at the Santiago Ricalde Stadium in Corozal Town. The island team had been victorious in previous games, and this win was their sole aim. However, the Corozal team was not an easy feat, and by the end of the first half, the San Pedro team was losing 1-0. Both teams continued playing on the defensive in the first minutes of the second half. San Pedro started moving on the offensive to break Corozal’s defense barrier. After many attempts, at minute 67th, Pirate Elva Nuñez scored the first and only goal of the match. Other close attempts were made to widen the score, but at the end of the long whistle, the game ended 1-1.

The games over the weekend marked the end of the NAWL’s regular season. Besides San Pedro Pirates, three other teams will compete to claim first place in the competition. The others teams include Verdes Rebels, Rumberas, and Jewel Fury. 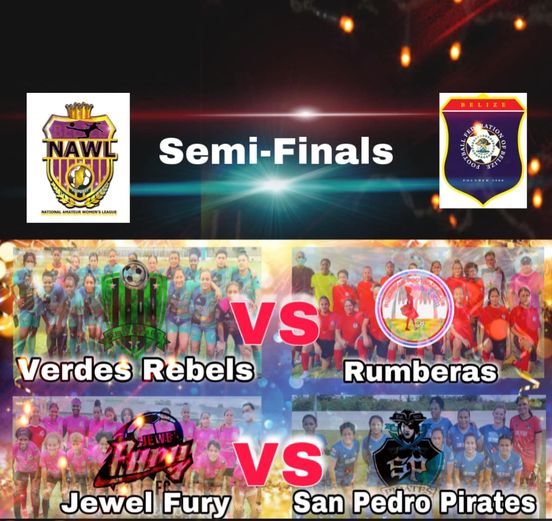 The first round of the semi-finals starts on Saturday, December 11th, in San Ignacio Town between Verdes Rebels and Rumberas, beginning at 3PM inside the Norman Broaster Stadium. On Sunday, December 12th, San Pedro Pirates will travel to the capital city of Belmopan, where they face Jewel Fury at the Football Federation of Belize-FFB Stadium at 3PM.