Jewel Fury is considered one of the toughest teams in the tournament, and it took the San Pedro team 40 minutes to open the score against the visiting squad. Island player Elva Nuñez defeated Jewel Fury’s goalkeeper with the aid of a crossed ball from the right side of the pitch. The first half ended with the San Pedro Pirates leading 1-0. 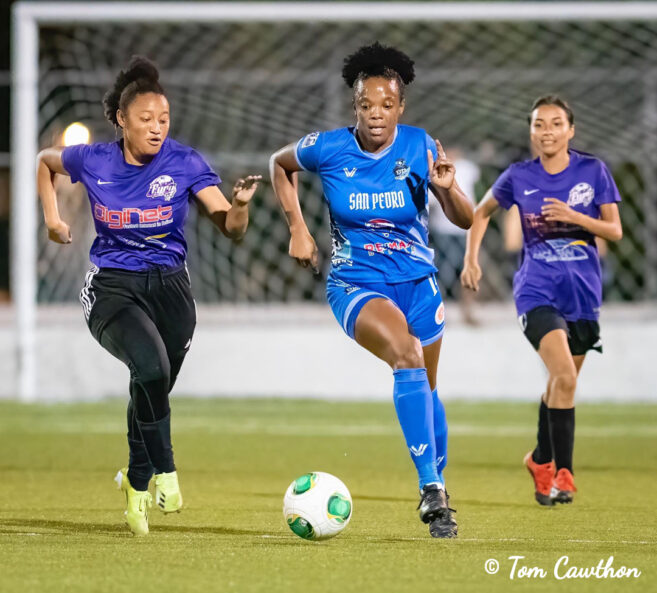 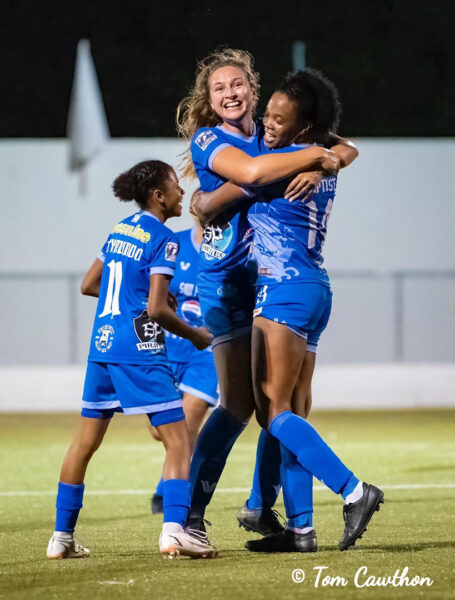 In the first minutes of the second half, Jewel Fury made a comeback, and at minute 49, evened the game with a goal by Khalydia Velasquez. But the island team was not going to stop at a draw or let the visiting team leave with the win. The island girls went on the offensive, and at minute 89, Tamara Baptist outran Jewel Fury’s defense. After one-to-one with the goalkeeper, Baptist comfortably scored San Pedro’s second goal sealing the game 2-1.

San Pedro is in second place in the NAWL tournament with this win. They are now getting ready for the second leg of the semi-finals this Saturday, July 2nd when they face Jewel Fury at the Isidoro Beaton Stadium in the capital city of Belmopan.

Belize and Ambergris Caye represented at 2018 Commonwealth Games in Australia