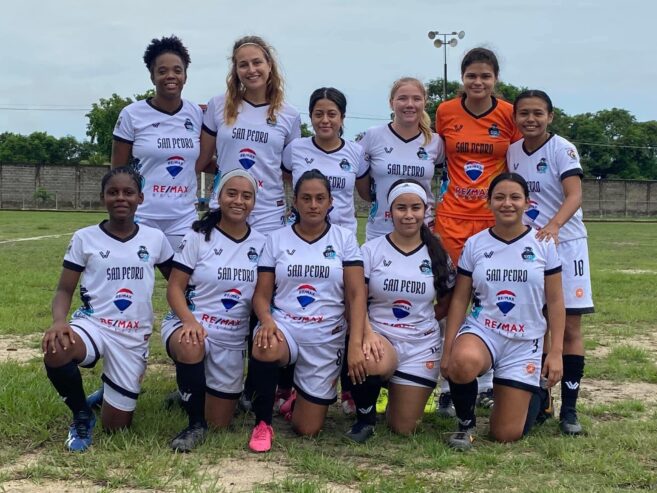 On Saturday, July 9th, the San Pedro Pirates female football team will be traveling to Belmopan to face Sagitun Girlz for a chance to win and bring home the championship of the National Amateur Women’s League (NAWL). The Lady Pirates advanced to the tournament’s finals for the first time after defeating defending champions Jewel Fury with an aggregate score of 3-2.

The crucial game occurred over the weekend at the Isidoro Beaton Stadium in Belmopan. The first half finished scoreless. A win was imperative for island girls to advance to the tournament’s championship. In the second half, they pressured Jewel Fury and put on a solid offensive without any luck.

Jewel Fury opened the score at minute 71 via a goal from Eris Galdamez. When the game ended, the Pirates were down 1-0, but it was not over yet. Although Jewel Fury was up 1-0, in the aggregate score, the teams were tied 2-2. This resulted from San Pedro’s victory over Jewel Fury 2-1 in the first leg of the semi-finals on June 25th at the Ambergris Stadium.

The girls returned to the pitch for an additional 30 minutes of injury time. The Lady Pirates went on the offensive again, and this time at minute 8, they untied the score with a penalty shot. Tamara Baptist took the responsibility and sent the ball to the back of the net. 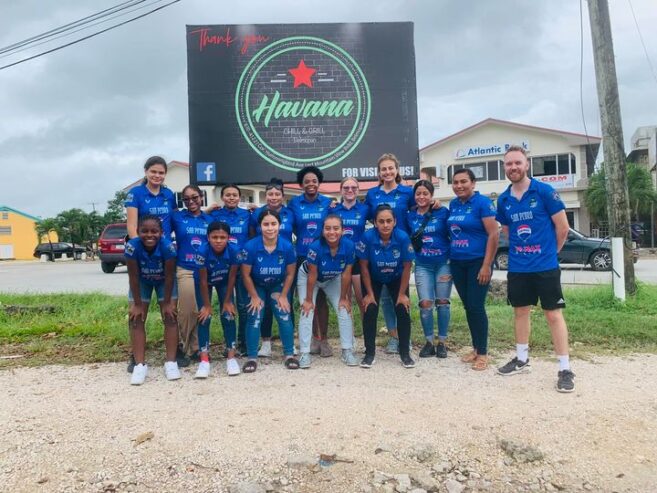 The regular score of 1-1, the same as the aggregate of 3-2, remained until the end of the match. The San Pedro Pirates celebrated their historic win and are now preparing for the NAWL’s finals. They will play against one of the strongest teams in the competition, Sagitun Girlz, from southern Belize.

The action will occur at the Football Federation of Belize Stadium on Saturday at 6PM.