On Saturday, April 23rd, the San Pedro Pirates female team could not secure a home victory after hosting Sagitun Girlz. Although the island girls did their best to play on the pitch, the visiting team managed to walk away with a 4-2 win. 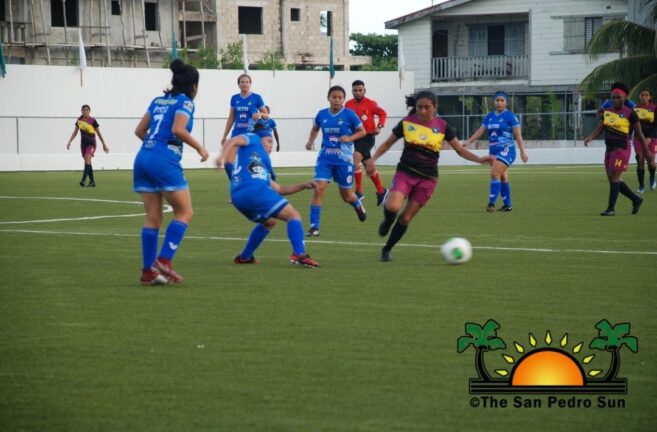 The match was played under the current National Amateur Women’s League (NAWL) Championship and kicked off at 4PM at the Ambergris Stadium. The first goal happened at minute 17 by Sagitun’s Surma Alfaro. The rest of the first half saw many close attempts from San Pedro Pirates to even the score, but Sagitun’s defense was a strong barrier. The island team played both defensive and offensive, but by the end of the first 45 plus minutes, the score remained 1-0 in favor of the visiting team. 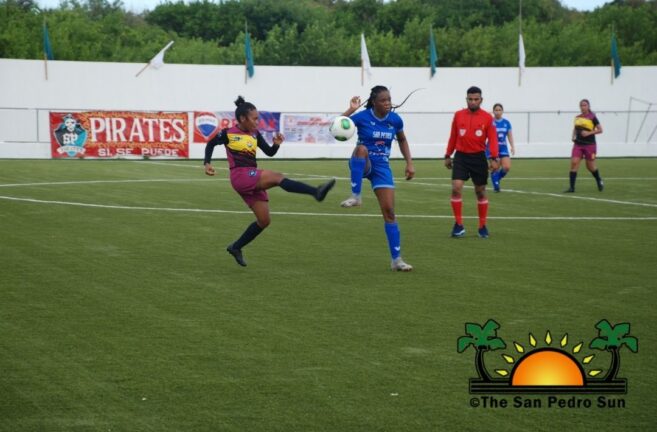 The island team reorganized in the second half, and with a more aggressive move, Iamara Baptis defeated Sagitun’s goalkeeper at minute 53, tying the game via a powerful long shot. However, the visiting squad scored seven minutes later when Karisha Coe swept the defense and shot the ball into the goal. A minute later, San Pedro Pirates’ supporters exploded in cheers when the island girls even the game via another powerful shot by Baptist. 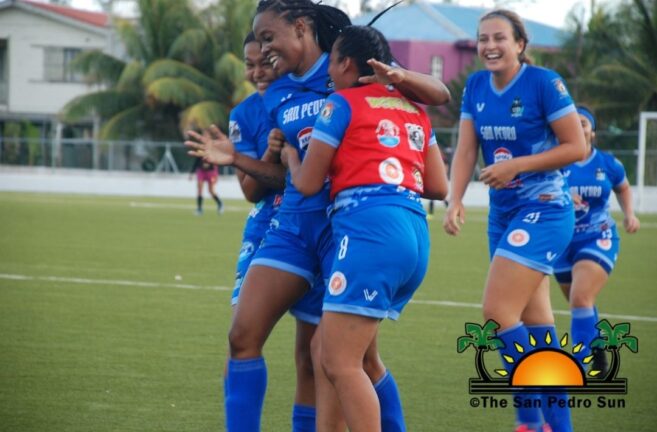 The game remained 2-2 until minute 73 when Sagitun’s Coe scored their third goal. Team Pirates tried to make a comeback via another long shot, but the ball hit the post shrinking any opportunities of tying the game. Then at minute 84, Sagitun’s Ana Ortega executed a corner kick that allowed Sabrina Eiley to net a fourth goal with a header. 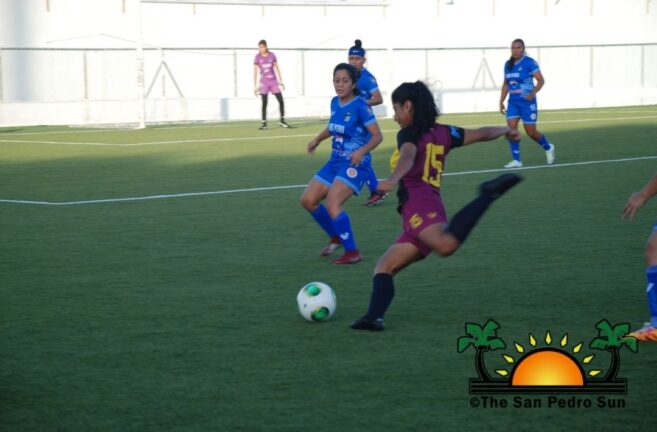 Although devastated by this deficit, the island footballers continued fighting hard until the last minute of the game. But the score did not change at the sound of the long whistle; Sagitun Girlz emerged victorious 4-2. 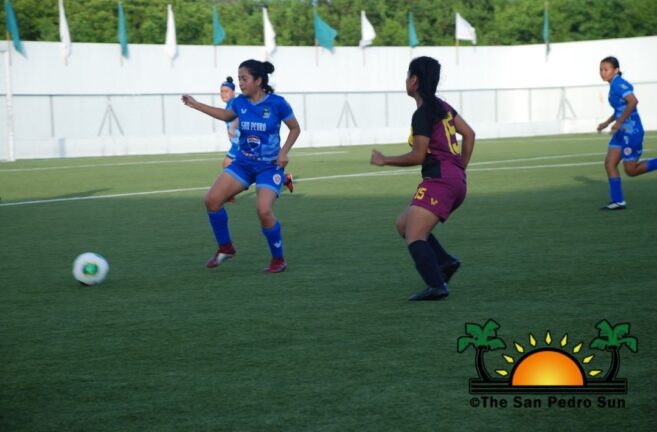 San Pedro Pirates is now in third place in the NAWL’s standings. The female pirates are now getting ready for their upcoming game this weekend, Saturday, April 30th, at the Michael Ashcroft Stadium in Independence Village, Stann Creek, against Team Rumberas. 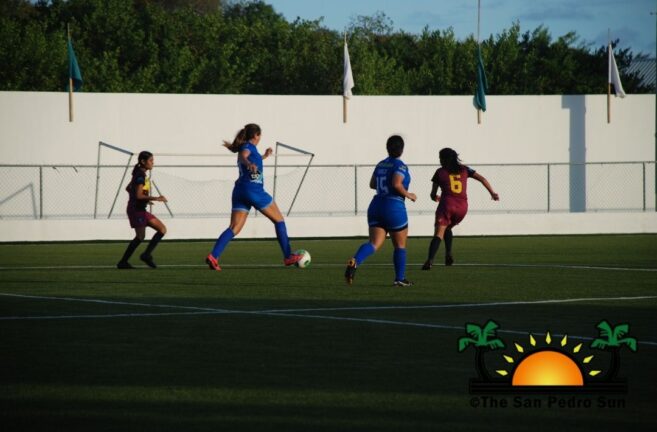 Other games across the country were between Verdes Rebels and Rumberas, ending in a 0-0 draw. Wagiya United SC crushed Santa Elena Strikers 9-0, and Cayo Dreamers lost 5-0 against Bay City FC.