Despite a 4-2 defeat against Altitude on Saturday, April 2nd, San Pedro Pirates remain in the race for the sub-championship of the Football Federation of Belize’s (FFB) Top League. The current standings of the tournament show the island team in third place with two upcoming games before the season closes. 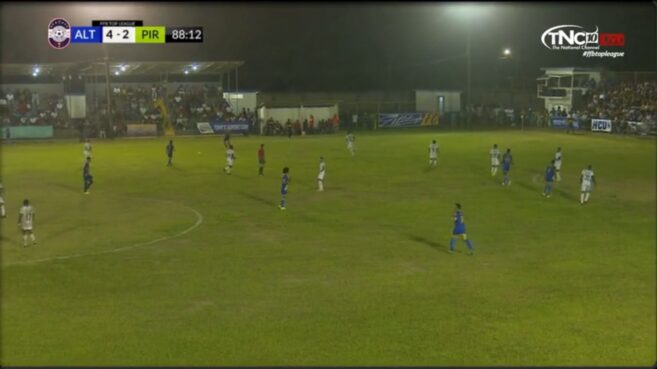 The Pirates traveled to Independence Village, determined to bring back the win that would put them closer to the sub-championship. The match started at 7PM inside the Lord Michael Ashcroft Stadium. Both teams went on the offensive, drawing loud cheers from the crowd in the bleachers. After 12 minutes in the first half, Altitude’s Andres Orozco took advantage of a play near the Pirate’s goal area and headed in the first score for his team. The game stayed at 1-0 for most of the first half until minute 42, when Miguel Garcia netted Altitude’s second goal. 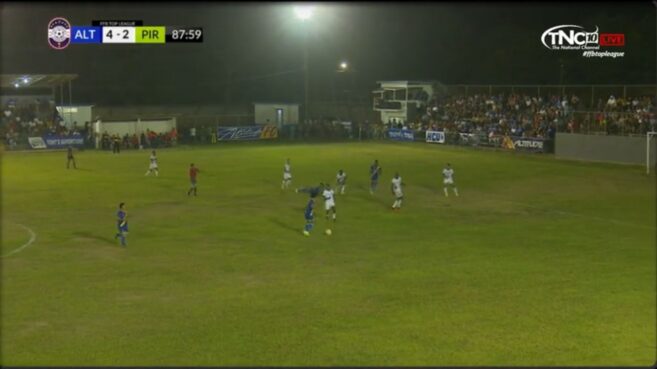 San Pedro Pirates’ Mario Chimal gave the island squad their first goal in the 48th minute of play in the second half. Then at minute 65, Alvin Forman headed the third goal for Altitude. The fourth goal by Altitude was netted in the 67 minute by Ashley Torres via a corner kick. San Pedro’s Chimal scored the second goal in the 69thminute ending the game 4-2. 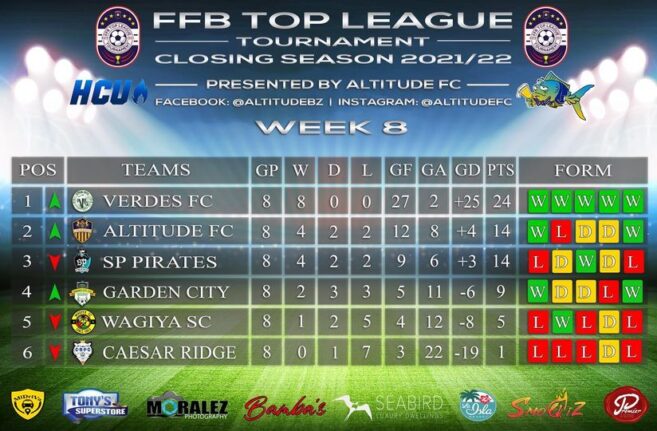 The race for the FFB Top League’s sub-championship is on, and San Pedro Pirates must win the upcoming games to capture second place in the competition. This weekend, their next game will be a challenging match as they face the Verdes champions in Benque Viejo del Carmen. The second and last game for the season will occur in San Pedro Town at the Ambergris Stadium against team Garden City.