San Pedro Pirates’ 3-0 victory over Caesar Ridge on Sunday, March 13th, has catapulted them to second place in the Football Federation of Belize‘s (FFB) Top League 2022 tournament closing season. The game took place at the FFB Stadium in the capital city of Belmopan. 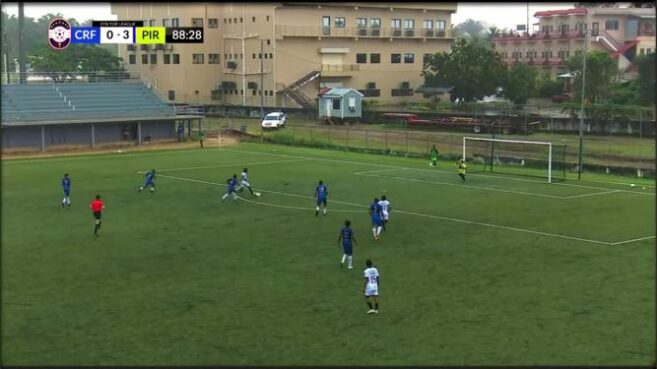 The island boys were in for a win, and at minute 10 of the first half, Moises Hernandez gave the Pirates their first goal. Sometime after, at minute 27, Horace Avila netted the second goal for the island squad. The first part of the match ended 2-0. Miguel Yco scored the third goal for San Pedro during the second half at minute 75. Caesar Ridge played their best but could not break the Pirates’ barrier and avoid the crushing defeat of 3-0 at the end of the game.
Other matches over the weekend saw Verdes tightly defeating Wagiya in their turf, Dangriga Town, 1-0. Meanwhile, Attitude and Garden City tied 2-2.
The tournament continues this weekend with games on Saturday, March 19th, across the country. San Pedro Pirates will host Wagiya at the Ambergris Stadium starting at 7PM. Verdes will face Garden City in the Cayo District, and Altitude will be playing against Caesar Ridge at their home field in Independence Village, in the Stann Creek District.