The island’s major football team, San Pedro Pirates, ended in third place in the closing season of the Football Federation of Belize’s (FFB) Top League, following their 6-0 victory over Garden City. In second place and sub-champions of the competition was team Altitude from Stann Creek District, while team Verdes from the Cayo District emerged as champions, finishing the championship undefeated.

The closing games took place over the weekend on Saturday, April 23rd, and in San Pedro Town, a large crowd showed up at the Ambergris Stadium to support their team. Although some rain almost overshadowed the fun game, fans enjoyed each goal scored by the Pirates. With most of the goals made in the second half, the island footballers met the threshold to fight for second place in the closing season of the FFB Top League. But they needed more than just meeting the threshold; Verdes, who at the same time were facing Altitude in Independence Village, needed to win. This win would benefit the Pirates; however, that did not happen. 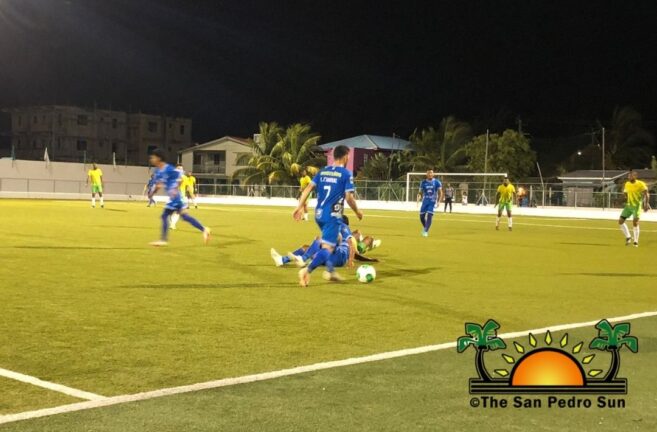 San Pedro closely followed the game between Verdes and Altitude. It was a nail-biting 90-plus minutes hoping for a Verdes win. Altitude held back, and although Verdes left their hearts on the pitch, the game ended scoreless. With the 0-0 draw, Altitude moved up to grab second place in the tournament with a total of 18 points, while San Pedro Pirates settled for third place with 17 points. Verdes finished the season with 28 points and were champions once again. 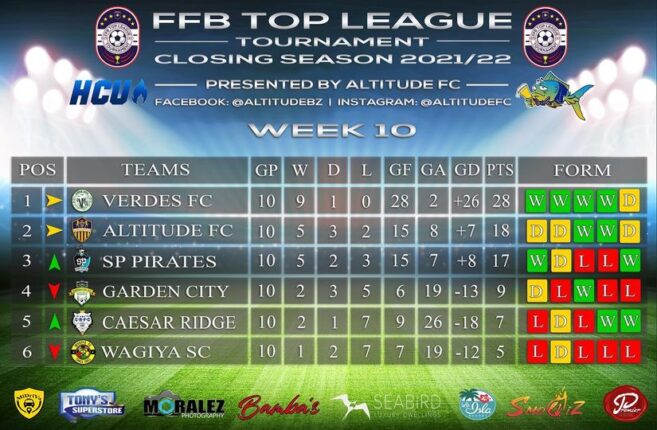