The island female football team, San Pedro Pirates, traveled to the capital city of Belmopan on Saturday, July 9th, for the championship of the National Amateur Women’s League (NAWL). It was a historic moment for the island team to make it to the finals of such a national tournament. They played phenomenally, leaving their hearts on the field. There could only be one winner, and on this occasion, their opponent, Sagitun Girlz, closed with a final 4-2 score. Nevertheless, the San Pedro Lady Pirates made the island proud and made history with the NAWL’s sub-championship.

The match occurred at the Football Federation of Belize stadium in Belmopan at 6PM. The first goal for Sagitun Girlz came at minute 11 by Jurshia Zuniga. It came via a powerful shot from Zuniga, defeating San Pedro’s goalkeeper Dennisa Mairena. 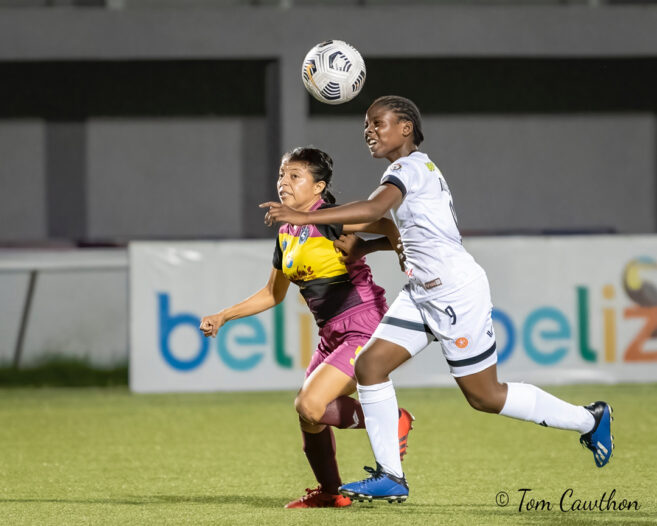 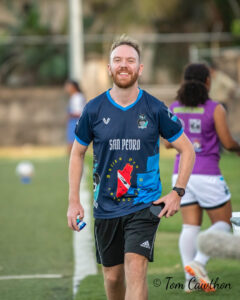 The Lady Pirates reassembled and went on the attack. Moments later, at minute 24, Elva Nuñez returned a powerful shot that was impossible for Sagitun’s goalkeeper Shalini Zabaneh to stop. Pirates’ second goal came at minute 38 with a strike from Tamara Baptist. San Pedro was the most dominant team at the end of the first half with a 2-1 lead.

The second brought surprises as Sagitun Girlz became more offensive and dominated most of the game. Sagitun’s Zuniga tied the game at minute 70 with another powerful shot. Nine minutes later, a penalty shot was called in favor of Sagitun, successfully executed by Pauline Linarez. The San Pedro Pirates could not make a comeback. During injury time, Sagitun’s Zuniga once again defeated the Pirates’ goalkeeper sealing their 4-2 victory and winning the championship.

A ceremony to issue trophies and individual recognition was held on the field. San Pedro Pirate’s coach Jonathan Hooper was declared the best coach for the season. Tamara Baptist is the best forward, Olivia DaCosta is the best midfielder, Elva Nuñez is the best young player, and the best goalkeeper went to Dennisa Mairena.

Illegal dumping affecting San Pedro’s Waterways
THEY came, they spoke and they listened