With a 1-1 draw against Aruba, the Belize Women’s National Football Team has gained 1 point in its quest for the Women’s World Cup Qualifier. The Lady Jaguars faced Aruba at home inside the Football Federation of Belize (FFB) Stadium in the capital city of Belmopan on Wednesday, April 6th. 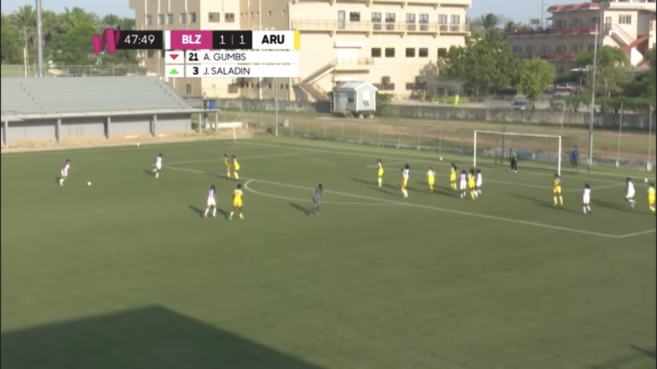 A penalty kick in the 24th minute of the first half gave the visiting Aruban team the lead. The penalty was against Belizean defender Shante Chacon, who brought down Aruba’s Vanessa Susanna in the 18 yard box (penalty area). The Lady Jaguars remained unfazed by the early deficit, focusing instead on upping the offensive pressure against Aruba. This focus served them right, as at minute 33, Belize’s Jesselle Conorquie was knocked down in the penalty area. The referee gave Belize its penalty shot and Mikhaila Bowden tied the game with a powerful shot directly over the goalkeeper’s head. 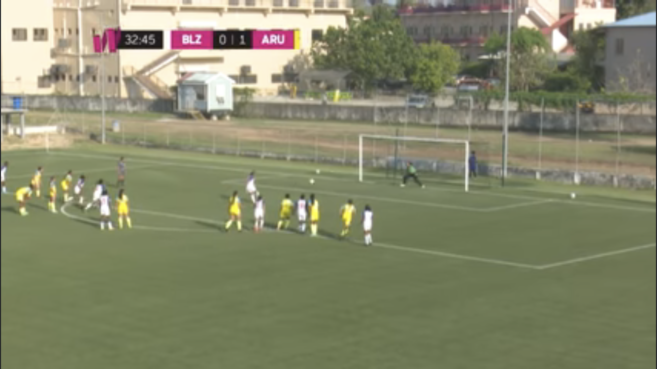 When the first half ended, the score remained 1-1. Upon their return to the pitch, both teams fought hard to widen the gap with a second goal, but the score did not change. Both teams’ defense held up throughout the game, and even though the Lady Jaguars came close to netting a second goal, time ran out. At the final whistle blow, the result was a 1-1 draw. With this outcome, both Aruba and Belize have gained one point in the standings. 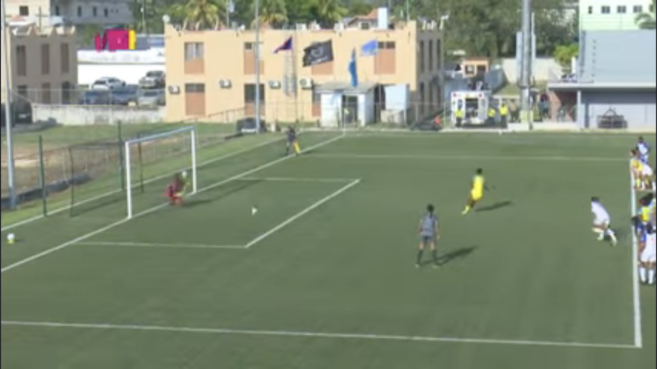 The Aruba team remains in Belize to await another qualifier game against Panama, to also be held at the FFB Stadium on Saturday, April 9th at 4PM. In the meantime, Belize Women’s National Football team is traveling by bus to San Salvador, El Salvador to play against Barbados on Tuesday, April 12th. That game starts at 3:30PM at the Cuscatlan Stadium.