The President of the Federation Internationale de Football Association or more commonly known as FIFA, Gianni Infantino, arrived in Belize on Wednesday, August 31st, for an official visit. According to reports, during his visit, he will look at football in Belize. 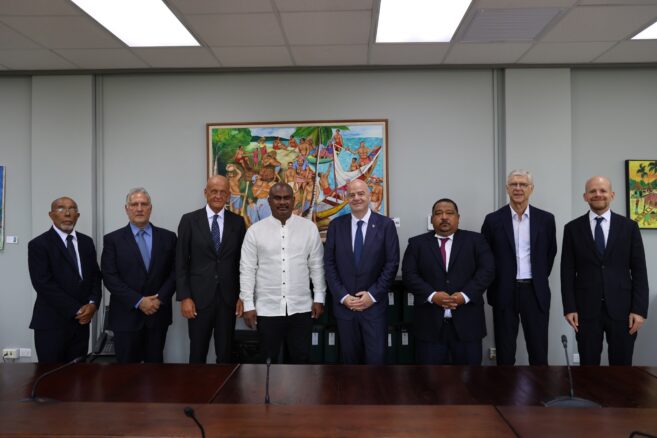 President Infantino met the Deputy Prime Minister, the Honourable Cordel Hyde, on his first full day in the country. Infantino and his delegation, including members of the Football Federation of Belize (FFB), held discussions with Hyde during a short meeting. Some of the topics discussed included the development of football in Belize and the consideration for a more solid plan in the government’s budget for the country’s national team. 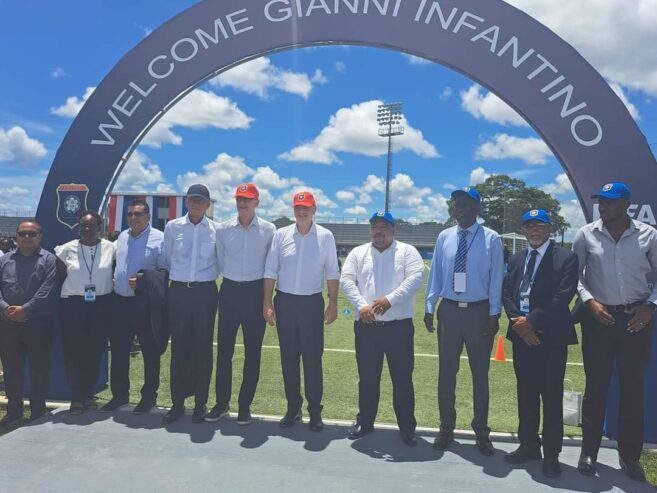 Deputy Prime Minister Hyde thanked the FIFA President for focusing on small countries like Belize, which lack the resources to develop sports adequately. Hyde hopes FIFA can work closer with Belize to contribute to the development of football. Later in the day, President Infantino was welcomed at the FFB headquarters in the Capital City of Belmopan. He visited the FFB Stadium, where he was greeted by many children waving Belizean flags. 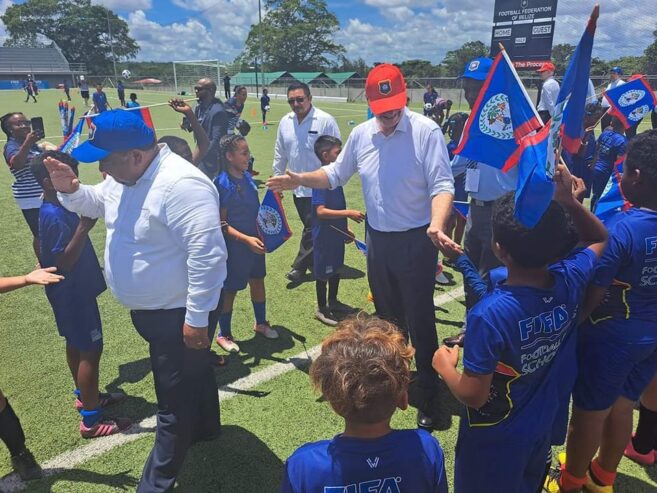 Infantino’s presidency has focused on bringing wide-ranging reforms to FIFA. Some of those reforms include expanding global participation in FIFA’s flagship competitions and boosting the organization’s investment in football development through a project known as the Forward Programme. The 52-year-old FIFA President is of Swiss-Italian nationality and was elected to lead this global organization in 2016. Infantino was re-elected as FIFA President in June 2019. 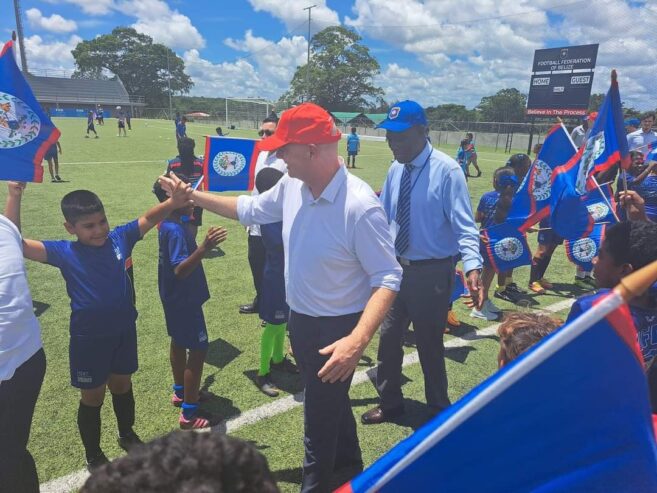 Before he visited Belize, Infantino visited Nicaragua and Guatemala. In Nicaragua, the discussion involved talent development, while in Guatemala it was about football development.