Press Release – Tropic Air – On April 29, 2013, Tropic Air announced that it will inaugurate non-stop service to Roatan, Honduras on November 20, 2013. With the launching of this service, Tropic will be the only airline to operate non-stop scheduled flights between Belize and the Bay Islands. Initially, Tropic will fly between Belize City’s Phillip Goldson International Airport (BZE) and Roatan Honduras (RTB) 3 times weekly, and tickets are now available for sale. 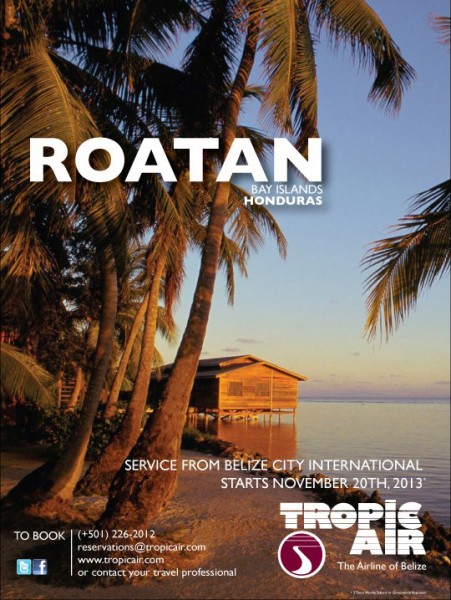 This new service will not only serve to make travel to Roatan easier, but will allow for the expansion of trade and tourism between the two countries and serve to further grow the historical ties between Belize and the Bay Islands. 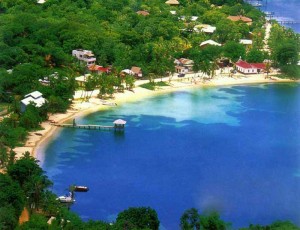 Roatan is Tropic’s second destination in Honduras and its fourth international route. In March, Tropic added Cancun service to complement its existing San Pedro Sula, Honduras and Flores, Guatemala route. This is in addition to its 11 domestic destinations within Belize.

“Our customers have been asking for it, and we are thrilled to announce it!” said John Greif III, President of Tropic Air. “We expect the market for this service to grow rapidly and we plan to add additional service as that happens. Not only will Belizeans finally be able to get to Roatan easily, but this opens up many new opportunities for the dive tourism market, and we have taken that into consideration with our schedule.”

With the addition of Roatan, Tropic Air will serve 15 destinations in Belize, Guatemala, Honduras and Mexico.

Belizean Chefs shine at Taste of the Caribbean 2018