Belize City, Belize – April 28, 2015 – Tourism statistics for the first quarter of 2015 show that overnight arrivals remained steady while cruise arrivals grew significantly over the same period in 2014.
There was a 1.1% increase in overnight arrivals in March 2015, representing an increase of 424 tourists over March 2014. This increase followed two months of decreases that were similarly small in magnitude, being 1.0% and 1.1% in January and February, respectively.
The major factor influencing the results in the overnight sector was weather conditions. There were severe snow storms that took place frequently during this period, resulting in cancellation of flights that affected travel from Canada, as well as the Central and Eastern United States, including Connecticut, New Jersey, Massachusetts, Rhode Island, and New York City – some originating destinations for visitors to Belize. 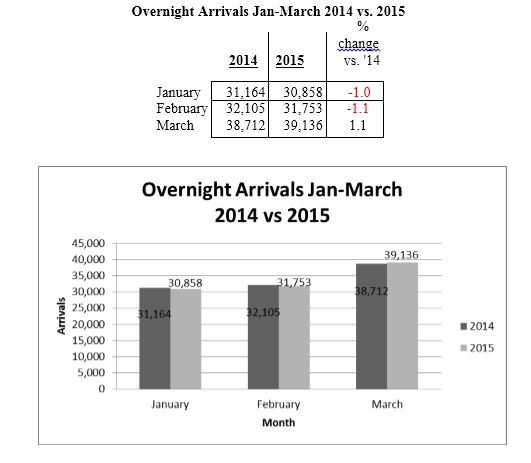 Cruise arrivals in 2015 have seen major increases in January and March, with 16.6% and 15.8% increase, respectively. February 2015 saw a slight decrease of 2.7% which resulted from the cancellation of two ships due to adverse weather conditions that made it impossible for tendering to take place. 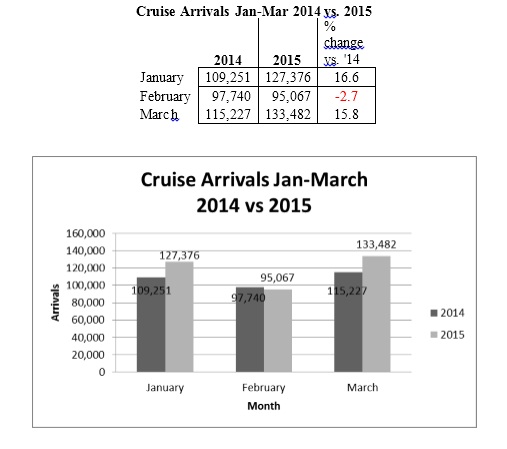 Land borders to reopen at the end of May; sea entry remain closed