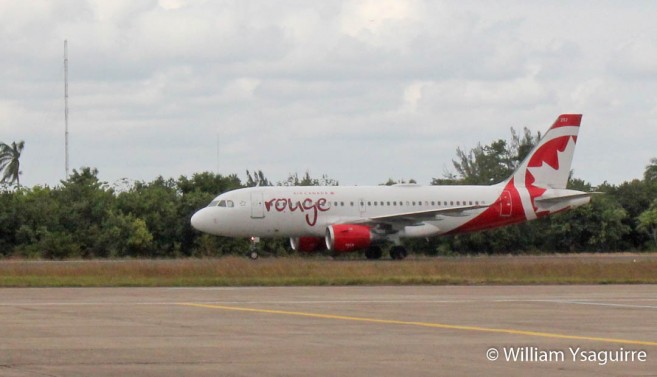 Minister of Tourism and Civil Aviation Hon. Manuel Heredia, Canada’s Honorary Consul to Belize Lynn Young, Belize Airports Concession Co. manager Jorge Espat and Air Canada’s regional manager Reina Nieto were on hand to welcome the inaugural flight from Toronto, which landed at the Philip Goldson International Airport around 1PM Friday afternoon, December 15th.
Air Canada’s arrival has been long in coming as the Belize Tourism Board have been actively courting the airline for over six years. Heredia hailed the new partnership with Air Canada as an exciting opportunity for Canadian visitors to have convenient access to come and enjoy our many unique and breath-taking natural attractions, culture and historical traditions, many of which Belize shares with Canada since both nations are members of the British Commonwealth. He also hoped that the new arrivals would spread the word about Belize as one of the fastest growing tropical destinations in the world –a perfect getaway filled with adventure and fun. 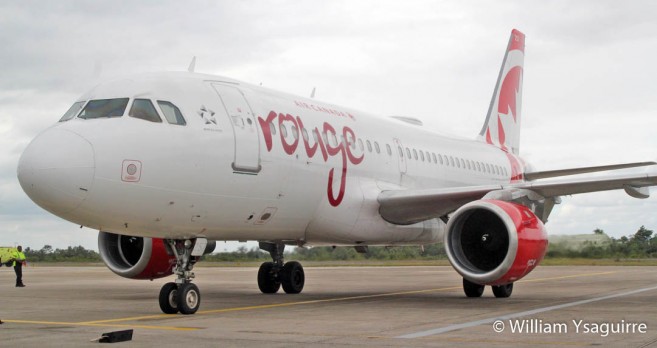 Canada remains Belize’s second largest tourism market, Heredia emphasized, as more than 156,000 Canadian visitors accounted for 6% of overnight arrivals last year, numbers which he hoped will grow with the increased air traffic to Belize, which is one of the fastest growing tropical destinations in the world! 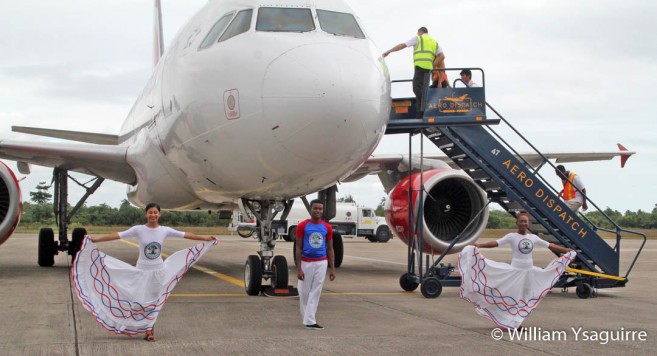 He also expressed the hope that the new service will open new areas of cooperation and trade between Belize and Canada, and it will offer new opportunities for Belizeans to study in Canada. 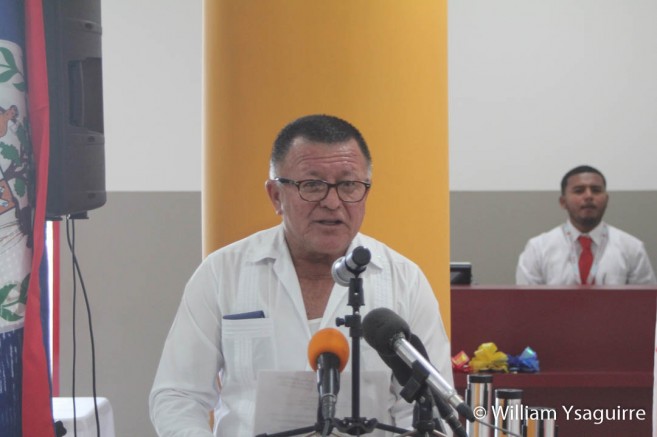 Honorary consul Lynn Young noted that Belize had concluded its Open Skies Air Transportation agreement with Canada only last year, and that it was most rewarding to see the opportunities for more exchanges between our two countries coming to fruition, and for a growing number of student exchanges. He also hoped it would increase our bilateral trade with Canada which reached $13.08 million last year. Belize’s exports to Canada enjoy duty-free access under CARIBCAN, Canada’s preferential trade arrangement with the Commonwealth Caribbean. 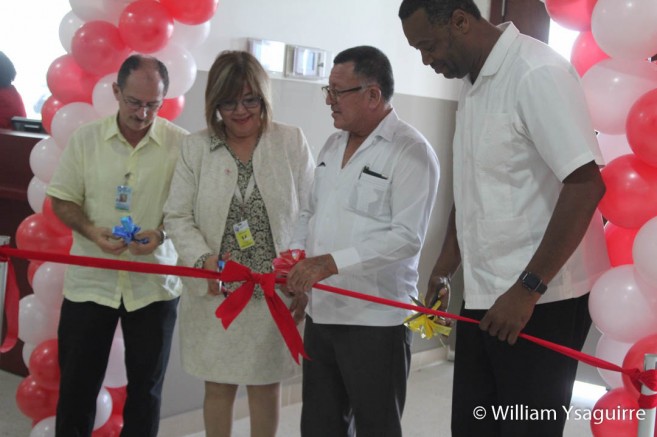 Heredia, Young and Espat joined Air Canada’s manager Reina Nieto in a ribbon cutting ceremony to formally open the new service, and the Belize Dance Company joined BTB protocol officers on the tarmac to welcome the new arrivals as they disembarked.