« Older: Energy from Waste is a go for Belize
Newer: » First Marine Climate Change Report Card for the Caribbean in the works


The 2016 Atlantic hurricane season wrapped up on Wednesday, November 30th, and according to meteorologists, it was noted as the busiest season since 2010. This year, there were a total of 15 named storms, seven hurricanes, and three major hurricanes, making the season “above average”. The season was also considered the deadliest, causing thousands of casualties and leaving a swath of destruction world-wide. 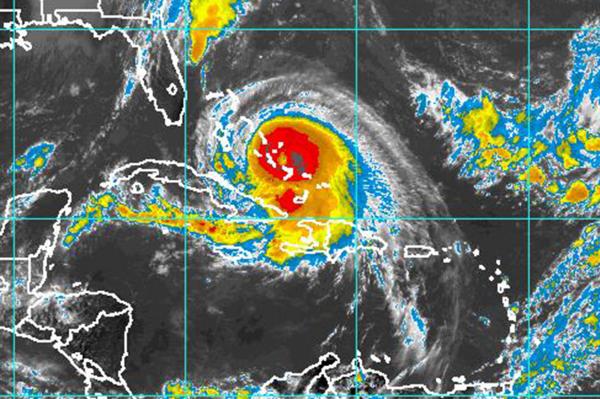 During the middle of the season, Category One Hurricane Earl struck Belize in August 2016, leaving widespread damage, and destruction throughout Belize City, Ladyville, Ambergris Caye, and Caye Caulker. Near the end of the season, the country was keeping an eye out for Hurricane Otto, which formed in the southwest Caribbean in late November 2016. It passed just north of Panama, intensifying to a Category Two hurricane as it made landfall in southern Nicaragua. However, the country was spared from its impact, receiving only a few heavy rain showers.
Newly installed acting Chief Meteorologist Catherine Cumberbatch explained to Channel 5 News what contributed to the above normal season. “The 2016 Atlantic Basin Hurricane Season did turn out to be above normal. We had fifteen named storms and of the fifteen named storms, seven of them became hurricanes. Three of them were major hurricanes; meaning they were category three and greater on the Saffir-Simpson Hurricane Wind Scale. The strongest system for the season was Hurricane Matthew, with winds of 165 miles making it a category five storm with a maximum central pressure 934 millibars. Looking back on the fifteen named storms that formed during the season, Belize unfortunately was affected by one of them [Earl],” said Cumberbatch.
She said there were three main factors that contributed to the 2016 Hurricane Season. “One was the warmer than normal sea surface temperature. Two was Accumulated Cyclone Energy (ACE), which was way above normal, and thirdly, was the same transition from the El Niño to neutral La Niña condition. Those were the three major influences on the 2016 Hurricane Season. In the transition phase from the El Niño to neutral La Niña condition, what it does for us in the Caribbean is cause the wind shear to be much weaker, and that usually gives way to more organized conditions in the region. This would usually lead to higher cyclone activity,” said Cumberbatch.
According to Cumberbatch, it’s too soon to predict whether these factors will arise again for the 2017 hurricane season, which officially begins next year on June 1, 2017. However, she strongly advises the public to stay alert and be prepared—even after the season. “The season is over, but history teaches us that these systems can form outside of the season. A typical example of that was in January of 2016 when we had Tropical Storm Alex that formed in the North Eastern Atlantic. So, my advice to all Belizeans is to go over your hurricane plan and see what are your shortfalls and weaknesses, so that if the situation arises in 2017, you will be even better prepared,” said Cumberbatch.
The Belize Meteorological Service remains committed in providing the country with weather updates, and in the case of any emergency, the country will be promptly informed.

NEMO Still Monitoring Potential For Development Of A Low Pressure Area Near to Belize (AS AT 8:00 A.M )