On Thursday, November 19th, 2020, the Prime Minister Hon. John Briceno, and Hon. Jose Abelardo Mai, Minister of Agriculture, Food Security and Enterprise, visited Maypen Village in the Belize District to get a firsthand look at the situation involving cattle rescue due to flooding. 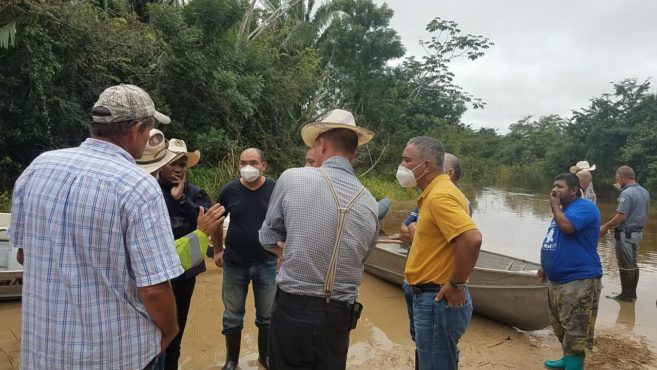 Maypen is a settlement that lies off the Philip Goldson Highway, approximately 27 miles outside Belize City. Residents of the area are involved in cattle ranching which has been impacted by the recent rains and the rising Belize River. Cattle in the area have become stranded and are in danger of drowning. 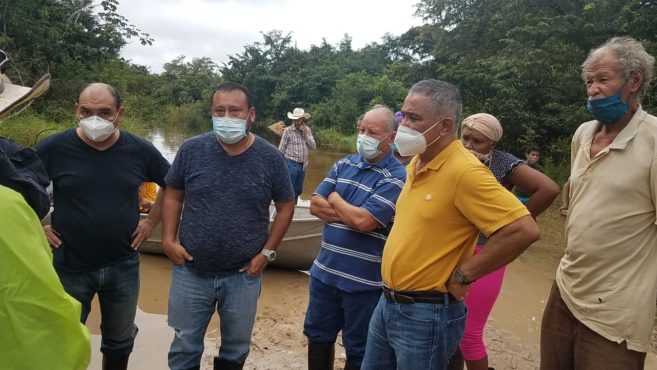 Minister Mai was apprised of the situation at a meeting during his familiarization tour. Quick action on the Minister’s part led to collaboration with the Belize Livestock Producers Association (BLPA), Banana Bank Lodge, Caribbean Tires and Mennonite ranchers from the villages of Blue Creek and Shipyard, who provided boats and trailers to help rescue the stranded animals. Of the approximately 300 heads of stranded cattle, 60 have already been rescued. 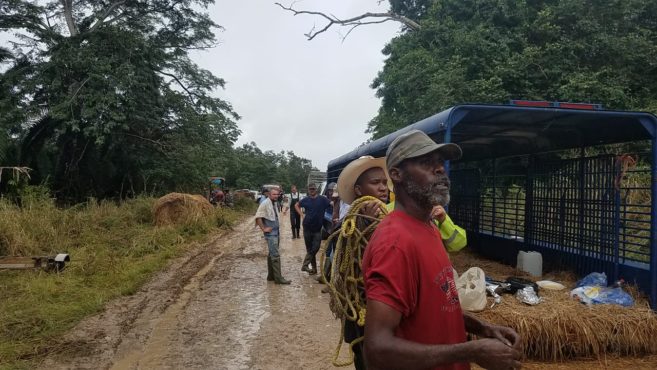 Accompanied by area representative for Belize Rural North, Hon. Marconi Leal, the Prime Minister and Minister Mai also visited Crooked Tree to get a look at the flooding and spoke to affected residents. The causeway is under water and several families in the village have been evacuated to shelters.