The San Pedro Fire Department is investigating a fire that consumed a wooden structure with zinc roofing a few hours before dawn on Thursday, September 2nd, in the DFC area south of San Pedro Town. The gutted structure served as a small grocery shop, and although it was near other buildings, the blaze was extinguished before it could spread. No one was injured, but the material losses are estimated to be over $25,000. 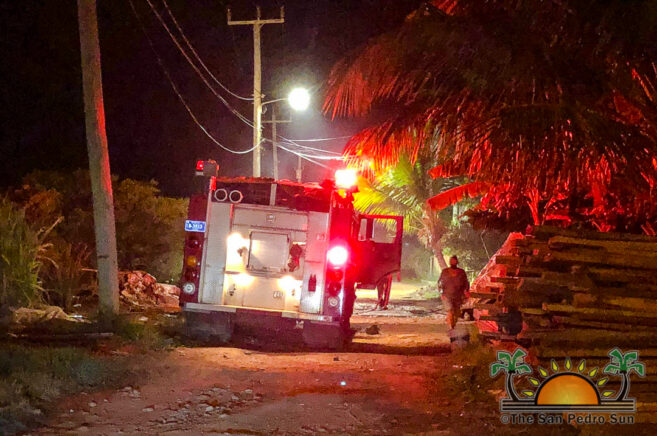 The fire victims shared that just after 2:30AM, and they heard dogs loudly barking and then movement on the street. Some minutes later, the heat of the flames woke everybody up, and they attempted to save some of the contents inside the building, but it was futile. The priority was to secure the other structures on the property, move the golf carts out of the way and call the fire department. When the firefighters arrived, they quickly contained the fire which could have spread to other structures near a lumber yard. The tragedy could have then been a significant incident. The firefighters asked that no one interferes with the scene so that investigators arriving later could conduct a proper inspection. 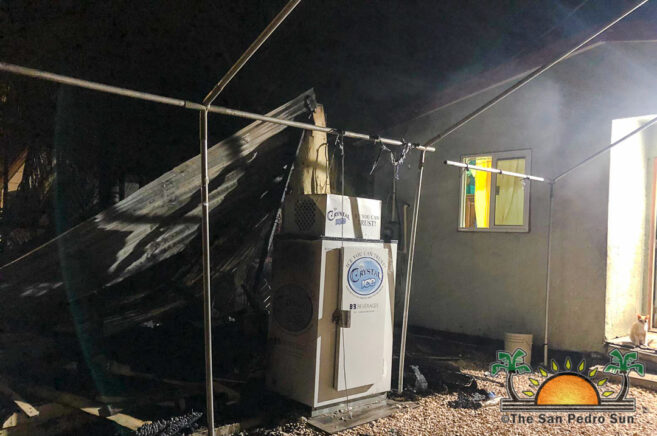 The shop’s proprietors said the blaze was too intense and consumed the wooden structure with ferocious speed. Everything inside the shop was destroyed by the fire, including freezers full of goods, one with ice cream they had recently added to their business. According to the owners, the grocery shop building and its contents were not insured. The loss is devastating, and those affected believe it could be an act of arson.

The local fire department, however, said the investigation is just starting, and they are looking at all possibilities.