On Thursday, June 16th, Guillermo “Mito” Paz of the San Pedro House of Culture (SPHC), along with Brenda Henkis and Felix Ayuso, met with Mayor Daniel Guerrero and Minister of Tourism, and Civil Aviation Hon. Manuel Heredia Jr. to present a flag to use for branding and marketing in the upcoming celebrations. 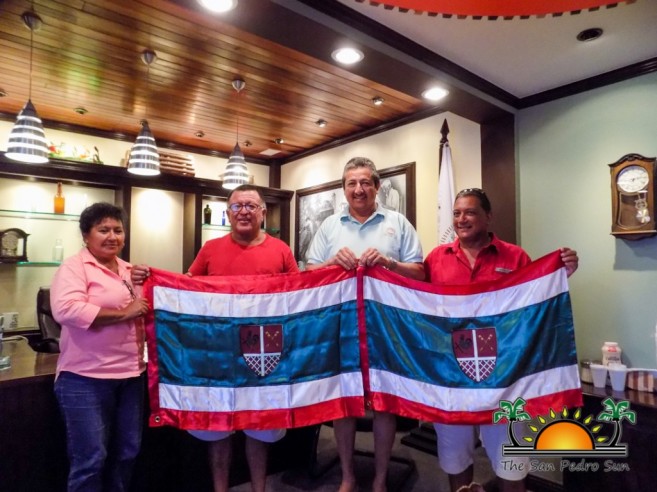 According to Paz, the SPHC and the National Institute of Culture and Heritage (NICH) wanted to design a flag that represented the history, heritage, and the identity of San Pedro. “We have designed a flag and emblem to identify the history of the island, and our vision is to see the whole community adopt the flag as the official San Pedro flag,” said Paz. 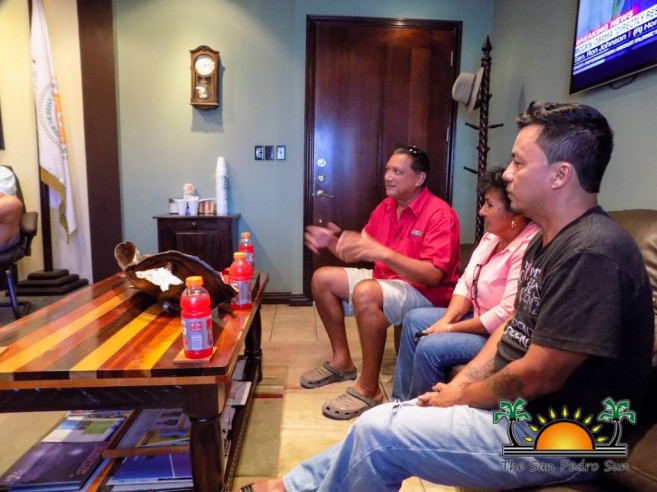 The red, green, and white flag has an emblem which represents important aspects of the island’s heritage, including the symbol of Saint Peter the patron saint of San Pedro, who the town was named after. St. Peter is also the patron saint of fishermen, net makers, and ship builders. Each color represents the three colors of St. Peter. The red signifies the blood of those massacred during the Yucatan Caste War (YCW). White symbolizes the peace that the refuges of the YCW found in their home. The green represents a hope for a better future for the Mestizo people. The shield represents the emblem. An inverted Latin cross divides the field into four quarters. The field is a maroon color, the traditional color of royalty and nobility. 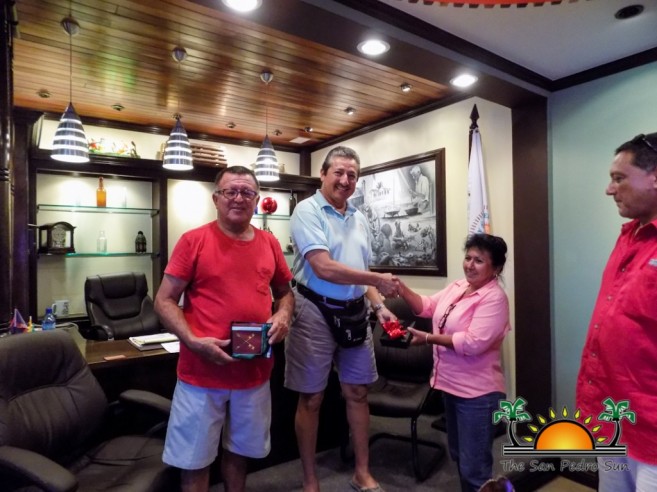 Understanding the significance of the flag, one symbol at a time:
The inverted Cross: A St. Peter’s Cross is an inverted Latin cross. It symbolizes the death of St. Peter, the Prince of the Apostles. Since Jesus was crucified upright, St. Peter felt he was unworthy to be crucified in the same manner, and was crucified upside down.
The rooster:  The first quarter, the upper left hand section, bears the rooster, which represents the three times St. Peter denied Christ.
The crossed keys: The second quarter, the upper right hand side, represents the Papal authority to which the Society of Jesus is dedicated by a special vow, and the Christian people are assured of reliable guidance in faith and morals. The crossed keys symbolize Christ’s keys to heaven, and his authority according to his words spoken to Peter. 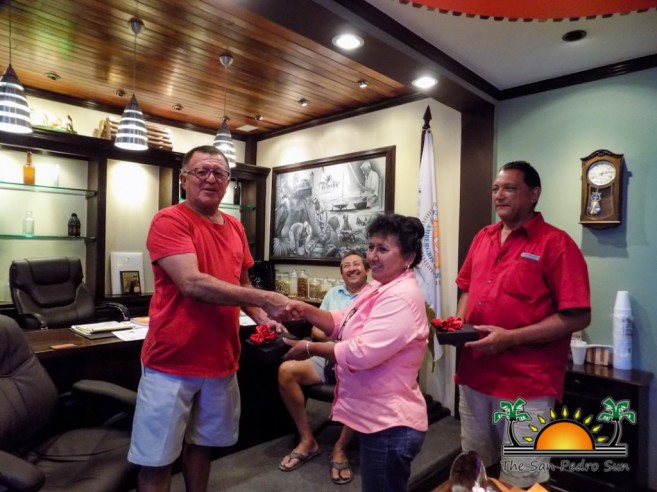 The fisherman’s net: The two lower quarters portray the fisherman’s net and the apostolate of the Church and Society: “I will make you fishers of men.”
The motto: The motto, “Sub umbra Petri” is translated “Under the shadow of Peter”, and recalls the beautiful practice of the early Christians that brought their sick to Peter. Based on the verse, “so that when Peter passed, his shadow at least fall on some of them”. Under the same shadow, San Pedranos will live and prosper.
The flag will be officially presented to the public for the “Dia de San Pedro” activities starting Monday, June 27th. The gathered officials also discussed using the flag in all the upcoming San Pedro Town celebrations.