Public officers across the country are welcoming the news from the government that they will be receiving back the 10% of their salaries that had been taken away from them by the new administration in the new fiscal year. When the current government headed by Prime Minister John Briceno took office in 2020, they found it necessary to apply the salary cut to help build back the national economy devastated by the COVID-19 pandemic. Although public officers rejected the pay cut, they endured the salary reduction for months. According to PM Briceno, as of July 1st, all public servants will receive their full wage. 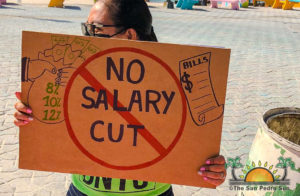 On Monday, February 28th, the prime minister released a pre-recorded message where he assured the return of full salaries; there was no mention of any increments or bonuses. Briceno said he was pleased that his Cabinet agreed that his government would fully restore the wages to government workers, including police officers and teachers, in the new fiscal year. “It will be restored not in stages, not in increments, but in full as of that date,” he said. Briceno added that allowances would also be provided, and a standard workweek would also return. 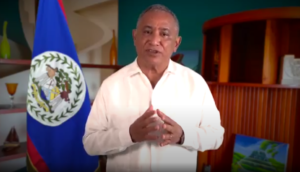 Throughout 2021, government workers, particularly teachers, protested countrywide against the proposed salary cut. In San Pedro Town, teachers were visible on the streets with placards denouncing the plan. They asked the government to collect the overdue taxes owed by large companies instead of reducing their salaries to balance the 2021 budget. Cabinet approved the reduction despite these peaceful demonstrations, and public servants reduced their weekly working hours to compensate for their consolidated pay.

Briceno now claims that the economy is in a better state, and the reductions can end. He also said that the public officers’ sacrifices helped the economy bounce back. Another factor was the return of the tourism industry, which is reportedly doing well and benefiting the country.

During a work retreat on February 24th and 25th, Briceno and his Cabinet reviewed the International Monetary Fund’s (IMF) concluding statement issued at the end of its recent Article IV consultation. According to him, the IMF hailed the country’s impressive economic performance. However, they cautioned that economically Belize is not out of the woods yet. As such, the Cabinet approved a budget that is prudent and pragmatic. Briceno’s government will emphasize an ambitious social policy agenda centering on bringing relief to the more vulnerable among Belizeans and expanding the National Health Insurance program while building the country’s economy. The aim is to partner with the private sector, the unions, and non-governmental actors.