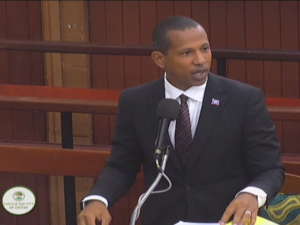 The proposed 2022-2023 Government of Belize (GOB) budget of  $1.361 billion will now be debated in the Senate before the governor general, Froyla Tzalam, issues her consent. On March 24th and 25th, it was debated in the House of Representatives, where the Leader of the Opposition, Honourable Moses ‘Shyne’ Barrow, criticized it, claiming it was wastage and misprioritization. Prime Minister Honourable John Briceño and his team disagreed, stating it will address education, health, strengthening of Tax Administration and Public Expenditure Management, COVID-19 response, agriculture program, sustainable tourism, conservation, road infrastructure, and others.

Barrow was not convinced that inflation was the paramount issue to address. “Those are the problems we have,” said Barrow. He pointed out one specific item of the budget that calls for an increase in the budget for the Office of the Prime Minister from reportedly $3 million to $13 million. He insisted that such additional monies could be invested in the people’s well-being. The Prime Minister said that the extra funds pay a debt his administration inherited. Barrow ended by classifying the budget as a betrayal of the Belizean people. 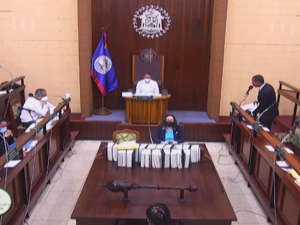 Briceño defended the proposed budget, saying that this would be the most significant spending and investment in the country’s history. They claim to have prudently and responsibly configured the new budget with a primary surplus. In his presentation, the Prime Minister said his team inherited a debt of over $4.2 billion in 2020. That debt is now just under $4 billion in one year.

With the new budget management, the government expects to collect around $1.122 billion in revenues, a 7.5% or $86 million higher than the forecasted outturn for the fiscal year. Tax and non-tax revenues are projected to rise, while capital revenues will remain constant. The budget presentation added that grants would fall to $35 million, in line with the government’s bilateral agreements.

Some of the investments

The government plans to pump $9.2 million in conservation to meet their commitment under the Blue Bond debt for the marine protection swap program. 40% of this amount goes to public sector agencies involved in marine conservation programs. There will be $7 million for COVID-19, if required, $24.2 million for maintenance of highways, streets, drains, rural roads and feeder roads, and $68 million for road infrastructure. There will be a total of $5 million allocated for low-income housing. This year, the government also proposes implementing 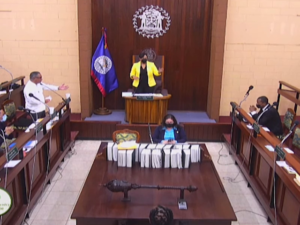 the long-overdue expansion of the National Health Insurance Program (NHI). Healthcare, primarily community-based, preventative care, is the backbone of a vibrant, industrious, and healthy population. The government plans to allocate $22 million to support this program to support health initiatives .

Overall, the Briceño administration under the People’s United Party says the Belizean economy has rebounded and is the highest in the region at the moment. They claim that the Belize dollar is strong due to rapid growth, and there is no risk of default and devaluation. The government says the confidence in the country has been restored.

One topic not adequately addressed in the two-day debate was the constant rise in fuel costs. This primary factor triggers continued inflation, affecting businesses and consumers nationwide. Inflation is affecting the economy, and unless the government does something to stabilize the increase in fuel, the Belizean people will continue to feel the rise in the cost of living.

The budget now awaits to be debated in the Senate on Wednesday, March 30, 2022. To read the full budget presentation, click https://bit.ly/3qMHoH4 and https://bit.ly/3qOt54S for the second half.