« Older: Mayor says height of bridge extension not to affect passage of boats below
Newer: » BWS says low water pressure and interruptions will be resolved before Easter 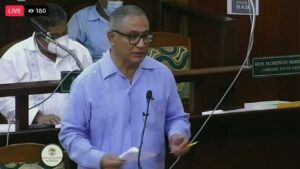 As previously indicated by Area Representative Honourable Andre Perez regarding the securement of funds for building a hospital in San Pedro Town, on Tuesday, March 15th,  it was confirmed that islanders would finally get the long-awaited medical facility. Prime Minister John Briceño announced during his budget presentation saying that the financing for the island hospital is a $33 million grant from the people and government of the Republic of China (Taiwan).

Prime Minister Briceño led a delegation from March 6th on a five-day official visit to Taiwan, where assistance for the hospital and other cooperation between the two countries was discussed. Briceño explained that the island hospital would be a 45-bed facility offering primary and secondary care services. According to Briceño, the health center’s construction will commence during this new fiscal year. The design of the building will include housing for doctors and nurses.

A hospital for San Pedro has been in the pipeline from the days of the previous administration under the United Democratic Party. Construction of this needed health center goes back as far as 2011. Back then, authorities claimed that land had been secured and sought funding. Former Area Representative Manuel Heredia Jr. hoped to have constructed the hospital by the end of 2020. However, this did not happen due to the COVID-19 pandemic and change of government.

Under the People’s United Party, the current administration will make a hospital in Belize’s prime tourism destination a reality. As the previous administration says, land has been located south of San Pedro Town and financing as well. With this in place, San Pedranos are sure to get the anticipated health care facility and put behind the days when patients need to be airlifted to the mainland for medical emergencies or extended care.

In the meantime, the relationship between Belize and Taiwan grows stronger. Belize is one of Taiwan’s closest allies. The Jewel is one of 14 diplomatic allies the Asian country has worldwide since establishing diplomatic ties in 1989.