Several island teachers joined the national strike action headed by the Belize National Teachers Union (BNTU) against the Government of Belize (GOB) on Monday, April 26th. BNTU members are disputing the GOB’s proposed 10% salary pay cut and an increment freeze for three years. They also demand good governance, the end of corruption, and the government to collect unpaid taxes from large companies. 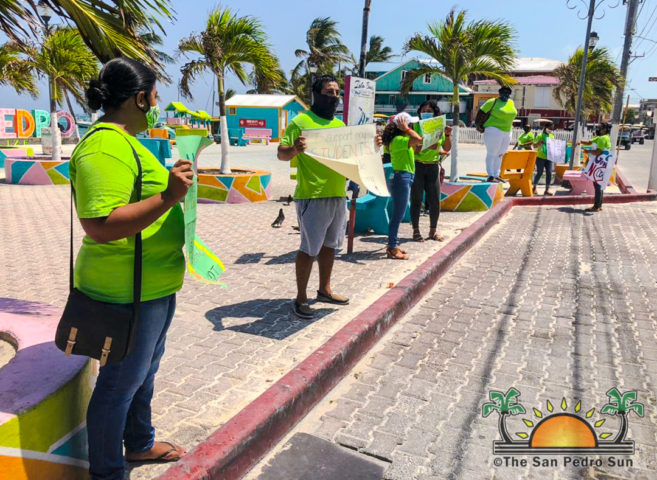 In San Pedro Town, BNTU members walked out of classes around 11AM, and all virtual teaching stopped. At around 1PM, they gathered at Central Park, where they held a peaceful protest. They also marched through the streets of downtown San Pedro signaling their disapproval of GOB’s stance on the proposed salary cut. The government says the salary cut is needed to balance the 2021-2022 national budget. 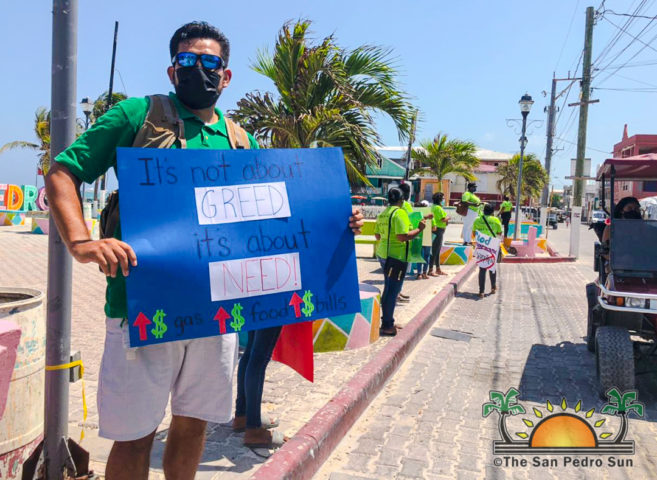 San Pedro’s BNTU member Helen Melendez said that they do not know when they will resume classes. Under the strike, they will not communicate with students or provide in-person classes for those at recently re-opened schools. According to Melendez, they will wait on instructions from BNTU on what is the next step. In the meantime, they will be on a go-slow pace with zero interactions with school duties. 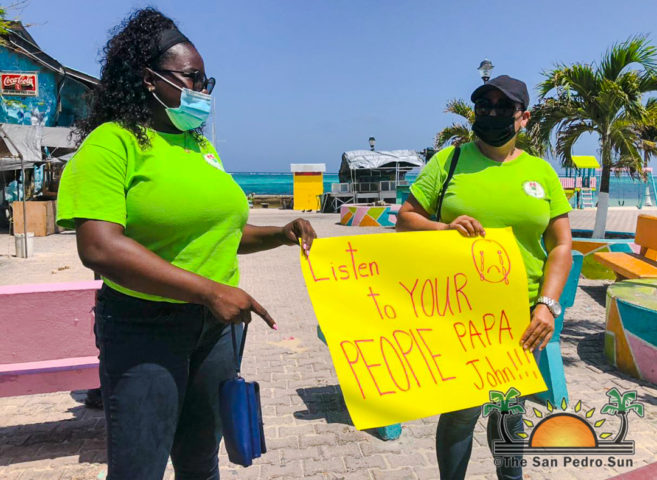 The BNTU wants GOB to return to the negotiating table. They demand the current administration collect unpaid taxes from large companies and look into cutting expenses elsewhere like ministers’ excess of allowances, instead of sacrificing teachers’ and public officers’ salaries. The head of the BNTU, Elena Smith, indicated that the national strike would remain in effect as long as needed until GOB decides against reducing their salaries.